On Wednesday afternoon, Center for American Progress reporter Scott Keyes reported on comments made by Utah Republican Senator Mike Lee. According to Keyes on Think Progress:

Cloaking his predilection for the rich as concern for the less fortunate, Sen. Mike Lee (R-UT) argued Wednesday that raising taxes on the wealthy would primarily hurt the poor. Lee’s comments came on former Arkansas Gov. Mike Huckabee’s (R) radio show as the two discussed the looming fiscal showdown in Congress.

This prospect, frequently repeated by conservatives, that raising taxes on the wealthy will decimate the economy and destroy job creation (and thus hurt the poor) is simply not supported by empirical evidence. As these three graphs show, the nation’s best GDP growth and job creation rate in the last 60 years actually occurred when the top marginal income tax rate was between 75 and 80 percent. The worst period for both measurements occurred when the top rate was 35 percent, as it stands today. In fact, job growth and gross domestic product has little, if any, correlation to the tax rate on wealthy Americans.

First, as I explained last week in a post at Newsbusters refuting similarly misleading statements by Paul Krugman about tax rates and the economy, today’s economy is not comparable to the one seen decades long-gone, for two primary reasons: first, we didn’t have a growing entitlements crisis decades ago. Second, we had never-before-seen economic dominance in the decades following World War II, dominance that is not seen at all today, and our leadership in the field of education has slipped dramatically. So it is wishful thinking to compare today’s economy to the one seen when tax rates were at 80%.

While Keyes is not a Nobel Prize-winning economist, it’s disappointing that he failed to provide context to a key part of his article.

Second, the history of tax increases on the rich shows a distinct impact on the non-rich. Consider that the individual income tax and Alternative Minimum Tax originally targeted the uber-wealthy, yet now greatly impact the middle-class and lower-middle-class. And as graphed by the think tank Just Facts, the Congressional Budget Office expects “bracket creep” to raise taxes on all Americans — including a 71% increase over the next 25 years on a two-parent family with two kids earning the median income.

Now, technically, Lee was making an economic, not a tax argument, against tax increases on the wealthy. But since Keyes never makes this clear, it’s perfectly legitimate to point out how the liberal inclination towards taxing the rich invariably taxes the non-rich.

The Center for American Progress is decidedly liberal, and has been credibly accused of having an unusually close relationship with the Obama Administration, which seems to have made taxing the top 2% of earners its first post-election priority. Never mind that the top 1% earns 50 times as much as the bottom 20%, on average, yet pay 1,500 times as much in taxes. Or that raising taxes on the top 2% of earners would only pay for 1.88% of the next decade’s spending.

Even the Washington Post’s editorial page is calling for President Obama’s leadership on entitlement reform to prevent a fiscal crisis, one that would definitely impact the poor the most. Yet Think Progress and much of the rest of the liberal establishment are refusing to acknowledge these facts, and would rather focus on economically harmful class warfare. 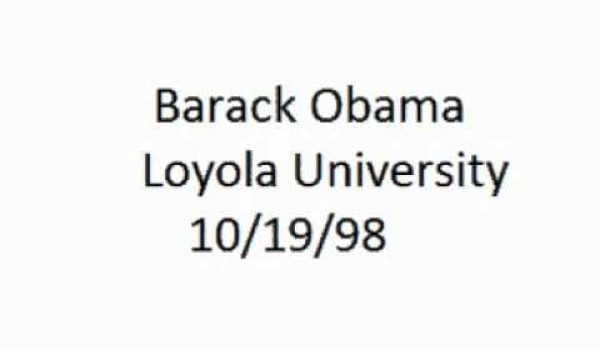