Due to growing corporate welfare, companies now have a powerful incentive to curry favor with government officials, rather than focus on making the best or most affordable products. As the New York Times notes, “Gina Raimondo, the commerce secretary, is the most important phone call in Washington that many chief executives can make these days. As the U.S. embarks on a major foray into industrial policy, she has the responsibility of doling out nearly $100 billion.” That’s unfortunate, because industrial policy has historically been a disaster for the economy, wiping out countless American jobs, and resulting in corrupt payoffs to government officials.

Under laws such as the CHIPS Act, the Commerce Secretary has $100 billion she can hand out to companies and state governments. It’s a recipe for corruption and waste. As the American Institute for Economic Research notes, this summer,

Congress passed Biden-backed legislation known as the CHIPS Act to spend $52 billion subsidizing semiconductor production….The CHIPS Act made Biden the nation’s Semiconductor Czar, and he promised that he would “personally have to sign off on the biggest grants” to companies. What could possibly go wrong?…Last month, Biden and New York Governor Kathy Hochul summoned the media to Syracuse, New York to celebrate subsidies for a Micron semiconductor plant. That plant is not scheduled to even break ground until 2024….The total subsidy per promised job exceeds $600,000 and could rise far higher…..Because the plant will run solely on renewable energy, its production costs could be sharply higher than unsubsidized factories elsewhere in the world. Biden also boasted that the plant would be constructed solely by union members paid high wages dictated by the US Labor Department. The federal and state mandates effectively guarantee that the new plant will be uncompetitive even before the first spade of dirt is overturned. No wonder that Bloomberg News castigated the CHIPS Act as a “boondoggle” that could produce “bloated, wasteful, government-dependent chipmakers demanding yet more handouts a decade down the line.”

Biden bragged, “With Micron’s $100 billion investment alone, we’re going to increase America’s share of global memory chips and production by 500 percent.” But …The New York Times reported that Micron recently “reported a 20 percent drop in fourth-quarter revenue” and “slashed planned spending on factories and equipment by nearly 50 percent in the current fiscal year.”…There is overwhelming evidence that government subsidies to businesses are a very poor way to create good jobs and local economic growth.”

Micron and other chip makers who pocket government subsidies could find themselves junior partners to political appointees and unions, who nowadays have more influence in Washington than private companies. Maybe future green legislators will require semiconductor subsidy recipients to rely solely on windmills to make chips. Commerce Secretary Gina Raimondo boasted that “there’s a lot of strings attached” in the CHIPS Act.

But Commerce bureaucrats have repeatedly disrupted high-tech industries by rotely applying formulas from protectionist laws (such as the antidumping statutes) Congress passed. In 1986, Commerce fabricated unfair trade charges against Japanese semiconductor exports. Those charges were used to browbeat Japan into signing a pact seeking to restrict world-wide semiconductor trade, a shady deal that was extended in 1991. That agreement politically impaled one of America’s most competitive industries. The Commerce Department decreed that imported semiconductor prices must rise by 200 percent, at a time when domestic semiconductor producers could not satisfy domestic demand. That deal destroyed more than 10,000 jobs in companies using chips, according to the Center for the Study of American Business. In 1991, Commerce rubber stamped punitive taxes on the import of computer flat panel displays that devastated American computer makers. But as long as the trade restrictions made a few domestic companies happy, politicians reaped windfall profit in campaign contributions….

Since the Nixon era, the US government has throttled steel imports, relying on periodic quotas, special tariffs, contrived anti-dumping penalties, and other deals. A 1984 Federal Trade Commission study estimated that steel quotas cost the US economy $25 for each additional dollar of profit of American steel producers. Professor Hans Mueller estimated that the quotas resulted in thirteen jobs lost in steel using industries for each steelworker’s job saved. The US International Trade Commission concluded in 1989 that steel import quotas actually increased the US trade deficit, causing a significant increase in manufactured goods containing steel and a decrease of US exports of steel products.

[New York] Gov. Andrew Cuomo appointed Alain Kaloyeros “to build a semiconductor corridor across upstate,” Politico noted. The promised bonanza never occurred. The program collapsed after Kaloyeros and three other officials were convicted for bid-rigging in 2018 and sent to federal prison. But that scandal vanished down the memory hole, clearing the way for a repeat Salvation Show in 2022. Could history repeat with the latest deluge of subsidies?

The CHIPS Act is not the only recent law to expand corporate welfare. On August 16, the Senate voted along party lines to ratchet up government spending by passing the misnamed “Inflation Reduction Act.” Although it is described as a $740 billion spending package, it is likely to cost far more than that, judging by its fine print. For example, taxpayers will be on the hook for more bad loans. As Phil Kerpen notes, the “bill authorizes” the Commerce Secretary, “Jen Granholm to make $250,000,000,000 in loan guarantees for ‘energy infrastructure.’ That’s a lot of Solyndras. If any substantial portion of these loans go bad,” the budget deficit could rise further.

As the New York Post observes, “The bill also dumps another $369 billion into green boondoggles, which also acts as a slush fund for Democrats.” For example, it includes “$60 billion for ‘environmental justice‘”, which entails race-based wasteful spending.

Contrary to its name, the bill won’t cut inflation. “The University of Pennsylvania’s Wharton School examined the bill. Here’s what it concluded: ‘The impact on inflation is statistically indistinguishable from zero.’” Worse, “the Act would very slightly increase inflation until 2024.”

The bill will also result in drug manufacturers raising the launch price of drugs. That will cost consumers more. 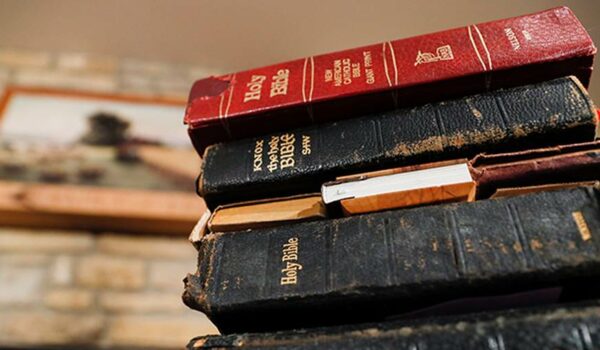 A Quick Bible Study, Vol. 141: The Inspiring Faith Chapter – Hebrews 11
Next Post
Cartoon of the Day: Gov To The Rescue 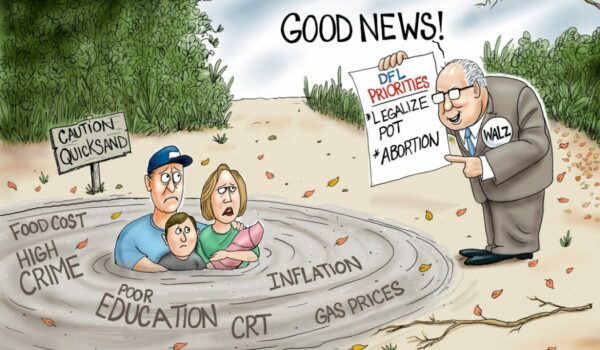