The media appears to have rediscovered political violence the morning of October 28 when news broke that House Speaker Nancy Pelosi’s husband Paul was attacked by a hammer-wielding mad man in their California home.

The days of hysterical coverage that have since followed — certainly warranted to some degree for an alleged attempt on the life of a woman third in line for presidency — nonetheless represent a pattern of disproportionate opportunism that seems to strike whenever the corporate media and Democrats decide certain violence could serve a politically expedient end.

In case they’ve forgotten or would rather not discuss it, here is a small slice of left-wing political violence over the years that has either been excused, dismissed or under-covered.

Three pro-life pregnancy centers were firebombed in the course of one month following a leak of the Supreme Court’s decision to overturn Roe v. Wade in Dobbs v. Jackson Women’s Heath Center. Many of these attacks were carried out by the radical pro-abortion group Jane’s Revenge, which has openly endorsed violence against pro-life individuals and organizations. Multiple pro-life centers, in Colorado, Virginia, Oregon, and other states, were vandalized or firebombed in the week after the Dobbs decision came out.

The NY Times summarizes the post-Dobbs reaction nationwide, and doesn’t even mention the attacks on cops, government buildings and pro-life pregnancy centers.

The only reference to violence comes in graf 35, citing the guy who slapped Giuliani on back. pic.twitter.com/aCbKpdfdTz

Republican New York gubernatorial candidate Lee Zeldin was attacked on stage during a July campaign rally. The suspect shouted “you’re done,” then rushed stage with a knife. While some on the left, such as President Biden and New York governor Kathy Hochul, condemned the attack, the media was relatively silent on what was effectively an assassination compared to their breathless coverage of the Pelosi attack.

Don’t forget that Lee Zeldin was attacked at a campaign event. Did you know? It got very little national media attention.

During the riots following George Floyd’s death in Minneapolis police custody, leftist media ran cover for activists who torched American cities. Infamously, CNN described August riots in Wisconsin as “fiery but mostly peaceful protests” while live reporting in front of towering flames. An MSNBC reporter in May also reported live from a riot in Minneapolis, saying, “I want to be clear on how I characterize this. This is mostly a protest. It is not generally speaking unruly.” As he said this, a building burned in the background of the footage. These riots caused an estimated $1 billion in damages and 24 deaths. (RELATED: 24 People Have Died Since Violence Erupted Following George Floyd’s Death)

A man armed with a handgun, a knife, pepper spray, and other potentially lethal items, was arrested outside Supreme Court Justice Brett Kavanaugh’s home in June, following the leak of the Dobbs opinion. Twenty-six-year-old Nicholas Roske said he meant to kill Kavanaugh, saying he was motivated by the leaked opinion that turned abortion back to the states. The night after the attack, pro-abortion protestors still showed up to demonstrate outside the justice’s home.

But The New York Times’ coverage of the incident was buried below the fold of their paper, as Guy Benson pointed out on Twitter.

Even a CNN analyst noticed the left’s double standard about political violence. David Gregory called out the left on live TV, saying, “the truth is that a lot of people on the left who are in political power are being so hypocritical about this.” (RELATED: McConnell, Senate Republicans Blame ‘Unhinged’ Rhetoric For Attempted Attack On Kavanaugh)

“They lecture us all the time about the excesses of the right, including Donald Trump on Jan. 6, fomenting mob violence. And yet they’re out there countenancing as they have with statements before that it’s okay to stand outside these people’s homes,” Gregory said.

In 2017, a volunteer for the Bernie Sanders presidential campaign opened fire on a Republican practice session in preparation for the Congressional Baseball Game. The gunfire wounded Republican Whip Steve Scalise. It is clear the shooter was targeting Republicans, as he asked a passerby which political party was practicing on the field before opening fire. The shooter was also an avid fan of MSNBC’s Rachel Maddow. (RELATED: Rep. Steve Scalise Slams Dem Candidate’s Tweet About 2017 Baseball Shooting) 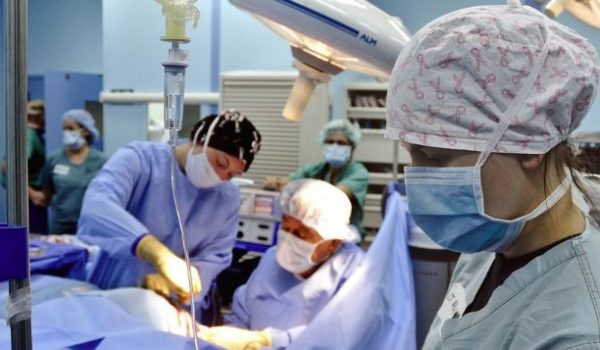 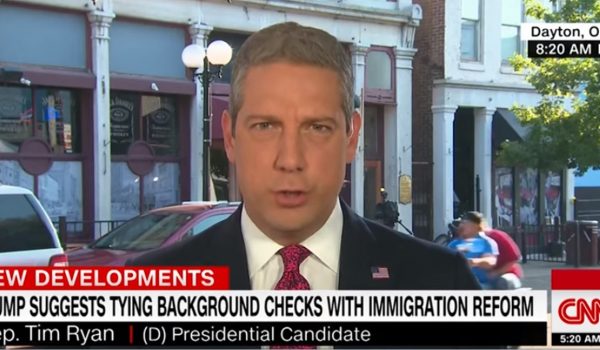