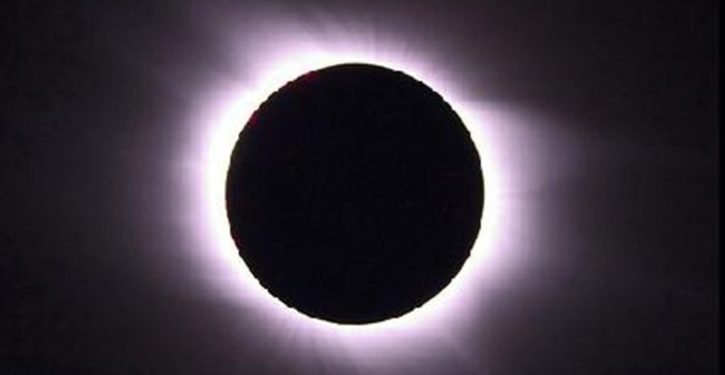 Is this a cosmic sign? Is the universe sending a message to American voters? Nov. 8 commences with a grand convergence of political and lunar events. Long ago set in motion and destined to collide is Election Day with a total lunar eclipse, also known as a Blood Moon.

The moon’s “maximum eclipse” occurs at 5:59 a.m. (EST). Thus, as millions of voters turn off their alarms, the Earth moves across the moon, turning it a scary orange-red color. The coincidentally-timed event will unnerve millions of Americans already on edge about impending Election Day chaos. Others will joke that the “man in the moon” is a Republican signaling a victorious red wave.

Aside from the lunar eclipse and a full moon that will induce much election night political howling, there are seven reasons why the midterm elections could be historic with lasting ripple effects. Addressing these reasons, I offer Donald Trump’s favorite go-to phrase, “We’ll see what happens.”

Speaking of the former president, his aura and gravitational pull on the political universe align with the orange Blood Moon, while his Earthly presence directly or indirectly impacts most of the following reasons.

Turnout could be record-breaking

According to U.S. Census Bureau data based on the “percentage of the citizen voting-age population that voted,” the trend line tells the story. Consider the 2010 midterms, when turnout was 45.5 percent but fell to 41.9 percent in 2014. Then in 2018, turnout jumped to 53.4 percent, sparked by President Trump’s polarizing effect on the electorate.

Reports say early voting is robust, and “Midterm Turnout Looks Primed to Reach Historic Levels Again” — the headline of a recent Morning Consult survey. However, which party will benefit from “historic levels” of turnout is unclear.

The polling industry’s credibility is on the line

Again, using Census data from the 2018 midterms, 55 percent of eligible women voters cast ballots, up from 43 percent in 2014. And this year, many are energized about abortion, inflation and crime. Younger Americans could also affect close races. In 2018, 36 percent of those aged 18 to 29 voted, compared to 20 percent in 2014. Morning Consult’s survey affirms, “America’s youngest voters, who showed up in record numbers in 2018, say they are just as sure about their plans to vote now as they were then.”

The growth of Hispanic/Latino voters could be epic

Hangovers from the 2020 presidential controversies (real or imagined) could plague midterm results. This week an AP/NORC poll found, “Only about half of Americans have high confidence that votes in the upcoming midterm elections will be counted accurately.”.

A Hill report headlined “GOP election deniers spark alarm about 2024” framed the problem. An “unnamed GOP strategist” said, “‘The more you call into question an election without ever providing proof, or backing up your findings, the more you make people less inclined to participate in the process.’”

Even if their candidates lose, voters’ belief in the integrity of elections and accepting the results is a foundational hallmark of American democracy. But currently, a majority of Americans believe “democracy is not working well.” The 2022 midterms bear a historical burden that will either restore or decrease election integrity heading into the 2024 presidential cycle, which begins the next day.

Open Secrets, an organization that tracks campaign spending, conservatively estimates that midterm elections spending will top $9.3 billion. By comparison, $7 billion was spent during the 2018 midterms, a jump from $4.7 billion in 2014. Is there a reason why spending is at extreme levels? OpenSecrets Executive Director Sheila Krumholz said, “Spending is surging across the board this midterm cycle, fueling a polarization vortex that shows no signs of slowing.” Sadly, each side believes that if the other side wins, the nation is imperiled and democracy is threatened.

Trump’s name is not on the ballot, but his hand-picked acolytes are stand-ins for MAGA Trumpism. Thus, do votes for GOP candidates also count as votes to bring Trump back to Washington?

Furthermore, if Republicans win control of the House, Senate and hotly contested gubernatorial races, expect that Trump will claim copious amounts of credit. As heralded, the former president may announce his decision to seek the 2024 Republican nomination before Thanksgiving.

Then 2023 could be Trump’s year of revenge. Conceivably he will encourage or pressure House Republicans to impeach President Biden (and many need no encouragement).

All the above beg two questions: First, is there a powerful cosmic meaning to a Blood Moon — lunar eclipse on Election Day? Second, will Pink Floyd’s “The Dark Side of the Moon” be the top trending album on Nov. 8?

Crossd-posted at The Hill and Substack.