Is it child abuse to refuse to call your rebellious child by the made-up pronouns she prefers (like “ze” or “zir”), or to decline to treat her as a boy? It would be under a Virginia Democratic delegate’s proposed legislation. And even without that legislation, there are social workers who view that as child abuse. Washington, DC’s ABC news station, channel 7, reported:

Virginia parents could face a felony or misdemeanor charge if they do not affirm their child’s sexual orientation and gender identity, according to a state lawmaker with plans to introduce the legislation in Virginia’s upcoming legislative session…..In an interview with 7News, Del. Elizabeth Guzman confirmed that she will be reintroducing the proposed bill this upcoming General Assembly session….Guzman is a social worker….Her bill would expand the state’s definition of child abuse and neglect to include parents who do not affirm their child’s gender identity or sexual orientation.

During an interview with 7News, Del. Elizabeth Guzman explains to Reporter Nick Minock how this proposed bill would be implemented.

“If the child shares with those mandated reporters, what they are going through, we are talking about not only physical abuse or mental abuse, what the job of that mandated reporter is to inform Child Protective Services (CPS),” Guzman told 7News. “And then that’s how everybody gets involved. There’s also an investigation in place that is not only from a social worker but there’s also a police investigation before we make the decision that there is going to be a CPS charge.”

“What could the penalties be if the investigation concludes that a parent is not affirming of their LGBTQ child? What could the consequences be?” 7News Reporter Nick Minock asked Guzman on Thursday.

“Well, we first have to complete an investigation,” Guzman answered. “It could be a felony, it could be a misdemeanor, but we know that CPS charge could harm your employment, could harm their education, because nowadays many people do a CPS database search before offering employment.”

“No, it’s not. It’s educating parents because the law tells you the do’s and don’ts,” Guzman answered. “So this law is telling you do not abuse your children because they are LGBTQ.”

“Do you think this infringes on free speech or religious freedom at all?” Minock asked Guzman….What do you tell those parents who might be learning about this bill who don’t feel like they want to necessarily affirm what their children are feeling when it comes to their sexual orientation or gender identity?”

“I’ve been asked that question by knocking on doors,” Guzman answered. “The Bible says to accept everyone for who they are. So that’s what I tell them when they asked me that question, and that’s what I will continue to tell people. You know, we all have a commitment to God. And for those believers out there, we know that there’s life after life, and there is going to be a conversation between that person and God and that’s what we’re after — to go by what the Bible says. It is not my job to judge anyone. It is my job to help people.”

“I think that it’s extremely important that we show that as a community we are ready to accept each other for who they are and whom they love,” Guzman told 7News. “And this is not a bill that will agitate parents because we haven’t seen any parents to come against it.”

After a public outcry against Guzman’s proposal, it became clear that her legislation has no chance of passing the Republican-controlled Virginia House of Delegates, due to GOP opposition. Republican Governor Glenn Youngkin’s spokeswoman had criticized “Democratic lawmakers in Virginia” like Guzman for seeking “to criminalize parents.” The Virginia GOP criticized Delegate Guzman for allegedly wanting “set the POLICE on you and charge you with a FELONY if you refuse to give your kids puberty blockers and irreversible sex change surgery.”

(Democrats may retake the House of Delegates in 2023, through, because polls show 46% of Virginia voters prefer Democratic candidates, compared to 40% who prefer Republicans. Virginia’s popular Republican Governor Glenn Youngkin will not be on the ballot in 2023, and thus will not be able to carry Republicans into office on his coattails, as he did in the 2021 election, when high Republican turnout cost Democrats control of the Virginia House of Delegates, which they had controlled from 2019-2021.)

Accepting the inevitable, Virginia Democrats said they would not seek to pass any legislation in 2023 requiring parents to support sex changes for their children (such as getting their child puberty blockers or gender-reassignment surgery). They indicated they would not even push Guzman’s legislation in the 2023 legislative session. Guzman’s legislation is designed to force parents to affirm their children’s gender identity, by classifying failure to do so as emotional abuse, but it does not mention “gender-affirming” medical care such as sex-reassignment surgery or puberty blockers. Guzman’s bill was designed mainly to expand the concept of emotional abuse to include what are perceived as anti-LGBT attitudes. The FDA recently warned of serious side effects tied to puberty blockers.

Despite the fact that Delegate Guzman’s legislation will not pass anytime soon, some progressive judges and social workers continue to view it as abuse to treat a child as their biological sex if they object, and continue to view it as abuse if you do not use their preferred pronouns (including made-up pronouns like “ze” and “zir”). Existing laws against child abuse are vague enough in some states that they could be used by transgender rights advocates to seize children from parents who do not affirm their alleged gender identity.

A judge ordered a father to use the gender pronoun preferred by his child, rather than the pronoun associated with the child’s biological sex, or face jail. The judge ruled that it was hateful emotional “violence” for the child’s loving father to keep using the pronoun he had been using since the child’s birth. As Tyler O’Neil notes at PJ Media:

Last month, the Supreme Court of British Columbia issued an order that a father (referred to by the pseudonym “Clark”) may not refer to his 14-year-old daughter (pseudonym “Maxine”) as a girl or by her original name, whether in public or in private. Doing so has been ruled to constitute “family violence” because Maxine identifies as a boy. According to a separate protection order, police may immediately arrest Clark if they suspect he violated this Orwellian order.

Justice Francesca Marzari ruled that any attempt to persuade Maxine that she is a girl constitutes “family violence” because it would cause her “psychological abuse in the form of harassment or coercion.” Since she is receiving “treatment” for gender dysphoria (the persistent identification with the gender opposite her biological sex), any encouragement to reconsider that “treatment” is considered violence.

Clark “shall be restrained from: attempting to persuade [Maxine] to abandon treatment for gender dysphoria; addressing [Maxine] by his birth name; and referring to [Maxine] as a girl or with female pronouns whether to [Maxine] directly or to third parties.” The order will last for one year.

In addition to these gag provisions, the order prohibits Clark from “directly, or indirectly through an agent or third party, publish or share information or documentation relating to [Maxine]’s sex, gender identity, sexual orientation, mental or physical health, medical status or therapies,” besides the Court, legal counsel, medical professionals, or any person authorized by Maxine or the Court.

“This Court has already determined that it is a form of family violence to [Maxine] for any of his family members to address him by his birth name, refer to him as a girl or with female pronouns (whether to him directly or to third parties), or to attempt to persuade him to abandon treatment for gender dysphoria.”

Jamie Shupe gives one example in “I was America’s first ‘nonbinary person.’ It was all a sham.” Jamie Shupe is, in fact, male, as he notes in the Daily Signal. But he wanted in vain to be a woman, due to a condition known as “autogynephilia.” When his therapist expressed skepticism about whether he would actually benefit from trying to change his sex, he filed a “formal complaint” against her, and found a new therapist, who readily affirmed his new “identity as a woman.” But eventually he changed his mind and decided he was nonbinary, not female:

When the fantasy of being a woman came to an end, I asked two of my doctors to allow me to become nonbinary instead of female to bail me out. Both readily agreed. … To escape the delusion of having become a woman, I did something completely unprecedented in American history. In 2016, I convinced an Oregon judge to declare my sex to be nonbinary — neither male nor female.

[T]he judge didn’t ask me a single question. Nor did this officer of the court demand to see any medical evidence alleging that I was born something magical. Within minutes, the judge just signed off on the court order.

A sensible magistrate would have politely told me no and refused to sign such an outlandish legal request. “Gender is just a concept. Biological sex defines all of us,” that person would have said. … In January 2019, unable to advance the fraud for another single day, I reclaimed my male birth sex.

Judges’ erroneous rulings in his favor harmed other people. Back when he identified as a woman, before being declared “nonbinary,” a Pennsylvania judge allowed him to change his name and thus evade thousands of dollars in debts to his creditors:

Wanting to help a transgender person, she had not only changed my name, but at my request she also sealed the court order, allowing me to skip out on a ton of debt I owed because of a failed home purchase and begin my new life as a woman. Instead of merging my file, two of the three credit bureaus issued me a brand new line of credit.

There is no judicial consensus in favor of transgender people’s “right” to be called by their preferred pronouns. Indeed, a federal appeals court ruled that professor had a First Amendment right not to use a transgender student’s preferred pronouns, in Meriwether v. Hartop, 992 F.3d 492 (6th Cir. 2001). 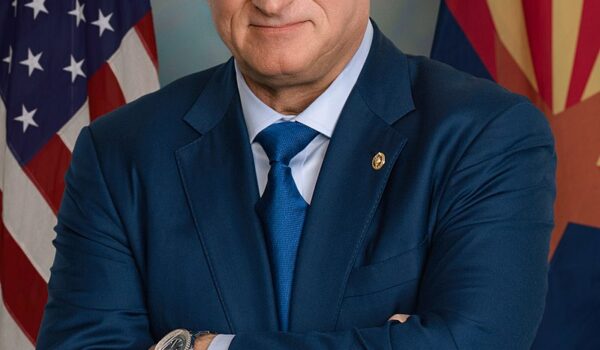