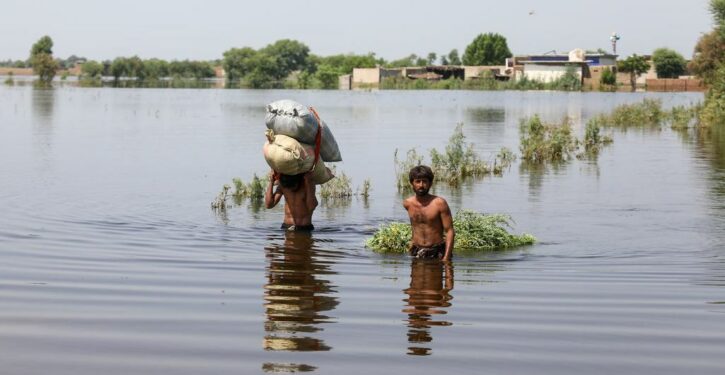 Since June, floods in Pakistan have killed at least 1,700 people. The floods were caused by heavier than usual moonsoon rains and melting glaciers that followed a major heat wave. It is the world’s deadliest flood since 2017. In late August, Pakistan said around “one-third” of the country’s inhabited areas were under water, affecting 33 million people. Pakistan’s government says the country has suffered $40 billion in losses from the flooding, amounting to more than a tenth of Pakistan’s annual economic output.

About half of the dead are in Pakistan’s southern Sindh province. The dead in Sindh include at least 300 children. At least ten million people in Sindh have been displaced by the floods. About 2500 square miles of farmland have been swept away by the floods.

In Jacobabad, which has been called the world’s hottest city, more than 40,000 people are living in temporary shelters with limited access to food. Hundreds of millions of dollars in humanitarian aid have been given to Pakistan by the United States and the World Bank.

CNN reports on what life is like for some in Pakistan’s Sindh province following the floods:

The baby sleeps listlessly on the hospital bed, her frail and dehydrated body fighting for survival. Next to her lies a motionless infant wrapped in a white cloth, who died just minutes earlier.

One hour later, another child succumbs to her illness. Her weeping grandmother watches in despair as doctors also wrap her in white.

The children died from cholera, an acute diarrheal illness contracted by drinking water contaminated with bacteria.

And they were not the only ones.

More than 10 children die every day at the Mother and Child Healthcare Hospital in Pakistan’s Sindh province alone, according to doctors at the facility – all from water-related ailments stemming from this summer’ devastating floods that submerged a third of the country.

Dozens more children sleep cramped together on beds in the facility’s emergency room; some unconscious from their illness, others crying in pain. Pale and lethargic, their protruding ribs and bulging eyes are all symptoms of malnourishment.

Exhausted parents wait in the room next door in deafening silence. Numb and defeated, they do not know if their child will make it out of the hospital alive.

“The floods came and the rain fell. And then our patients came in like the floods,” said Dr. Nazia Urooj, physician in-charge at the hospital’s children emergency unit.

Below is an aerial view of the city of Shadadkot covered in floodwaters in September.

Academic job rewards hostility to ‘western scientific ways of knowing,’ such as objectivity and the scientific method
Next Post
Cartoon of the Day: Keep America Laughing 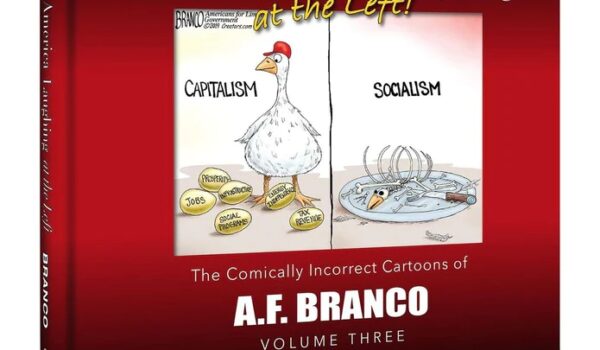