Are you ready for it? The two-year presidential campaign marathon is at the starting line, juiced on steroids with chaotic, unparalleled circumstances, legal predicaments and scars from 2020. This high-stakes power race stars complex characters with plot lines beyond scriptwriters’ imaginations.

You can monitor their chances at PredictIt, the popular online betting market, which asks, “Who will win the 2024 US presidential election?”

Although the numbers continuously fluctuate, Trump, DeSantis and Biden are in a three-way race, ranging from 26 to 23 cents each. Then, lagging behind are Harris and Newsome, tied at 8 cents.

Meanwhile, consider The Hill’s recent headline: “Most Americans don’t want Trump or Biden to run in 2024.” According to the Harvard CAPS/Harris poll, “two-thirds of voters surveyed – 67 percent – said that Biden shouldn’t seek another term..” And 57 percent were against another Trump campaign.

The Hill also reported ominous statements from the poll’s co-director Mark Penn: “Americans want a clear change from this president and the last one,” and “There will be a virtual voter revolt if these are the two candidates once again.”

Remember those foreboding messages as we discuss 2024’s potential drama, first from the Democrats’ perspective.

During Biden’s “60 Minutes” interview on Sunday, he sent a clear smoke signal of uncertainty. After speaking about his “intention” to stand for reelection, Biden asked, “But is it a firm decision that I run again? That remains to be seen.”

And here is another no-go hint from a campaign management perspective. NBC reported that Biden’s reelection plan will “rely heavily on the resources of the Democratic National Committee and only have a small campaign staff…” Translation: Some Democrats are “unconvinced” Biden is running and only “going through the motions” that “could transfer to a different nominee if he stands down.”

More translation: Biden wants to avoid early “lame duck” status, which could have political and national security implications in these exceedingly perilous times.

The last president to withdraw from reelection was Lyndon Johnson, who made his surprise announcement on March 31 of the 1968 election year. But campaigns are much longer now, and Biden must announce by mid-2023.

The president, who turns 80 in November, subtly appears to be setting the stage for withdrawing from a reelection race, which would result in the drama shifting to Kamala Harris.

But the vice president is not highly regarded, with an average unfavorable rating of 51 percent and 37 percent favorable. Harris is also considered a weak national candidate. She quickly bombed out of the 2020 presidential race, withdrawing in December 2019.

The Democrats will not easily dislodge an incumbent VP – a woman of color who represents the party’s largest demographics.

Indeed, the prospect of a historic “President Harris” could successfully maintain those voter group majorities. She will have tough primary opposition, but never underestimate the advantage and power of incumbency.

So how do challengers respectfully attack VP Harris during a primary or general election when she is one tragic breath away from becoming the early 47th president? Very carefully.

Then there is the question of Biden’s primary endorsement. If the president chooses not to endorse his logical successor, it could prove politically embarrassing and detrimental to both. Gavin Newsom will be watching closely after “undeniably, unequivocally” gearing up for a likely primary fight against Harris — two liberal California natives at war.

Speaking of primary fights, among Republicans, “fight” fails to capture the apocalyptic mega-MAGA battle if Trump and DeSantis are primary opponents.

Regarding the twice-impeached one-term president, a Sept.15 Hill headline speaks volumes: “Trump says he ‘can’t imagine’ being indicted, argues it wouldn’t deter running again.” And if indicted, he hinted at “problems” (Trump-speak for violence). Then on Tuesday, this bombshell Washington Post headline: “Trump lawyers acknowledge Mar-a-Lago probe could lead to indictment.”

So what could happen first? Attorney General Merrick Garland indicts a former president, or does that former president declare his 2024 candidacy? Just imagine the dangerous optics: Trump facing trial, riling up angry crowds at campaign rallies.

While Trump seeks drama and revenge, he is the clear winner of the RealClearPolitics  GOP nomination poll average — 52 percent to DeSantis’s 23 percent. But that average reflects polls taken before DeSantis flew Venezuelan migrants to Martha’s Vineyard — endearing the governor to the national MAGA base.

Further aggravating Trump, reportedly, DeSantis’s campaign goal is to win reelection (and bragging rights), exceeding the 3-point margin that Trump won Florida by in 2020. Noticeably and successfully, DeSantis has adopted and perfected Trump’s fighting style in his own policy-wonk kind of way. Undoubtedly, in head-to-head primary debates, these two could fill stadiums.

Quit Big Oil: Our health is a stake Emancipation Proclamation still has lessons for us today

Ultimately, no matter whether, when or how Trump leaves the primary stage or stays enmeshed while in legal jeopardy, expect the most dramatic campaign in modern history.

Then, if it’s Trump or DeSantis who challenges Harris or Newsom, the 2024 election will be branded MAGA vs. California — the reddest red vs. bluest blue. Those colors are the new “blue vs. gray” — reflecting the most divided the nation has been since the Civil War. Sadly, in 2024, such a conflict can happen again. 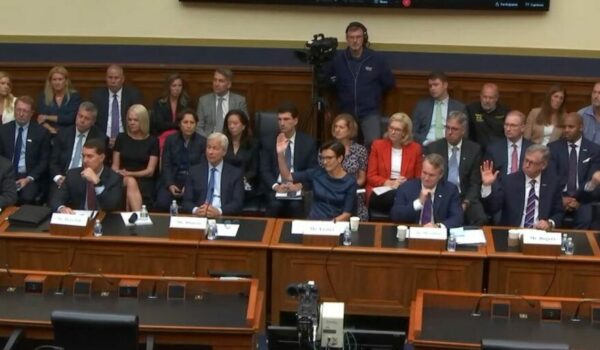