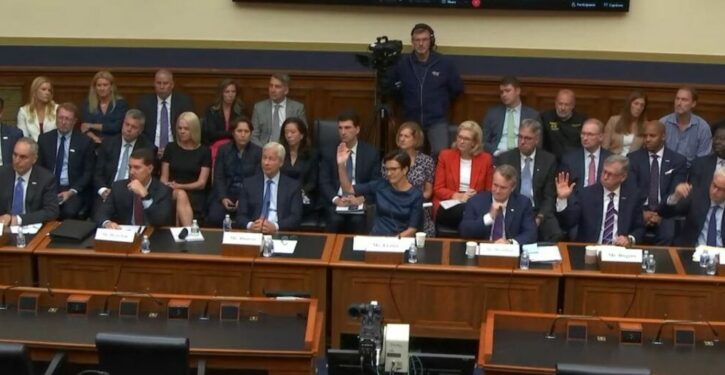 The committee invited CEOs of some of the biggest banks in the country, including PNC, JP Morgan Chase, and Bank of America, to testify about their business practices. Democrats on the committee, led by chairwoman Maxine Waters of California, have claimed that banks are treating non-white and poorer customers unfairly, while Republicans worry that major financial institutions are promoting left-wing causes through environmental, social, and governance (ESG) investing. Two Democrats on the panel asked pointed questions about the racial composition of the banks’ senior staff, suggesting that they would be unable to fulfill their missions without diverse employees.

Democratic Texas Rep. Al Green alleged that several of the present banks continue to benefit from slavery, asking their CEOs if they believe they have “done enough to atone for slavery.” None of the CEOs raised their hands.

“Will you publicly publish an atonement plan on or before your next appearance before this committee?” Green asked, as no attendees raised their hands.

The congressman then asked if any of the banks plan to have a “person of color” take over in the next ten years, with only Truist Bank answering yes. (RELATED: REPORT: House Republicans To Investigate Chamber Of Commerce Over ESG If They Take The Majority)

Ohio Rep. Joyce Beatty, the chairwoman of the Congressional Black Caucus, made similar points as Green. She described herself as a “guardian” of “diversity and inclusion,” while suggesting that minority groups open bank accounts at lower rates because they do not see bank employees who are the same race as them.

“If we’re going to talk about justice, if we’re going to talk about democracy and fairness, then we can’t get to all the other things, whether it’s intelligence, whether it’s cybersecurity, if you don’t reflect the people that put all those dollars into your bank,” Beatty claimed. While she acknowledged that many banks have “moved the needle” on those issues, she asserted that they “sucked before that.”

“Congressman Green asked you about the future, and that’s really good, but I want to talk about the present. How many people have someone who would represent diversity that reports to you?” Beatty asked, as a majority of witnesses raised their hands.

“How many people have taken a DNI [diversity and inclusion] or someone into their board of trustees room and done a report on DNI,” she asked, as all witnesses raised their hands. “You can do so much more,” Beatty then told the witnesses.

Several testifying CEOs run banks that promote ESG investing. Wells Fargo and JP Morgan Chase were among the five banks who lost contracts with the state of West Virginia following allegations that they are “boycotting” fossil fuels. U.S. Bancorp changed its policies rather than lose out on business with West Virginia. 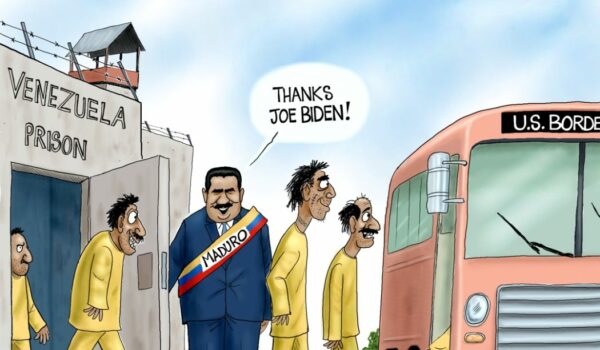 Cartoon of the Day: Prison Reform
Next Post
Your way-too-early 2024 presidential election preview