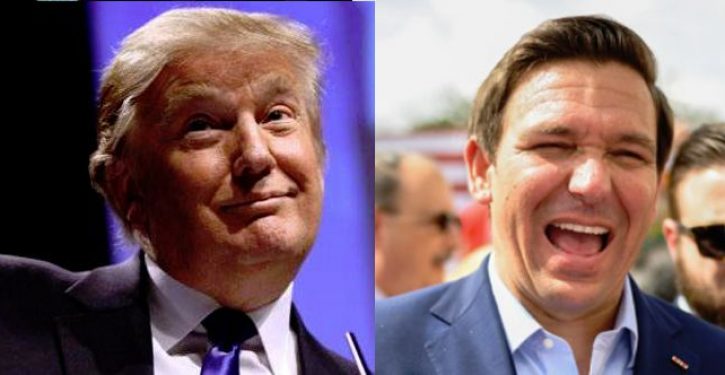 Republican Gov. Ron DeSantis of Florida would defeat former President Donald Trump in a GOP primary, according to a new poll by Suffolk University and USA Today.

DeSantis would beat Trump 48% to 41% in a hypothetical Republican primary election in the state for the party’s 2024 nomination, the poll showed.  the poll is a stark reversal of fortunes for Trump, where in February he was beating DeSantis 47% to 40%.

Florida became Trump’s home state after he legally changed his domicile from New York during his presidency. Since leaving office, he has lived in Palm Beach, Florida at his Mar-a-Lago Club, which was searched by the FBI in August as part of a criminal investigation into alleged mishandling of classified information.

The raid, coupled with Trump’s continued insistence that the 2020 election was “stolen” and a spate of legal troubles in multiple states, appears to have coincided with a decline in popularity, according to an analysis by NPR. Trump’s general favorability rating has fallen by five percentage points since March of this year and currently sits at 41.6%, per RealClearPolitics’ average of all polls.

Among registered Republicans nationwide, Trump’s approval is 73%, per a Quipinniac University survey in August. It is a substantial decline from Trump’s 90% approval rating among party members, shortly after the 2020 presidential election, per Gallup.

Apart from the FBI’s search and ongoing investigation, Trump is the focus of a Georgia criminal investigation regarding his alleged attempts to change the state’s electoral votes for the 2020 election, in which he lost to then-candidate Joe Biden by 11,779 votes or 0.23%, a figure confirmed after a mandatory recount. Additionally, his conduct on Jan. 6, 2021, is the focus of a House Select Committee investigating the storming of the U.S. Capitol on that day.

Trump was additionally sued for $250 million Wednesday by Democratic Attorney General Letitia James of New York, whose complaint alleged “years of financial fraud” by his main enterprise, The Trump Organization, to obtain loans and preferential tax arrangements for construction projects.

Meanwhile, DeSantis has cut a prominent profile among Republicans nationally for his conservative policies in Florida, centered on his approach to Covid-19, whereas the state removed mask and vaccine mandates long before others, against the advice of some health officials, and did not experience a proportionate surge in cases.

Other DeSantis policies that have won plaudits from conservatives include his opposition to transgenderism and critical race theory in schools, restrictions on late-term abortions after the Supreme Court overturned Roe v. Wade and, most recently, transportation of illegal immigrants to northern sanctuary cities through state-sponsored flights. (RELATED: ‘Give Me A Break’: DeSantis Responds To Critics Of Martha’s Vineyard Migrant Flights)

“The biggest stunt was Biden coming into office and reversing Trump’s policies.” 🎤🔥

DeSantis, who is running for re-election to a second term in November, has denied that he’s considering a run for the presidency. Though observers largely expect Trump to launch a campaign after November’s midterm races, he has made no clear announcement about running.

President Joe Biden said on CBS’s 60 Minutes that he will decide on whether to run in 2024 after the midterms, though he has said he wishes to seek re-election.

The USA Today & Suffolk poll surveyed 500 likely voters in the state and had a margin of error of 4.4%.

Neither DeSantis nor Trump responded to a request for comment from the Daily Caller News Foundation. 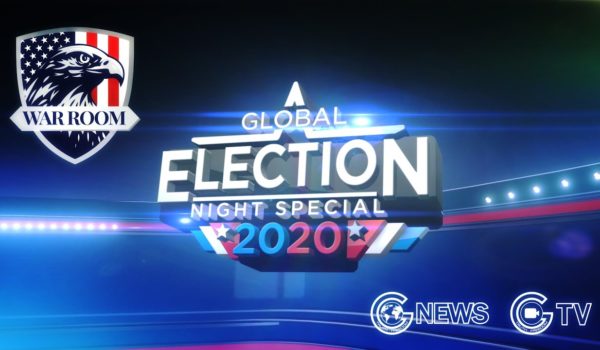