Here I lauded the Supreme Court’s decision in the Dobbs case.  I did so because Roe vs. Wade was badly decided, ahistorical and at times illogical.  It was a blight on constitutional jurisprudence and the institution of the Supreme Court.  But more importantly, I approve of Dobbs because I have long believed that the issue of abortion is amenable to but one solution – the push-pull of democracy, i.e., precisely where the decision places it.

Fifty years ago, the courts shanghaied the issue away from state legislatures and held it as a near-absolute constitutional right.  That created abortion rights more liberal than almost anywhere else in the world, but it also left those who disagreed with the decision rightly feeling that their legitimate points of view were both unheard and unimportant.  Deciding abortion rights bit by bit in state legislatures across the country would be, I believed, the only way in which this society could finally find its “angle of repose” on the issue.

Because Roe made the right to an abortion all but unassailable and five decades of trying to limit it produced little or no change, the debate that continued to rage amounted to nothing but hot air.  However cogent may have been the pro- and anti-abortion arguments they had no practical effect; Roe, and the right it created, remained the same.  That meant the sides mostly just talked to themselves, received support from the like-minded and developed a narrative of the opposition as simply a bête noire.  (So, if you favor limitations on abortion rights, you hate women; if you favor abortion rights, you’re a baby murderer.)  And, because echo chambers aren’t forums for reasoned debate, they never refine arguments and always allow them to drift toward extremes.  That, plus the fact that the opposing sides had no real-world impact on policy, meant the competing positions became (a) extremist, (b) lacking in nuance and (c) set in stone, a situation that cried out for correction via the democratic process.

That brings us to Kansas.

There, anti-abortion forces emerged from their echo chamber and placed on last week’s primary ballot a very interesting referendum question.  The state Supreme Court had, in 2019, ruled that Kansas’ Constitution guaranteed abortion rights.  Anti-abortion advocates wanted to overturn that decision, so their referendum asked voters whether they wanted the matter to be decided by the legislature instead of seven justices.  By a whopping 59% – 41% voters said “no.”

Now, at first, I found that strange.  Why would voters, in a democratic election, reject the idea of deciding the issue of abortion rights democratically?  I didn’t get it.

But now I suspect that the voters were probably saying something fairly intelligent and nuanced – that Roe had only recently been invalidated and that they’re concerned about how extreme the legislature’s response to the Dobbs decision might be.  After all, several states like Oklahoma and Missouri have all but absolute bans on abortion.  Clearly, Kansans want something less extreme.

Perhaps more importantly, the state Supreme Court’s decision in no way forecloses all restrictions on abortion rights.  It simply says that the state constitution’s Bill of Rights guarantees bodily autonomy and therefore secures the right to an abortion and that any state statute to the contrary must overcome the “strict scrutiny” of the court.

At the heart of a natural rights philosophy is the principle that individuals should be free to make choices about how to conduct their own lives, or, in other words, to exercise personal autonomy. Few decisions impact our lives more than those about issues that affect one’s physical health, family formation, and family life. We conclude that this right to personal autonomy is firmly embedded within section 1’s natural rights guarantee and its included concepts of liberty and the pursuit of happiness.

Personally, I consider that dubious reasoning at best, but for now at least, it’s the law in the Sunflower State.  What limitations, if any, on that right the high court might find constitutionally permissible, remain to be seen.  But I can easily see the justices approving a law that restricts abortion rights to, say, the first 15 weeks of pregnancy.  After all, that would allow women to protect their own bodily autonomy by ending a pregnancy while also protecting the bodily autonomy of the fetus at a reasonably advanced stage of its development.  To me, the question will become at what stage does the fetus acquire “bodily autonomy” in the eyes of the court.  Fetal heartbeat?  Some later stage of development?

Whatever the result in Kansas, the referendum’s results teach at least one important lesson.  Placing the matter on the ballot removed it from the anti-abortion echo chamber and situated it solidly in the “real world.”  That meant arguments in favor of the referendum question had to appeal to the great body of Kansans, some of whom agree with them in part, some in whole and some not at all.  Unsurprisingly, the extreme position that could have banned abortion entirely was overwhelmingly rejected.  Yes, Dorothy, you’re still in Kansas, but it’s a diverse place and not all its voters agree with you.  Ideology met democracy and democracy won.  Extremism met moderation and moderation won.

My guess is that pro-abortion forces will learn a similar lesson in another time and place.

There’s nothing like democracy to cut hubris down to size and demolish the certainty of one’s own rectitude.  It’s an ongoing process.  The issue of abortion rights will be decided gradually over the coming few years and extremists on both sides will learn important lessons, many of them the hard way. 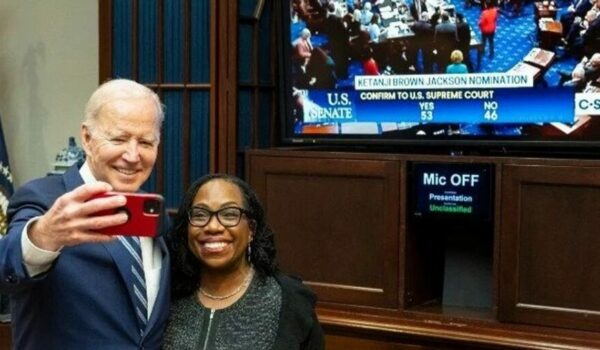