This post follows this one in which I outlined modest steps toward reforming police behavior and police departments.  In the first, I argued for commonsense restrictions on – but not abolition of – the legal doctrine of qualified immunity for individual officers.  Here I urge a more rigorous process for identifying, retraining and potentially disciplining officers found to have violated the law, departmental rules or police training.

So the “defund” movement is ebbing, but its consequences continue.  As but one example, the Seattle Police Department now employs fewer than 60% of the officers it sets as its goal, and that number is still falling with no end in sight.  In short, the police are necessary to combatting crime, and cutting their pay, whittling away manpower and replacing officers with platoons of social workers are lousy ideas, just ideology masquerading as policy.

Still, few would argue that the everyday practice of policing in this country is above reproach.  Far too often we see officers’ unnecessary use of violence and abuse of power.  Everyone with Internet access has seen instances in which the police behave as if they are the law and that, whatever they do, they’ll face no meaningful consequences.  Phone videos of Derek Chauvin as he snuffed the life out of another human being show a man utterly unperturbed by any prospect of criminal or civil penalties or departmental discipline.  That he turned out to be wrong was nothing but a stroke of bad luck for him.

To improve policing and the community’s view of the police, certain fairly simple and straightforward reforms can be made that will cost little and yield significant results.  This National Institute of Justice research brief is 21 years old, but still all too relevant to today’s society.  It begins,

Therefore, to both improve policing and community relations departments should identify those officers and do what they can to improve their performance.  Failing improvement, they should be fired.

Those 10% of “bad-apple” officers tend to self-identify early in their careers.  They’re the ones who start garnering civilian complaints early and often, use force more than necessary, discharge their weapons more often than the average, etc.  Their supervisors know all that and can channel them into training programs that seek to correct their behavior.

Unsurprisingly, over the last 30 or so years, many departments have adopted so-called “early warning” systems to do just that.

Early warning systems appear to have a dramatic effect on reducing citizen complaints and other indicators of problematic police performance among those officers subject to intervention. In Minneapolis, the average number of citizen complaints received by officers subject to early intervention dropped by 67 percent 1 year after the intervention. In New Orleans, that number dropped by 62 percent 1 year after intervention (exhibit 1). In Miami–Dade, only 4 percent of the early warning cohort had zero use-of-force reports prior to intervention; following intervention, 50 percent had zero use-of-force reports.

But, as of the date of the linked-to article, only about 27% of departments surveyed had an early warning system, despite a 1981 recommendation by the U.S. Commission on Civil Rights that all departments have them.  As recently as 2019, perhaps as many as 65% do.  Still, that suggests considerable resistance by departments to their use.  Those systems can’t work if they don’t exist.

Plus, early warning systems are only as good as their design and implementation by departments, many of which have one in name only.  For example, according to the 2001 article, in some departments

The intervention phase… consists of only an informal counseling session between the officer and his or her immediate supervisor.

So, in those departments, once an officer has been identified as a problem, the extent of “intervention” consists of “counseling” by a supervisor who likely wants to avoid conflict with subordinates.  If that’s not ineffective enough, often the supervisor isn’t even required to document that a counselling session occurred, much less what was said.  That’s less an early warning system than a cover story designed mostly to deflect the possibility of litigation against the department.

And guess what.  That seems to be exactly the system maintained by the Minneapolis Police Department when Derek Chauvin was employed there.  Prior to his conviction for murder, Chauvin had been one of those 10% of officers who create 90% of the problems for their departments.  He’d had 18 civilian complaints plus three shootings, one fatal, and one instance of use of excessive force in which he hit a 14-year-old boy so hard with a flashlight he required stitches.  Chauvin had at least two letters of reprimand in his file on the day he killed George Floyd.

In other words, the MPD’s “early warning system” failed spectacularly.  The brass knew they had a bad apple on the force and ignored the problem until, one murder later, a jury did the job for them.  Again, remember the video of Chauvin as he pinned Floyd to the ground.  Not a care in the world.

Early warning systems can identify bad cops and make them better at their job, but only if the department takes them seriously.  Plus, those systems need to go further.  They should not only identify the bad apples and require intervention from the department.  They need as well to include a system of stair-step discipline under which an officer who fails to improve his/her job performance receives first a verbal reprimand, second a written one and later suspension and ultimately discharge.

The police need to be – and be seen to be – the type of community service personnel we deserve.  They are a vital part of any healthy society, but that doesn’t mean we give them the sort of carte blanche their behavior too often indicates they believe they have.

This post originally appeared at The Word of Damocles. 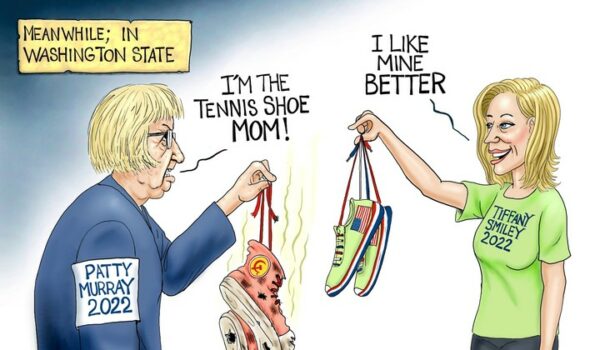 Cartoon of the Day: Washington Senate race
Next Post
‘Treat Them Like Shit’: Democrat Running For Senate Goes On Racist Rant 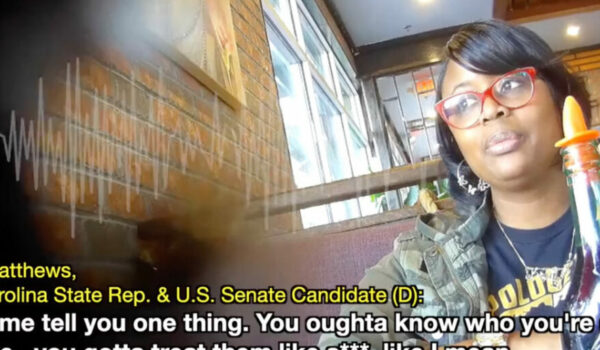