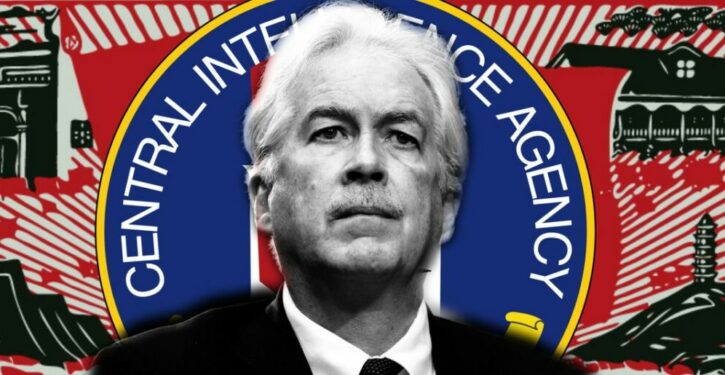 During Burns’ tenure as president of the Carnegie Endowment for International Peace from February 2015 to November 2021, the think tank employed at least 20 policy experts whom the DCNF has identified as CCP members. These CCP members worked at both Carnegie’s Washington, D.C., headquarters and Carnegie-Tsinghua — the Beijing center Burns’ predecessor, Jessica Mathews, launched in 2010 in cooperation with Tsinghua University.

Yet, expert profiles on Carnegie’s website don’t disclose these individuals’ ties to the CCP. The DCNF only discovered their communist ties after analyzing hundreds of Chinese-language, Communist Party branch records and personnel profiles from more than a dozen CCP-linked organizations. (RELATED: American Elites Have Deep Ties To A New Chinese Spy Chief)

Burns’ tenure at Carnegie coincided with increased alarm from the FBI concerning the CCP conducting “malign influence operations” against key American institutions. In July 2020, FBI Director Christopher Wray warned that the CCP seeks to “influence our policymakers” and “manipulate our public opinion” by exploiting the “openness” of our society.

“It’s pretty much a fatal cul-de-sac that [Burns] finds himself in,” Steve Yates, former deputy national security adviser to the vice president, told the DCNF.

“Either he appears to have allowed government-linked experts from a hostile power to affiliate with an organization boasting many former and future U.S. appointees or he didn’t know or bother to check — a remarkable lapse in operational security for a highly-cleared former U.S. official and pretty disqualifying for a director of Central Intelligence,” said Yates. “If you can’t track who was in your think tank, running a much larger intelligence agency is the wrong line of work.”

CCP members swear an oath to the Communist Party pledging to “fight for communism” and “sacrifice everything for the party and the people,” according to the Constitution of the Communist Party of China. Moreover, in keeping with China’s “Thousand Grains of Sand” intelligence-gathering strategy, Chinese intelligence often recruits members of the overseas Chinese community to collect information for the state, according to the CIA.

“If any Communist Party members have easy access to any sensitive information whatsoever, they’re certain to get a visit from Chinese intelligence,” said Yates. “They will have no choice but to gather and disclose on a regular basis going forward.”

CCP members will go to great lengths to “avoid suspicion” while they conduct influence operations against foreign institutions, added Brandon Weichert, a national security expert and consultant for the U.S. Air Force.

“They’ll do their job and you will not know that they are actually Chinese agents of influence until the moment that Beijing decides they need something,” Weichert said. “They could exist for years in a sleeper mentality.” (RELATED: Top US Scientist Warned Chinese Counterparts Of Possible Investigations Into The Wuhan lab. One Year Later, He Took A Job At A Chinese University)

Burns initially came under fire for Carnegie’s ties to the China-United States Exchange Foundation (CUSEF) during his February 2021 CIA confirmation hearing. He testified under oath that he’d terminated Carnegie’s relationship with the Chinese government-backed group after being pressed on those ties by Florida Republican Sen. Marco Rubio.

The DCNF previously revealed that Carnegie’s relationship with CUSEF endured for at least two years after Burns became the group’s president in 2015. The DCNF’s past reporting was based on an English-language notice for a March 2017 event Carnegie held with CUSEF. While the notice has since been scrubbed from Carnegie’s website, Chinese-language reports for the event still exist.

The majority of Carnegie-employed CCP members were brought onboard before Burns’ tenure began. Among them was the president of the Carnegie China Management Board, Yan Xuetong — an acclaimed “outstanding CCP member” and the “inspiration” for launching Carnegie-Tsinghua from the Chinese side.

However, Carnegie also brought on at least four CCP members during Burns’ presidency, including Yang Xiaoping, an expert on South Asia.

When reached for comment, a CIA spokesman initially referred the DCNF to Burns’ confirmation hearing testimony. However, when the DCNF explained how Burns’ testimony did not address Carnegie’s hiring of undisclosed CCP members and individuals tied to the Chinese government, the CIA requested more time. Three and a half hours later, the CIA declined to comment and referred the DCNF to Carnegie. Burns himself could not be reached for comment at the CIA.

The Chinese Embassy did not respond to the DCNF’s request for comment.

A spokesman for Carnegie also referred the DCNF to Burns’ confirmation hearing testimony, but did not address whether or not the think tank knew it was housing CCP members.

However, ignorance is no excuse, according to Texas Republican Rep. Lance Gooden.“Nonprofits and think tanks like the Carnegie Endowment for International Peace have budgets in the tens of millions of dollars. These organizations have the monetary resources and the manpower to properly vet their donors and their employees, yet they choose not to because both go hand in hand,” Gooden told the DCNF.

“It would not surprise me if the nonprofit sector has knowingly turned a blind eye to CCP members in exchange for donations or political favors,” Gooden said. “If the reports of CIA Director Burns’ CCP contacts are true, there should be a full investigation into whether his ties to China disqualify him from government service.”

Because think tanks like Carnegie enjoy unique access to U.S. government officials, they should vet their staff for CCP ties, Weichert told the DCNF.

“The fact that most think tanks are government influence operations, I’d say it is a very serious priority for them to properly vet their staff for CCP ties, as well as their donors,” Weichert said.

Even if Burns claims he was unaware that Carnegie employed CCP members and other Chinese government allies during his tenure, such an admission would render him unfit to head the CIA, Weichert added.

“If they can’t be trusted in that position to employ the right people who aren’t under the sway of foreign governments, how the hell can we expect them not to do the same thing when they’re in an even more important position of authority?” said Weichert.

High-ranking members of Chinese government influence operations and government officials also joined Carnegie’s board of trustees under Burns, according to multiple sources.

Carnegie added Wang Chaoyong, vice chairman of the Center for China and Globalization (CCG), to its board of trustees in June 2015, just months after Burns became president.

CCG is a pro-Chinese government group headed by a former member of China’s State Council who holds leadership positions in multiple influence operations, according to the U.S.-China Economic and Security Review Commission — a body chartered by Congress to report on national security implications arising from economic entanglement with China.

Although Wang left Carnegie after 2019, Zhang Yichen, senior vice chairman of CCG and a member of the Chinese People’s Political Consultative Conference (CPPCC), remains on its board of trustees, as the DCNF previously reported. (RELATED: EXCLUSIVE: US-Based Activist Claims A Chinese Agent ‘Weaponized’ The Justice System To Get Him Arrested On Terrorism Charges)

Carnegie also hired experts with Chinese government ties during Burns’ presidency. For instance, Carnegie added Jia Qingguo, a member of the CPPCC and Foreign Affairs Committee, in 2017, and Lyu Jinghua, a retired colonel from the People’s Liberation Army, in 2018.

Rubio, who pressed Burns about past China ties during his CIA confirmation hearing last year, said “the Biden Administration doesn’t have a plan to protect America’s economic and national security from Beijing.”

“Either they don’t understand the Chinese Communist threat or they simply don’t care because they’re desperate for solar panels and electric batteries from China,” Rubio told the DCNF.

Author’s Note: Click here to see a list of CCP members and individuals with Chinese government ties Carnegie has employed. 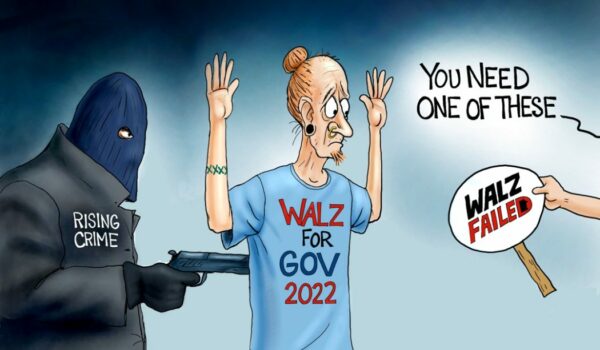 Cartoon of the Day: Hands Up Don’t Shoot
Next Post
Man Crashes Car, Bursts Into Flames, Then Shoots Himself Near US Capitol Building 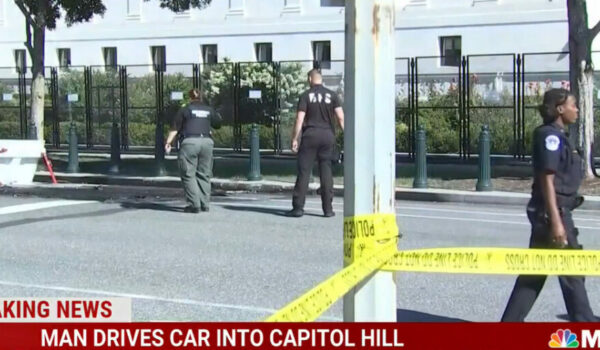