$37 billion is reserved for businesses based on their owners’ race or gender in the federal infrastructure law that Joe Biden signed in 2021. That racial and sexual discrimination violates the equal-protection guarantee that the courts have read into the due process clause of the Fifth Amendment.

On July 13, the Wisconsin Institute for Law and Liberty filed a lawsuit on behalf of a disabled small business owner, challenging those billions of dollars worth of racial set-asides and gender-earmarks. It is suing Joe Biden, Transportation Secretary Pete Buttigieg, and infrastructure czar Mitch Landrieu.

The Equality Under the Law Project, an initiative of the Wisconsin Institute for Law & Liberty (WILL), filed the lawsuit on behalf of Bruckner, challenging the infrastructure law’s race and gender quotas for violating the Constitution’s equal protection guarantee. The lawsuit was filed in the United States District Court for the Middle District of Florida….WILL President and General Counsel, Rick Esenberg, said, “All Americans should have the equal opportunity to compete on a level playing field. But now, Congress and the Biden Administration have trampled on this foundational principle by giving tens of billions in special treatment to small businesses based on race and gender. This unlawful discrimination must stop.”

Background: The Infrastructure Investment and Jobs Act, signed into law in November 2021, appropriated $1.2 trillion for new infrastructure projects. As part of this law, Congress authorized $370 billion in spending for roads, bridges, and other transportation projects. But the law contains a quota, requiring that at least 10% of all funding ($37 billion) go to small businesses owned by “socially and economically disadvantaged individuals.”

Federal regulations define “socially disadvantaged” as the following racial or ethnic groups: Black Americans, Hispanic Americans, Native Americans, Asian Pacific Americans, or Subcontinent Asian Americans. And women are deemed “socially and economically disadvantaged.” Small businesses owned by males who are not in these preferred racial groups cannot compete for this money. This would include not only businesses owned by white males, but also males whose ancestors are from many countries in Central and South America, North Africa, the Middle East, and North and West Asia.

Christian Bruckner is an immigrant and disabled small-business owner from Tampa, Florida. His parents fled communist Romania in the 1970s and he was seriously injured in a car accident in 1989. He owns Project Management Corporation, a small business that fulfills government contracts, including those available under the recently passed infrastructure law. By virtue of his race (despite being a Romanian immigrant, he does not qualify) and his gender (men do not qualify), Bruckner is unable to compete for $37 billion in infrastructure contracts.

The lawsuit is part of WILL’s Equality Under the Law Project. Launched in 2021, the Equality Under the Law Project has represented 42 clients in 17 states and successfully sued the Biden Administration twice for race discrimination in the Farmer Loan Forgiveness Program and the Restaurant Revitalization Fund. The Project also forced the removal of race-based preferences in the Homeowner Assistance Fund, another program under the American Rescue Plan Act of 2021. This is the Project’s first lawsuit against a program under the Bipartisan Infrastructure Law, which contains billions more in racial preferences. More information about this project can be found at DefendEquality.org.

The court complaint in the lawsuit is at this link: https://will-law.org/wp-content/uploads/2022/07/Bruckner-Filed-Complaint.pdf

One possible oddity of the lawsuit is that it is suing Joe Biden, not just transportation officials like Transportation Secretary Pete Buttigieg. Usually lawsuits over federal racial quotas sue the heads of federal agencies, but not the President himself. Even if the President signed an unconstitutional provision into law, that does not, by itself, mean he will be subject to an injunction issued against that law. 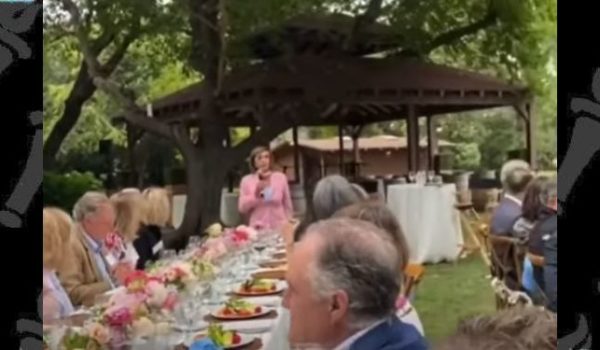