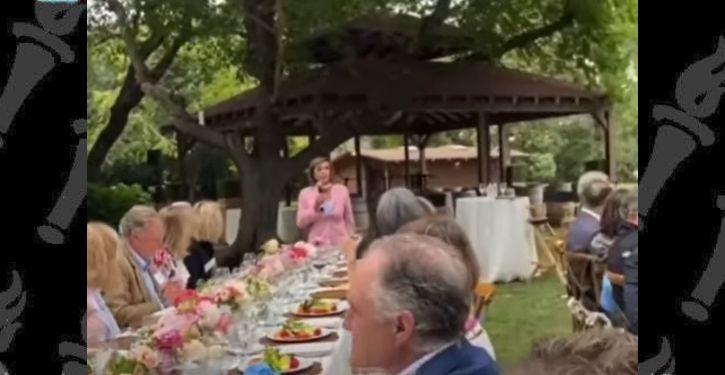 This post’s companion piece on the green disaster in Sri Lanka is here.

As in Sri Lanka, California elites attack – who else? – the poor, the working class and people of color.  For many years now, Sacramento has been imposing on residents ever-greater mandates on housing, energy, vehicles and their use.  The results of course have been ever-higher costs for all four, costs borne easily enough by those living the lifestyles of the rich and famous, but less so by everyone else.

Remember that, when cost of living is taken into account, California is the poorest state in the nation.  Mental images of the Golden State naturally tend toward places like Beverly Hills, Nob Hill and Napa Valley, but the reality is far, far different.  In fact, according to the Public Policy Institute of California, “All told, more than a third (34.0 percent) of state residents were poor or near-poor in 2019.”

And almost half, 46.7%, of Californians are black (6.5%) or Hispanic (40.2%) and those Hispanics account for 52% of the state’s poor.  So what do progressive policy makers do?  They exacerbate the poverty of the state’s POC by jacking up the costs for energy, vehicles and housing, i.e., things people pretty much can’t do without.

Cars?  The state’s Air Resources Board decreed that, by 2035, no gasoline-powered automobiles could be sold in California.  Currently, EV’s cost on average between $7,000 and $11,000 more than do gasoline-powered cars.  Counting fuel costs and insurance premiums, a gasoline vehicle would take about 16 years to cost as much as an EV, i.e., its whole useful life.

Home heating?  In May, the Los Angeles City Council banned the use of new natural gas heaters and appliances, becoming the 57th city in the state to do so.  Electricity costs four times what gas does and of course that’ll only increase.  Why?  Because successive California state governments have, since 2008, mandated the increasing use of renewable sources of electricity.

In 2018, California lawmakers imposed yet another mandate that requires the state’s electric utilities to procure at least 60 percent of their electricity from renewables by 2030 and to be producing 100 percent “zero-carbon” electricity by 2045.

Due to the drastically lower energy density offered by renewables compared to coal, natural gas, fuel oil and nuclear, the move to 100% renewables means a spike in the cost of electricity that’s liable to be permanent.  It’s already happening.  Between 2011 and 2017, the cost of electricity in California increased at five times the rate of the rest of the country.  Electric power there now costs Californians 66% more than it does all other Americans.

But it’s not as if all that extra money actually buys reliable power for the state’s residents.  It doesn’t.

Blackouts in the state have become so common, particularly in the Bay Area, that media outlets have largely quit reporting on them. Nearly every day, maps of Pacific Gas & Electric’s service territory show outages across wide swaths of central California.

Despite the shortage [of affordable housing], home prices are being driven up by a myriad of mandates including the requirement that new homes have solar panels on their roofs. Since 2020, single-family homes and multi-family buildings up to three stories high in California must be topped with solar panels. In January 2023, that mandate will expand to include commercial buildings, including hotels, offices, retail and grocery stores, restaurants, and schools. It will also require panels to be put atop civic buildings, including theaters, auditoriums, and convention facilities.

That of course will accomplish at least one thing – increase the cost of electric power at a time when Californians already have a hard time paying for the little they get.  One-quarter of residents in San Diego County are behind on their electric bills.

On July 1st, that figure increased due to yet another increase in state gasoline taxes designed to move motorists into those EVs so few of them can afford.

The weight of all those policies falls most heavily on the poor and working class.  Gavin Newsom and his mates dining at the French Laundry won’t notice the price increases, but the 34% of Californians (13.3 million people) below or near the poverty line most assuredly will.

And let’s not forget that all the suffering progressive elites are imposing on the poor and POC will impact the climate not one whit.  As Bjorn Lomborg reported in his excellent book, False Alarm, even if the entire U.S. had, in 2020, simply stopped using all fossil fuels, the increase in global warming by the year 2100 would have decreased by just 0.3 degrees Fahrenheit, from 7.4°F to 7.1°F over pre-industrial times.  And that’s for the entire U.S. that’s over eight times the size of the Golden State.  California’s policies will do absolutely nothing to reduce global warming.  Nothing.  But poor Californians will pay dearly for the ideology-driven incompetence of governing elites.

Or will they?  In the 2020 census, California lost one congressional seat due to an actual decline in population.  Meanwhile, Texas and Florida gained people and seats in Congress – two for Texas and one for Florida.  The lower cost of living, including zero income tax in the Lone Star State, likely had a lot to do with that.  Among the 300 businesses to decamp from California were Tesla and Oracle, both of which moved to the Austin area.  Look for that trend to continue as long as progressive ideology controls state policy.

This post was originally published at The Word of Damocles.