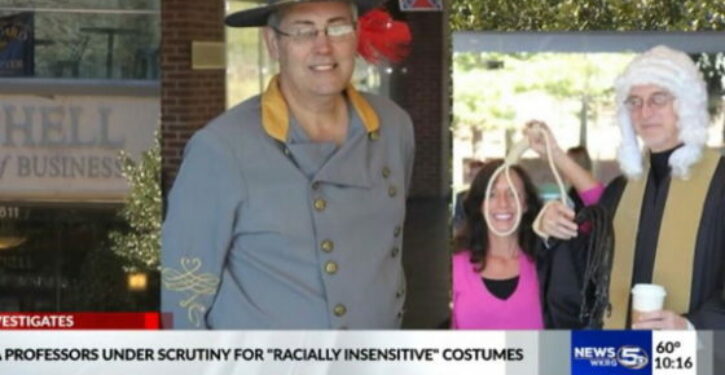 On college campuses, you can get away with calling for the harassment of conservative Supreme Court justices (as a lecturer at Harvard Law School recently did, saying that the six Republican-appointed justices “should never know peace again. It is our civic duty to accost them every time they are in public”).

But it’s apparently not OK to wear Halloween costumes that offend humorless students or staff. The University of South Alabama has just punished faculty members for the Halloween costumes they wore in 2014. It did so even though the costumes were not offensive to any normal person. And it did so even though wearing a costume to send a message can be protected by the First Amendment even when it is offensive — the federal appeals court in Richmond ruled that a public employee had the right to moonlight as a blackface entertainer, and that fraternity members could wear blackface in a childish and offensive “ugly woman” skit. (See Berger v. Battaglia (1985) and Iota Xi Chapter v. GMU (1993)).

In March 2021, business professors Bob Wood and Alex Sharland were placed on administrative leave after photos from a 2014 Halloween party surfaced publicly. Wood was dressed as a Confederate general and Sharland, who is British, as a British “hanging judge” from the 17th century, with a black robe, white wig and a noose as a prop.

The university hired an independent firm to conduct the investigation, the results of which were reviewed by a group of faculty, staff and students angered by the costumes. For Wood’s punishment, he wrote a two-page apology letter to the campus community, he will participate in a moderated forum to discuss the incident with those who were offended, and he will not be assigned to teach in-person courses for the next year, according to the university’s official statement on the matter provided to The College Fix.

“In October 2014 I made a last-minute, ill-thought-out decision to rent a costume for a faculty, staff, and student Halloween contest held in the Mitchell College of Business,” Wood’s apology letter stated. “Regardless of how mindlessly I chose that costume, I sincerely apologize to everyone for doing so. I ask forgiveness for this error in judgment. I regret my decision and I understand the hurtful nature of these symbols. That choice in no way reflects my beliefs, but I certainly understand how the University and all of you could have thought so.”

He also mentioned the planned moderated forum, during which those who were offended by his costume “will have the opportunity to address me about the impact of my actions on them, their peers and the institution.” Wood also pledged to “integrate meaningful discussions on diversity, equity, and inclusion topics within the context of my courses.”

The university, in its statement, said these are the actions Wood must undertake to return to his teaching duties, calling it “restorative justice.” For three years, administrators said they will make alternative arrangements for any student who does not wish to take a class taught by Wood.

As for Sharland, the professor’s conduct did not violate the university’s policy but nonetheless was deemed “unacceptable in the workplace.” Sharland’s punishments include an admonishment not to repeat the conduct and participation in an educational program on discrimination and harassment…

Free speech observers have balked at the way the university has handled the controversy. Aaron Terr, a program officer at the Foundation for Individual Rights and Expression, said that the University of South Alabama’s decision to “even to investigate complaints about resurfaced photos from 2014 of professors wearing Halloween costumes to a Halloween costume party is absurd … the university had no authority to act on calls to sanction the professors.” “Punishing one of the professors despite finding his conduct did not violate any university policies highlights how arbitrary and unjust the whole process was….The university’s actions will almost certainly have a serious chilling effect on campus. Students and faculty now know the university might target them for protected speech they engaged in years earlier if someone complains about it today. This is especially troubling given that prevailing campus opinions on what expression is beyond the pale can quickly change.”

The only conceivable rationale for the University’s actions is that it misguidedly views wearing a costume as endorsing the character depicted. (Such as a Confederate general or a “hanging” judge).

Historical depictions, such as dressing in military garb, are protected by the First Amendment even if they offend people on campus. For example, a history professor had the right to place a photo of himself with a Roman-style sword in a campus display case, even though it offended campus feminists who viewed it as threatening, according to the 8th Circuit Court of Appeals. (See Burnham v. Ianni (1998)).

Even if there weren’t any First Amendment problem with punishing the professors, it could still violate their due process rights to punish them in 2022 for costumes no one would have found offensive back in 2014, when they wore them. That was a less “woke”, less hypersensitive age, before the “Great Awokening.” So the professors had no way to anticipate that people would be offended years later by seeing pictures of them in their costumes. If “people of common intelligence” wouldn’t have known that such costumes were forbidden at the time, then punishing a tenured instructor for them “violates due process,” even apart from the First Amendment, as judges explained in Bradley v. University of Pittsburgh, 910 F.2d 1172, 1177 (3d Cir. 1990). 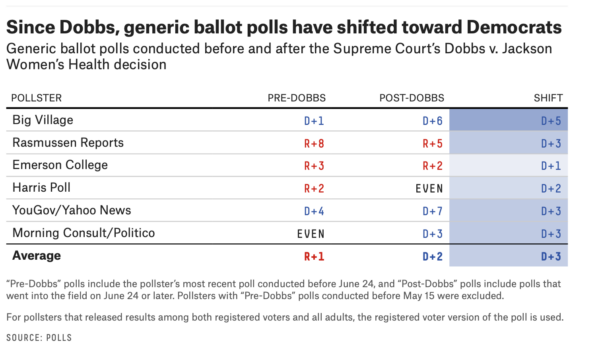 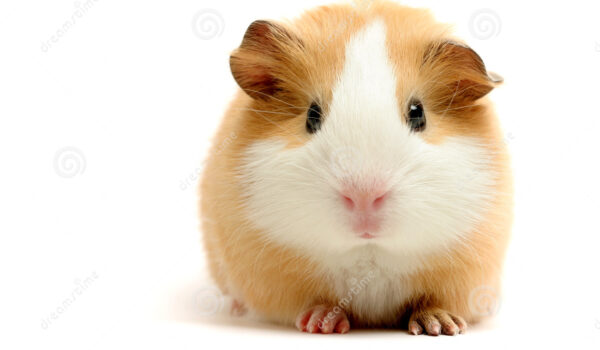