When progressive officials misbehave, the press, which is mostly progressive, tends to look away. The soft-on-crime district attorney in Philadelphia, Larry Krasner, is himself a scofflaw, notes Big Trial:

Krasner, a persistent tax deadbeat, still owes the city $83,406.50 in back taxes, a story Big Trial published back on April 26th. For more than the two months now, the D.A. has held weekly press conferences typically on Mondays. And not once has any reporter in town had the guts to ask the D.A. when he’s going to pay up.

So unless he’s impeached, or somehow removed from office, Krasner, boosted by his enablers in the media, will continue to let armed and dangerous criminals off the hook. And they’ll continue to go out and hurt, maim and/or kill more innocent victims.

Krasner allows criminals to commit crimes with impunity, by failing to prosecute most serious crimes, even when arrests are made. As Big Trial notes, “the percentage of criminal cases withdrawn or dismissed by the D.A.’s office has gone from 28% in 2014 under former D.A. Seth Williams all the way up to 67% last year under D.A. Krasner.” Meanwhile, the murder rate in Philadelphia has risen to record levels, again and again.

As Big Trial notes, “reading” that man’s own “texts, it’s still hard to believe that the D.A.’s office lost the case. But for Krasner’s prosecutors, winning a conviction in court is a rare event. The D.A.’s own Data Dashboard shows how inept the D.A.’s office is at obtaining guilty verdicts under Krasner. According to the D.A.’s own stats, the percentage of guilty verdicts won at trial have gone from 17% of all criminal cases in 2014 under former D.A. Seth Williams, all the way down to just 2% of all criminal cases prosecuted last year under D.A. Krasner.”

On June 28th, police said, Nelson was among a group of men who got kicked out of the Philly Bar and Restaurant in Northeast Philadelphia after they argued with a bouncer who wouldn’t let them use a pool table because it was reserved for league play.

After the men got kicked out of the bar, Nelson, according to police, retrieved a gun from a vehicle. And then from less than 100 feet away, he allegedly fired some 15 shots at the front of the bar. Holton, who was inside the bar with friends as that night’s designated driver, was struck in the head. She subsequently died at Jefferson-Torresdale Hospital…The murder of Holton was a tragedy that seasoned prosecutors said could have been prevented if the ADAs in Larry Krasner’s office knew what they were doing. 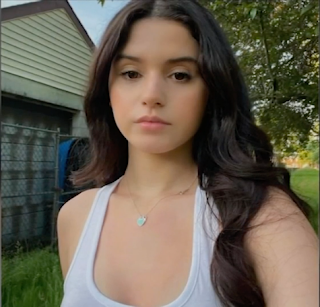 Philadelphia’s murder rate set an all-time high in 2020, and those rose again in 2021, setting a new all-time high. More murders occurred in Philadelphia than in bigger cities like New York or Los Angeles.

As Ed Morrissey notes, “In city after city,” progressive district attorneys “have largely surrendered to the criminals while embracing wokery, and Philadelphia has been no exception to that experience. Earlier this month…Philly DA Larry Krasner tried to jolly voters by claiming that there was no significant crime wave, which caused former Philly mayor Michael Nutter — no conservative — to erupt over his denial of the damage being done in primarily black neighborhoods.”

The Marshall Project reports that when murder spiked in Philadelphia and eight other big cities in 2020, “more than 85% of the increase took place in predominantly Black and Hispanic neighborhoods,” so the vast majority of the people killed as a result were black or Hispanic.

When Larry Krasner, Philadelphia’s liberal district attorney, was asked this month about the city’s crime surge that includes an unprecedented 550 homicides this year, he appeared to play it down. “We don’t have a crisis of lawlessness,” Krasner said. “We don’t have a crisis of crime. We don’t have a crisis of violence.”… Michael Nutter, a former Philadelphia mayor who is African American, erupted at Krasner, accusing him of dismissing the pain of Black residents who suffer from the violence while purporting to support them. “It all goes back to supremacy, paternalism. ‘I’m woke. I’m paying attention. I spend a lot of time with Black people. Some of my best friends … ’ All that bulls—,” Nutter said in an interview.

“I think he really just wants to tear the system down and tear it apart with seemingly no idea as to how to build it back up,” Nutter said.

Nutter accused Krasner of “refusal to prioritize safety over social engineering, accusing Krasner of essentially seeking higher office over the bodies of minority crime victims,” notes Morrissey. Many violent crimes in Philadelphia are committed by criminals with long rap sheets. An “illegal Congolese alien had already racked up multiple convictions, including for sex crimes, but still hadn’t been deported and was walking” the “streets free to rape” a woman on a “Philadelphia train,” notes lawyer Ted Frank. He notes that “Keith Gibson had 29 felony arrests” and “nine convictions,” yet remained “on the streets at age 39 to murder six more people” in Philadelphia and Delaware.

But Krasner was easily reelected by Philadelphia voters in 2021, in both the Democratic Primary and the general election. All too many urban voters seem to sympathize with criminals or hate the police.

Sadly, Krasner’s lenient approach is far from unusual in today’s big cities. In 2021, more than a dozen big cities in America, such as Philadelphia, set all-time records for murder, as homicides surged to record highs. Many of these cities have progressive district attorneys who are softer on crime than their predecessors. “The entire progressive-DA project banked by [left-wing financier] George Soros and others explicitly aimed at this kind of social engineering via refusals to prosecute and efforts to free prisoners on the basis of unjust outcomes,” notes Morrissey. “These progressive social-justice agendas have rendered urban areas unlivable on a scale not seen since the early 1990s, and perhaps not since the 1970s. It’s gotten so bad that it may be triggering a new round of urban flight.” George Soros’s political action committee spent $2.1 million in support of progressive candidates for district attorney in a single state, according to the Washington Post.

The New York Times reported that “murder rose by almost 30% in 2020” in America, and is still “rising.”  That was “the biggest rise in murder since the start of national record-keeping in 1960, according to data gathered by the F.B.I.” By contrast, the murder rate has been falling in most foreign countries, which (unlike the United States) have not gotten softer on crime in the past few years.

Yet prison sentences for murder are effectively shrinking, as more murderers have become eligible for parole due to recent changes in state laws, and rulings by progressive judges. For example, in 2020, Washington, DC’s city government passed legislation that would allow previously-convicted murderers to seek release after 15 years, if they committed their crime before age 25.

The Left Wants To Inject Wokeness Into Another Key Institution
Next Post
Biden and Trump are both incredibly unpopular, poll finds