Most Americans disapprove of both Joe Biden and Donald Trump, according to a recent New York Times/Siena college poll. Only 33 percent of Americans approve of Joe Biden’s job performance, compared to 60 percent who disapprove of how he is doing his job. Yet, the poll finds that if an election between Biden and Trump were held today, Joe Biden would narrowly defeat Donald Trump, with Biden getting 44 percent of the vote, and Trump getting 41 percent of the vote. So Trump is even more unpopular than Biden. That’s remarkable, because Biden is much more unpopular than Obama or Clinton ever were.

The New York Times is left-leaning, so you might be tempted to disregard this poll. But in the past, the New York Times/Siena College poll has predicted election results accurately most of the time. The polling experts at 538.com give Siena College an A+ rating for accuracy, and rather than overstating Democrats’ support, it actually tends to overpredict Republican performance in elections by a trivial and insignificant 0.5%. Meaning it is quite accurate, and is not slanted in favor of Democrats.

64% of Democrats wish the Democrats would nominate someone other than Joe Biden to run in 2024, compared to 26% who want Democrats to renominate Biden for President in 2024.

Larry Krasner is not just a staggeringly bad prosecutor, but also a deadbeat
Next Post
Cartoon of the Day: Fireworks in Minneapolis 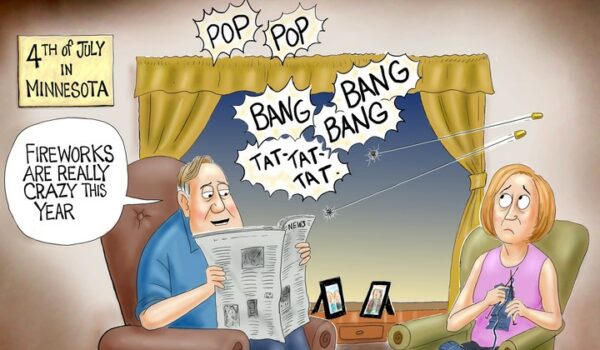