The Arizona Court of Appeals has ruled that there is no constitutional right to walk around with your genitals hanging out, and that punishing people for doing so does not take away the “liberty” protected by the Fourteenth Amendment, or the free expression protected by the First Amendment.

Here is an excerpt from its decision in State v. Geri, a 3-to-0 ruling issued on June 9:

Shortly after getting in line at a donut shop in Scottsdale, R. glanced behind her, after noticing her four-year-old child was upset. She saw a white male with a red shirt, red shorts and “a fanny pack” standing in line a few feet behind them. Geri’s accessory of choice was not, as it turned out, a fanny pack. Rather, Geri was standing with his “genital area completely exposed.” After realizing Geri’s state of undress and seeing the shock and confusion on her child’s face, R. confronted Geri and asked him why his genitals were uncovered in public. Geri responded that R. “can’t tell [him] how to dress.” R. took her child away from Geri and hid within the store.

Geri then left the donut shop and began walking along Hayden Road, with “his genitals [] out and his [boxer shorts] actually tucked underneath his testicles.” A police officer responded to reports of a man exposing himself and arrested Geri.

Geri was charged with one count of misdemeanor indecent exposure to victim R., and one count of felony indecent exposure to R.’s minor child. R. testified that she and her child were visibly offended by the display. Geri represented himself at trial, testifying that he did, in fact, expose himself to R. and her child, and had walked “with [his] penis out” from roughly the intersection of Scottsdale Road and Thomas Road to the donut shop.

Nonetheless, he contended that his attire choice was “deliberate” and that he “had no intention of offending anyone or acting in an offensive way.” Further, he testified that he attempted to defend his “right” when speaking with R. in a “calm and civil manner” notwithstanding her offense at his state of undress. His “sole intention was to exercise a perceived freedom of attire.” The jury found Geri guilty on both counts, and Geri was sentenced to three years’ probation….

A person commits indecent exposure under Arizona law if he “exposes his … genitals … and another person is present, and the defendant is reckless about whether the other person, as a reasonable person, would be offended or alarmed by the act.”

To the extent that certain forms of expression—such as nude dancing—are protected, that protection is only “within the outer ambit” of the First Amendment when presented to a willing audience, rather than an unenumerated right found somewhere in substantive due process under the Fifth or Fourteenth Amendment. A right to walk to the neighborhood donut shop, fly down, is absent from our traditions of liberty…. “[P]ublic indecency—including public nudity—has long been an offense at common law.”

Merely “[b]eing in a state of nudity” is not ordinarily expressive conduct entitled to First Amendment protection. Even when nudity is part of expressive conduct the Supreme Court has nonetheless held that states have important interests that can justify incidental restrictions on free expression [citing court rulings upholding total bans on nudity, including expression such as nude dancing].

The conduct Geri engaged in is not constitutionally protected. Geri admitted that he “deliberately” walked in public with his penis and testicles exposed. This mere state of undress, without communicative content, is beyond the protections of the First Amendment. Arizona law prohibits the open display of genitals, notwithstanding Geri’s choice of attire. A “general prohibition on public nudity”—such as Arizona’s—is facially constitutional and was applied appropriately to Geri’s conduct….

Geri [also] argues that the State relied solely on his exposure without proving the third element of reckless disregard for whether the other person, as a reasonable person, would be offended or alarmed by the act…. “the relevant question is whether, after viewing the evidence in the light most favorable to the prosecution, any rational trier of fact could have found the essential elements of the crime beyond a reasonable doubt.”

Contrary to Geri’s contention, reckless disregard does not require “clearly distinct actions like sexual gratification or gratuitous draws of attention.” We have expressly rejected the view that the State must present evidence under indecent exposure statute that the defendant acted with a “sexual interest” or was “sexually motivated.” … [And a] reasonable person, turning around in a line at a donut shop only to find exposed genitals within an arm’s length of their minor child would be both alarmed and offended. That Geri appeared naked in a donut shop after walking down the “second busiest roadway in the city of Scottsdale” and his response to R.’s objection show he was aware of and consciously disregarded the risk that he would alarm or offend others…. 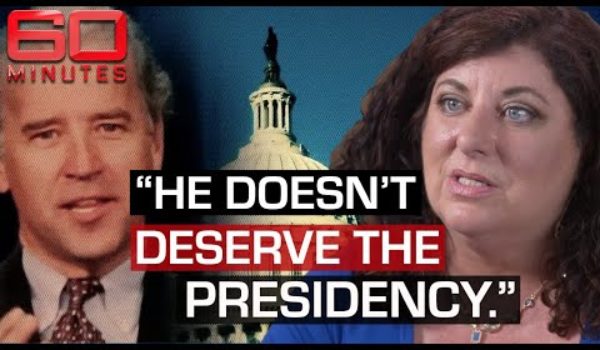 Biden daughter’s diary spoke of being ‘hyper-sexualized’ at young age, taking ‘inappropriate’ showers with Joe Biden
Next Post
Cartoon of the Day: Slip Slidin’ Away 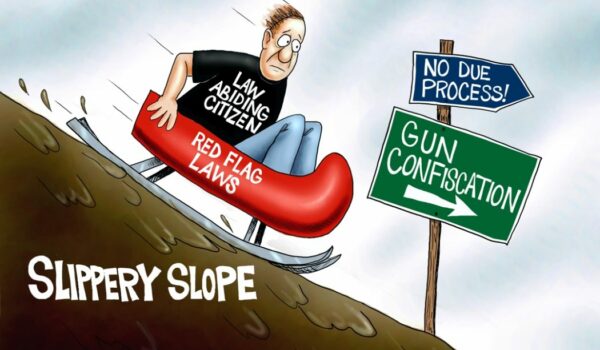