“U.S. consumer inflation reached an 8.6% annual rate in May, its highest level in more than four decades as surging energy and food prices pushed prices higher,” reports the Wall Street Journal. “The Labor Department said on Friday that the consumer-price index increased 8.6% in May from the same month a year ago, marking its fastest pace since December 1981. That was also up from April’s CPI reading, which was slightly below the previous 40-year high reached in March.” “May’s increase was driven by sharp rises in the prices for energy, which rose 34.6% from a year earlier, and groceries, which jumped 11.9% on the year.” “The CPI measures what consumers pay for goods and services.”

Inflation is much higher in the United States than in many foreign countries. The inflation rate is only 2.5% in Japan and Switzerland, notes economist Mark Perry.

Inflation in America may get even worse. Producer prices were “up 11.0 percent” for the most recent 12 months measured by the Bureau of Labor Statistics. That could mean an even higher inflation rate in the future, because the PPI is a “forward-looking inflation measure as it tracks prices in the pipeline for goods and services that eventually reach consumers,” according to CNBC. Inflation could rise to as much as 10% if the Federal Reserve does not act swiftly to tighten monetary policy.

If the Fed does tighten monetary policy to get inflation under control, that could plunge the U.S. into a temporary recession, the way tight monetary policy triggered a recession back in 1981-82. America’s economy is already fragile — the U.S. economy shrank in the first quarter of 2022, even as the economy grew in nations like Germany, which were harmed worse than the U.S. by the war in Ukraine.

If the Fed tightens monetary policy, it will have to do so enough to offset Joe Biden’s expansionary fiscal policy, which has increased the inflation rate. Biden’s big spending has fueled inflation, according to even Democratic economists like Larry Summers and Obama advisor Steven Rattner. As Rattner noted in the New York Times, Biden has spent “an unprecedented amount” of taxpayer money, which resulted in “too much money chasing too few goods.” Even progressive media like Vox recognize that Biden’s stimulus package “worsened inflation.”

In March, Biden signed an across-the-board increase in federal spending that will increase inflation even further. Last May, Biden proposed a record $6 trillion budget that “would push federal spending to its highest sustained levels since World War II” as a share of our economy, reported the New York Times. The Biden administration itself forecast budget deficits at more than $1 trillion for at least the next decade if his budget plan were adopted. 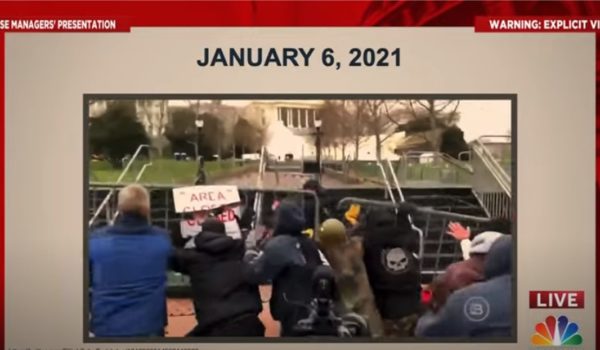