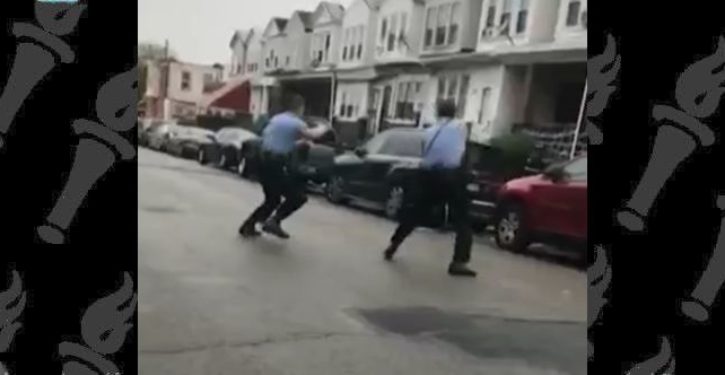 In Philadelphia, fifteen people were killed during the weekend violence, police told TheDCNF.

A 9-year-old boy and his father as they came home from a cookout were among those killed in Philadelphia, CBS-3 reported. Gerald Parks and his son Jamal were sprayed with bullets and killed in their car.

In another incident, three masked men opened fire on a group of people, killing a 56-year-old man, according to NBC Philadelphia. A 33-year-old woman was shot seven times but survived.

A gunman in Chicago opened fire on a crowd commemorating the anniversary of another teen’s death outside an elementary school, according to the Chicago Sun. A 16-year-old woman was among the wounded in the group.

Baltimore police told TheDCNF there were five killings and four injuries during the weekend violence. One instance of a double shooting killed a 17-year-old boy and left another 17-year-old girl hospitalized in serious but stable condition, The Baltimore Sun reported.

The New York Post reported a surge in violent crime in the wake of the holiday weekend in several other cities, including Memphis, Tampa and Atlanta.