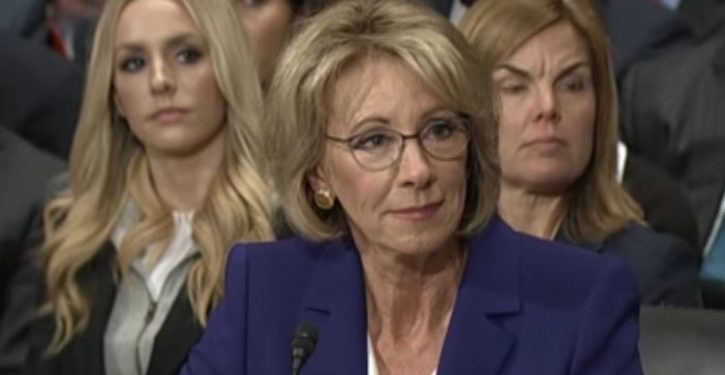 President Joe Biden’s Department of Education (DOE) is planning to roll back Title IX due process regulations implemented by former President Donald Trump’s administration, which experts argue will revoke protections for both the accuser and the accused in sexual assault cases and threaten freedom of speech.

The Office of Civil Rights (OCR) is planning to rewrite the rules outlined in Title IX of the 1972 Education Amendments that set sexual harassment standards at federally funded schools. The Biden administration’s changes would reverse 2020 due process protections that require federal K-12 and higher education schools to investigate Title IX violations in a fair and unbiased manner, which includes the right to be represented by counsel, the presumption of innocence, the ability to cross examine and to introduce witnesses, experts told The Daily Caller News Foundation.

Proponents of the current standards argue they fixed problems created by former President Barack Obama’s Education Department; before the 2020 changes, instances of sexual assault and harassment were only recognized as instances of unlawful sex discrimination through regulations that were not legally binding. However, under the current standards, school districts, colleges and universities have a legal obligation to respond to such cases in a fair and unbiased manner.

Under the Trump administration’s standards, instances of sexual assault at federal schools are handled more like “quasi-judicial proceedings,” Sarah Perry, a senior legal fellow for the Heritage Foundation, told TheDCNF.

“It ultimately returns Title IX back to a guilty until proven innocent standard … as opposed to leaving it to one Title IX investigator to determine who was right and who was wrong, in a ‘he said, she said’ proceeding,” Perry said.

Speech First executive director Cherise Trump told TheDCNF that the rules changes will likely be weaponized against constitutionally protected speech, which could make students subject to “harassment” for their personal or political stances.

The current Title IX regulations that were implemented in 2020 are consistent with a Supreme Court precedent known as the Davis Standard, which concluded that “student-on-student harassment must be so severe, pervasive, and objectively offensive that it can be said to deprive its victims of access to a school’s educational programs or activities,” Trump explained. (RELATED: Republicans Say They Have Proof FBI Targeted Concerned Parents, Despite Garland Denials)

“This is a pretty high threshold that protects students from being accused of harassment for simply voicing their opinions and possibly offending someone with their ideas,” Trump said. In response, universities frequently manipulate Title IX language to fit a more “broad-sweeping definition” such as “severe, pervasive, and objectively offensive…” to “severe, pervasive, or objectively offensive,” she explained.

The small change in wording allows school administrators to restrict and punish speech they believe is “offensive,” “unwanted” or “problematic,” but would not be considered harassment under current Title IX rules, she said.

“Previously, the process for adjudicating serious harassment allegations on campus had been plagued by bias, vagueness, and overreach,” Trump added. “Any changes could put students’ free speech rights at risk and will only exacerbate the problem of self-censorship that has been plaguing our campuses.”

A Republican coalition of 15 state attorneys general have expressed legal concern about the DOE’s plans to roll back the “historic” move that codified sexual harassment regulations under Title IX into law, arguing the previous standards were unworkable and unfair.

“Hundreds of successful lawsuits against schools for denying basic due process and widespread criticism from across the ideological spectrum arose from the Obama-era rules“ the statement said. “The rules also resulted in a disproportionate number of expulsions and scholarship losses for Black male students.”

The Department of Education did not respond to TheDCNF’s request for comment. 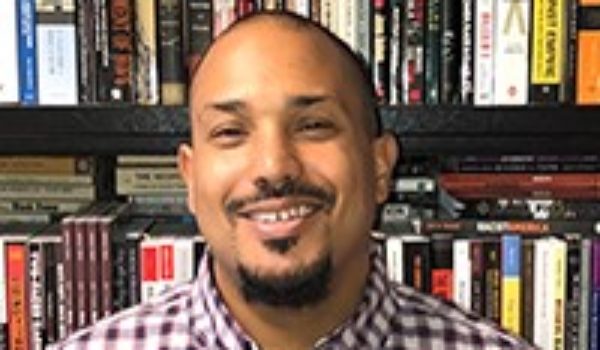 Professor says ‘white people’ need to ‘be quiet and know your place’
Next Post
Cartoon of the Day: See No Evil Flags 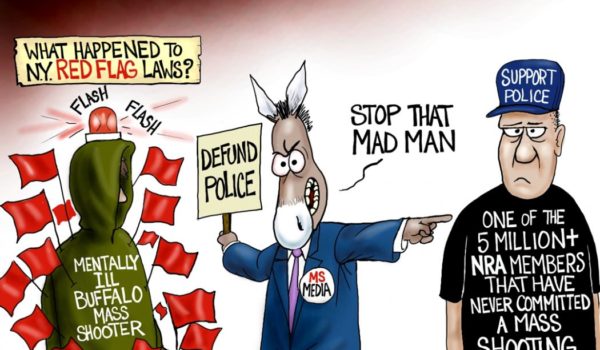