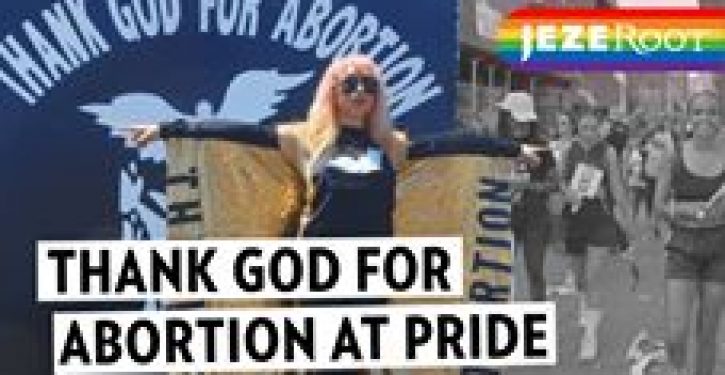 Demonstrators attempted to pressure conservative Supreme Court justices outside their homes while vandals targeted churches and pro-life groups in the wake of news that the Supreme Court intends to overturn Roe v. Wade.

Following the publication of a leaked draft opinion indicating the court will overtun the landmark abortion case, protesters gathered outside the houses of Supreme Court justices over the weekend in an attempt to pressure them to change their votes. Vandals hit churches and crisis pregnancy centers and a pro-life group was firebombed, leading many conservatives to claim that abortion-rights supporters were attempting to intimidate the Supreme Court.

Justice Samuel Alito, who authored the draft opinion that overturns Roe v. Wade, the 1973 Supreme Court decision that legalized abortion, was forced to scrap a scheduled appearance at a judicial conference for the Fifth Circuit Court of Appeals, Reuters reported last week.

The energy is markedly more negative outside Kavanaugh’s house. The anger has become much more palpable than outside any other justices’ house. pic.twitter.com/zY2OY34hcA

Protestors gathered outside the homes of Chief Justice John Roberts and Associate Justice Brett Kavanaugh, chanting “We will not go back” and blocking the street until police dispersed the protests. As many as 100 people attended the demonstration, according to the Daily Wire.

One group, Shut Down DC, announced plans for a Monday evening protest in front of Alito’s home on social media.

Across the country, churches, pro-life-groups and crisis pregnancy centers were vandalized after the draft opinion was leaked. The offices of Wisconsin Family Action in Madison, Wisconsin were hit with Molotov cocktails and a fire was lit, according a statement by the Madison police.

Remains of a Molotov cocktail were found after the Madison Fire Department responded to a call after flames were seen in the building at 6 a.m., according to an incident report.

“Imagine if somebody had been in the office when this happened. They would have been hurt,” Judith Appling, the president of Wisconsin Family Action, told Madison.com. She added that the smell of smoke persisted for hours.

Other pro-life organizations reported vandalism since the draft opinion was leaked.

Loreto House, a crisis pregnancy center in Denton, Texas was spray-painted with the words “Not a clinic,” according to the Denton Record-Chronicle.

BREAKING: Antifa pro-abort men are attacking and putting out hits on pregnancy centers in Portland, OR. Because it drives pro-abort men to violent rage to think that women will have support to choose life. pic.twitter.com/Oomlr6EGUg

A crisis pregnancy center in Portland, Oregon reported vandalism, including, “F*ck CPCs,” in a post on its website, while a Catholic church in Boulder, Colorado was vandalized with graffiti saying, “My body, my choice,” according to a report by CBS Denver.

Conservatives characterized the protests as a form of intimidation aimed at the Supreme Court.

“The Left is embracing mob violence to try and get a partisan outcome out of the Supreme Court,” Republican Sen. Ted Cruz of Texas posted on Twitter.

The law says those who parade, picket, or demonstrate “with the intent of interfering with, obstructing, or impeding the administration of justice, or with the intent of influencing any judge, juror, witness, or court officer” could face a fine or up to a year in prison if convicted.