Can President Biden forgive the $1.7 trillion in student loans — or a substantial fraction of it — even though that will stick taxpayers with a huge bill, and massively increase the national debt? Andrew Gillen of the Texas Public Policy Foundation says no, although Biden will probably try to do so anyway (even though that would be such a clear violation of the law that Charles Cooke of the National Review says would be an impeachable offense. Alas, it is not clear who would have legal standing to sue over such a violation. Moreover, the Democratic-controlled Congress is obviously not going to impeach Biden, their party leader, even if he illegally gives away taxpayers’ money.).

Canceling student debt would increase inflation, and encourage colleges to massively raise tuition, by making it more attractive to take out loans to cover tuition, even if tuition rises dramatically. Each additional dollar in federal financial aid causes a tuition hike of about 65 cents, according to the Federal Reserve Bank of New York.

Andrew Gillen explains why it is also illegal:

…some adherents argue that the president can forgive loans unilaterally.

The President does not have the legal authority to forgive student loans on his own. Only Congress has the power of the purse. Executive action can be used only when it has been specifically authorized by Congress.

The executive branch cannot spend money that has not been appropriated by Congress, per 31 USC 1301 et seq (Antideficiency Act (P.L. 97-258)) and Article I, Section 7, Clause 7 of the U.S. Constitution.

The claims that the President has the authority to forgive student loans are based on a misreading of the Higher Education Act of 1965 at 20 USC 1082(a)(6). That section of the Higher Education Act of 1965 provides the U.S. Secretary of Education with the authority to: “…modify, compromise, waive, or release any right, title, claim, lien, or demand, however acquired, including any equity or any right of redemption.”

But that quote is taken out of context. The preamble to that section of the Higher Education Act of 1965 limits this authority to operating within the scope of the statute: “In the performance of, and with respect to, the functions, powers, and duties, vested in him by this part, the Secretary may—”

Without authorization by Congress of a specific loan forgiveness program, the President does not have the authority to forgive student loan debt. As the U.S. Supreme Court ruled in Whitman v. American Trucking Assns., Inc., (531 USC 457, 2001), Congress does not “hide elephants in mouseholes. (Kantrowitz, 2021b, para. 4-11)

Kantrowitz’s assessment is almost certainly right. No one else in the U.S. government can unilaterally spend $1.6 trillion dollars at their sole discretion, so it would be strange if the secretary of education was the sole exception to that rule based on an obscure provision that laid undiscovered for decades.

Some forgiveness advocates agree that “the Executive Branch does not have congressional authority to cancel student debt” since “broad student debt cancellation would trigger The Antideficiency Act. … That is why we will ultimately need a legislative solution”  (Freedom to Prosper, 2021)….

Even If Unilateral Forgiveness Was Possible, It Could Only Be Applied to Pre-2010 Era Loans

The second legal problem is that even if Kantrowitz is wrong, and there is a loophole that allows universal forgiveness without congressional approval, it would not apply to the vast majority of current student loans. All student loans since 2010 have been made under the Direct Loan (DL) program. But as Kantrowitz notes, the loophole would only apply to loans made under the legacy Federal Family Education Loan (FFEL) program:

the “this part” language refers to Part B of Title IV of the Higher Education Act of 1965, which applies only to loans made under the Federal Family Education Loan (FFEL) program. … There is no similar language for Part D for the William D. Ford Federal Direct Loan (Direct Loan) program. (Kantrowitz, 2021b, para. 12-13)

Out of the $1.6 trillion dollars in outstanding federal student loan debt, only $230 billion are FFEL loans (U.S. Department of Education, n.d.-a). 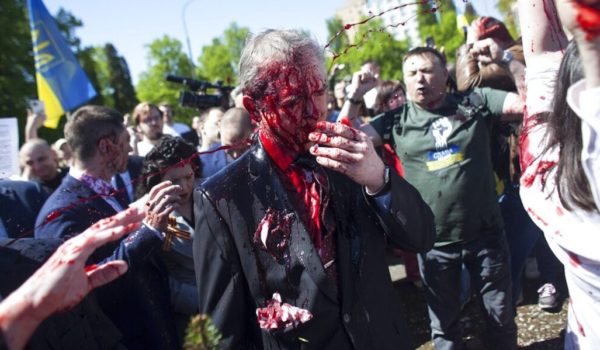