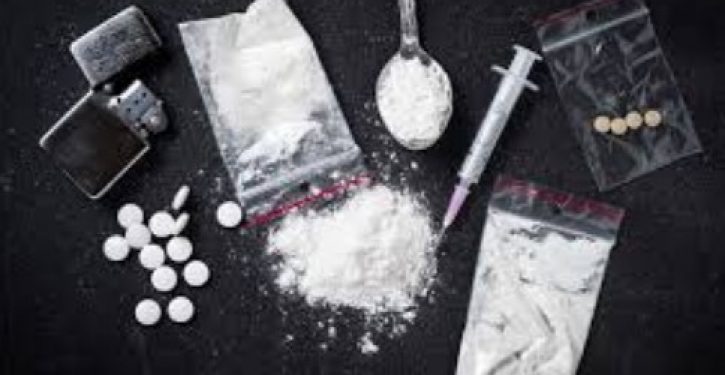 Afghanistan’s fastest-growing drug industry operates from desert outposts in plain view….Wholesalers like Abdulwadood work openly here, moving dozens of kilos of methamphetamine every week. In the middle of his crowded shop, he casually tosses a half-kilo bag of long glassy shards onto the carpet. Its street value in Europe is tens of thousands of dollars. Abdulwadood will sell it for about $250.

“Every year, sales and production just increase and increase,” he said…Behind him the rest of his stock was piled in a corner. He expected to sell the roughly 20 kilos of shisha — the Afghan term for meth — in just a few days.

For decades, the country has been a global hub for opium production, estimated to supply 80 percent of the world’s opiate users. Now its meth industry is growing at breakneck speed, stoking fears among Western experts and officials that, under the Taliban, Afghanistan could become a major supplier as demand rises globally.

Hundreds of meth labs have appeared in Afghanistan over the past six years, according to independent experts, former government officials and drug traders. And more are being built each month as the country’s economic crisis forces Afghans to find new sources of income. The vast majority of meth produced is for export, but an increasing number of Afghans are turning to it as their drug of choice.

The sudden boom in meth production came after drug traffickers discovered a potential bonanza in a native plant called ephedra — known here as oman — which grows wild and is a natural source of the drug’s key ingredient….Cooking meth with harvested ephedra in Afghanistan — while labor-intensive and dangerous — costs a fraction of the price as making the same drug with ephedra extracted from pharmaceuticals, the process used to produce the vast majority of the world’s meth.

There’s not much the U.S. can do about this even if Afghanistan supplies lots of black-market meth to U.S. meth users and addicts. Afghanistan’s Taliban government is very well armed, thanks to the Biden administration leaving behind $7 billion in weapons when the U.S. left Afghanistan. As a result, Afghanistan has “one of the most well-armed military forces in the region,” especially compared to neighboring countries in Central Asia, despite being much poorer.  Emboldened by how quickly it toppled Afghanistan’s former U.S.-backed government, the Taliban predicted last year that “Islamic law will come not to just Afghanistan, but all over the world….Jihad will not end until the last day.”

In its abrupt and disorganized departure from Afghanistan, the Biden administration left behind billions of dollars worth of military equipment that was seized by the Taliban. For example, Julian Röpcke reports that the Taliban “not only seized” around “a hundred U.S. humvees” and armored personnel carriers in the city of Kunduz, but also valuable drones. “Billions of U.S. taxpayer dollars going to Islamist extremists, thanks to the administration’s hasty withdrawal….Now every Taliban fighter gets his own Ford, Toyota, humvee” or armored personnel carrier.