The government’s best shot at prosecuting the individual who leaked the Supreme Court’s draft opinion in Dobbs v. Jackson Women’s Health Organization may involve having potential suspects testify to their innocence in signed statements, a legal expert told the Daily Caller News Foundation.

Politico published a leaked draft opinion Monday revealing the Court would likely overturn Roe v. Wade, leading to speculation about whether the leaker’s actions were illegal. However, many of the potential charges that could be levied against the leaker aren’t a perfect fit for the unprecedented incident, Zack Smith, a legal fellow for the Meese Center for Legal and Judicial Studies, told the DCNF.

“If the Marshal, at the Chief Justice’s direction, asks each person to sign a statement saying they did not leak the document and sign it under penalty of perjury, and it turns out someone lies, then they’re guilty of a [18 USC §] 1001 violation,” Smith told the DCNF, referring to a law against making false statements to certain government officials during investigations. “It’s a felony. The charges would be fairly significant.”

BREAKING: Roberts confirms authenticity of draft Dobbs opinion, says it doesn’t represent anyone’s final position. He has directed Supreme Court marshal to investigate. “The work of the Court will not be affected in any way.” pic.twitter.com/XuTEjZbU2M

The hypothetical case against the leaker hinges largely on whether the person had the right to access the draft opinion, Smith explained. If someone stole the documents from a briefcase, for example, that person is guilty of theft and prosecutors could potentially charge them for stealing government property. The case is more complicated if the leak came from someone who had a right to access the document.

“What many people think is the most likely scenario is that a law clerk or a court employee who had a right to access it then took it and leaked it to the press. That is a more difficult thing to prosecute,” Smith told the DCNF.

The statements would need to be “part of a careful, nuanced investigation where someone understands that they are giving a statement and that if they give false information they can be criminally prosecuted,” Smith said. “That’s a perfectly appropriate use of 1001 and it’s something criminal investigators do around the country, I suspect, every day.”

The signed statements could also help advance the Marshal of the Court’s investigation of the leak, according to Smith.

“If someone refuses to sign, well, that’s probably a good place to start the investigation,” Smith said. “It would certainly be an easier prosecution to investigate and prove in court for a prosecutor in this situation.”

The Supreme Court leaker is a criminal.

18 U.S.C. § 641 makes it a crime to “knowingly convert… any record” of the United States for one’s personal use – including legal opinions.

Tom Fitton, president of Judicial Watch, told the DCNF the leak was an attempt to pressure justices to change their minds about their decision in Dobbs and warranted an investigation.

“The Court was damaged. We need to know how much, and if it can be repaired,” Fitton said. “It’s fair to ask who benefits … that’s the Left, who has long thought certain justices on the Supreme Court can be swayed under public pressure.”

“The danger here is the intimidation that’s already happening and the potential for violence directed at the justices,” he said.

Other legal experts were also concerned about the impact of the leak and viewed it as a criminal act.

Clint Ehrlich, an attorney and legal commentator, said the leaker could serve up to ten years in prison under a different law.

“The Supreme Court leaker is a criminal. 18 U.S.C. § 641 makes it a crime to ‘knowingly convert… any record’ of the United States for one’s personal use – including legal opinions,” he said. “The penalty is 1 to 10 years in prison.”

(That “brave clerk” would likely become a felon for “obstruction of justice.”) https://t.co/bYOzlhY0Dl 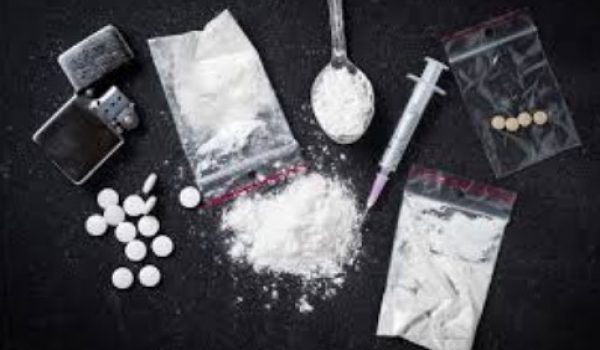 Meth production is exploding in Afghanistan; illicit drug will be exported to the U.S.
Next Post
Democrats Quietly Scrub Abortion Bill Language Saying Men Can Get Pregnant