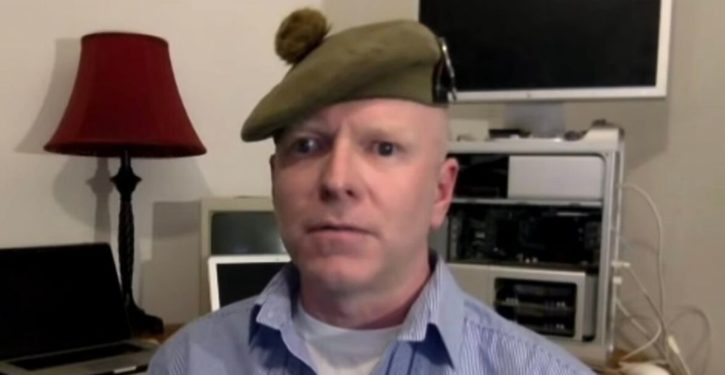 The former owner of the repair shop, John Paul Mac Isaac, filed suit after losing his business and for his negative treatment by the media and Big Tech, the New York Post reported. Mac Isaac came to legally own Biden’s laptop after he abandoned it in the shop in April 2019, which has been confirmed to contain several files disclosing his foreign business dealings.

Mac Isaac contacted former President Donald Trump’s then-lawyer Rudy Giuliani and handed the hard drive to the FBI, the Post reported. After the reports reached the public, he said his business had been ruined.

The former repair shop owner filed the suit in Montgomery County, Maryland, claiming Schiff and CNN defamed him in an interview two days after the New York Post began publishing reports on the laptop. His lawyer, Brian Della Rocca, said his client is seeking at least $1 million in compensatory damages and an unspecified larger amount in punitive damages.

“After fighting to reveal the truth, all I want now is for the rest of the country to know that there was a collective and orchestrated effort by social and mainstream media to block a real story with real consequences for the nation,” he told the Post. “This was collusion led by 51 former pillars in the intelligence community and backed by words and actions of a politically motivated DOJ and FBI.”

Mac Isaac then accused Schiff, the head of the House Intelligence Committee, of lying about the story during appearances on CNN to protect Biden’s father, President Joe Biden, in the upcoming 2020 presidential election, the outlet reported. (RELATED: Repair Shop Owner Who Leaked Hunter Biden Data Says He Is Not A Russian Spy)

“Without any intel, the head of the intel committee decided to share with CNN and its viewers a complete and utter lie,” he said. “A lie issued in the protection of a preferred presidential candidate.”

Schiff told host Wolf Blitzer that he believed the Kremlin was behind the laptop story, which Mac Isaac said was stated to push a “false narrative.”

“Well we know that this whole smear on Joe Biden comes from the Kremlin. That’s been clear for well over a year now that they’ve been pushing this false narrative about the Vice President and his son,” Schiff told Blitzer, according to the suit.

The intel chairman also accused Trump of assisting the Kremlin in a “propaganda coup” by touting reports of the laptop in 2020.

He also accused CNN of knowingly reporting a “false and defamatory story” of Mac Issac working alongside the Russians in an attempt to “undermine American democracy,” according to the outlet. He further filed suit against Politico and the Daily Beast for two articles spreading misinformation about him.

The Daily Beast claimed the laptop was “purloined” in the article “FBI Examining Hunter’s Laptop as Foreign Op, Contradicting Trump’s Intel Czar,” according to the Post. Politico reported that several intel officials believe the story to be “Russian disinformation.”

He then told the Post Twitter labeled his actions “hacking,” leading him to receive a large number of death threats and hate mail being accused of being a hacker, thief and criminal, the outlet reported. He attempted to sue the platform for $175,000 last year but lost.

The repair shop closed down after people threw excrement, eggs and food at the building, forcing him to flee to Colorado for a whole year, the Post reported.

“He has lost his business, friendships, and his honorable standing in his community,” his lawyer said, according to the Post. “This lawsuit is to attempt to repair a small portion of that damage caused by the defendants in the suit … We intend to show that their actions were intentionally malicious.”

USC excludes White students from $5,000 scholarship
Next Post
Taliban using U.S. records to track down and kill our Afghan helpers