The Supreme Court is poised to overturn the landmark Roe v. Wade decision that granted women the right to an abortion, according to an apparent draft opinion obtained by Politico.

“Roe was egregiously wrong from the start,” Justice Samuel Alito wrote in the draft opinion of the court dated Feb. 10, according to Politico.

“We hold that Roe and Casey must be overruled,” the opinion reportedly continued. “It is time to heed the Constitution and return the issue of abortion to the people’s elected representatives.”

Chief Justice John Roberts has yet to cast his vote and it is unknown which side he will vote with, Politico reported. (RELATED: ‘Roe v. Wade Is Under Attack’: Biden Calls For Preserving Abortion In His State Of The Union Speech)

It’s impossible to overstate the earthquake this will cause inside the Court, in terms of the destruction of trust among the Justices and staff. This leak is the gravest, most unforgivable sin.

Overall, the purported opinion is a “full-throated, unflinching repudiation” of the 1973 Supreme Court ruling, according to Politico.

But the leak of a draft opinion circulated within the Supreme Court is unprecedented, according to court watchers. (RELATED: States Introduced Over 500 Pro-Life Bills In 2021 In ‘Pro-Life Surge’)

“It’s impossible to overstate the earthquake this will cause inside the Court, in terms of the destruction of trust among the Justices and staff,” SCOTUSblog tweeted Monday night. “This leak is the gravest, most unforgivable sin.”

No draft opinion of the court in modern history has ever been leaked in this manner, Politico reported.

Leftists excoriated the draft opinion while pro-life groups applauded it immediately following the Politico report Monday evening. Planned Parenthood, one of the largest U.S. abortion providers, tweeted that the draft decision was “outrageous,” but noted it wasn’t final and that their clinics were still open.

The amount of seething rage from the Left right now, angry that *some* babies may be protected from the murderous acts of abortionists, is hideous. What a time to be living in.

A federal district court and appeals court ruled against the state of Mississippi before the Supreme Court agreed to hear the case in May 2021. The high court heard arguments in December. (RELATED: Biden Reverses Trump Rule Blocking Federal Funds From Going To Abortion Businesses)

If the Supreme Court opinion holds, 22 states have laws or constitutional amendments in place that could lead to an immediate statewide abortion ban, according to the Guttmacher Institute. Nine of these states have abortion bans still in place from before 1973 while 13 have implemented “trigger bans” that would prohibit abortions if the Supreme Court overturns Roe v. Wade. 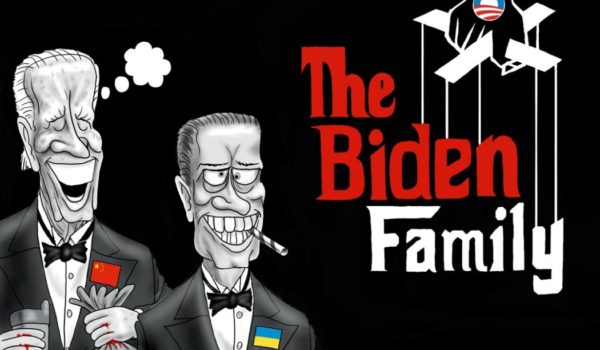 Cartoon of the Day: The Sticky Fingers Gang
Next Post
College student reported to administration for bias, for calling old people ‘boomers’