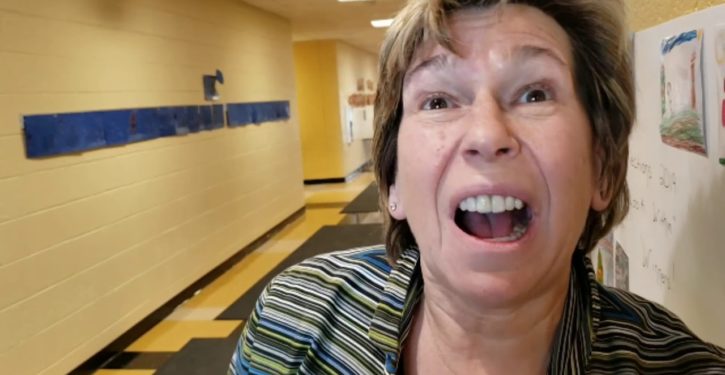 Teachers unions donate millions to progressive politicians and to “dark money” groups that advocate left-wing causes and support left-wing candidates. Teachers unions used lies, “sick-outs,” and political pressure to keep many schools closed to in-person learning in 2020 and 2021, even though school closings actually increased deaths from COVID-19, according to a study. School closings resulted in kids getting fatter and thus suffering more from the coronavirus, which attacks fat cells and gives some obese people “long COVID.”

Now, teachers unions are lying about other things, too. American Federation of Teachers president Randi Weingarten made a blatantly false claim on MSNBC recently.

While talking about curriculum transparency laws and parental rights legislation, Weingarten claimed that Betsy Devos, Education Secretary from 2017-2021, founded Hillsdale College, which was set up two centuries ago.

Weingarten claimed on April 23 that journalist, Christopher Rufo, who covers critical race theory in schools and businesses, revealed the motivation behind the push for curriculum transparency “a couple weeks ago, at the college that Betsy Devos founded, Hillsdale College.”

Freewill Baptists founded Michigan-based Hillsdale college in 1844 as Michigan Central College and then renamed it as Hillsdale in 1853. Betsy Devos was not even born until in 1958, over a century after the school was founded, reports The College Fix:

In her segment on MSNBC, Weingarten also used a fabricated quote to try to implicate Rufo.

She said she quoted from Rufo’s speech at Hillsdale.

“To get to universal school choice,you really need to operate from a premise of universal public school distrust, to sow and grow that distrust, you have to create your own narrative frame, and have to be brutal and ruthless in pursuing it,” Weingarten said, allegedly quoting Rufo.

But that’s not what Rufo said.

It’s getting worse for @rweingarten. She took her fabricated quotation and read it live on MSNBC.

Randi: delete your false tweets and issue an official retraction—or I will unleash hell on you. pic.twitter.com/QKnZwiRawc

According to the video from the April 5 talk, Rufo said:

I think you want to create the conditions for fundamental, structural change, to appropriate some language. For example, school choice– to get universal school choice, you really need to operate from a premise of universal public school distrust. Because in order for people to take significant action, they have to feel like they have something at stake.

“You have to create your own frame, your own language, and you have to be ruthless and brutal in pursuit of something good,” Rufo had said about seven minutes prior.

Weingarten inserted “to sow and grow that distrust” and “narrative”…