Elon Musk said in a Tuesday tweet that Twitter suspending The New York Post’s account in 2020 over their report on Hunter Biden’s laptop was “incredibly inappropriate.”

Twitter locked the New York Post’s (NYP) account for seven days after they published an Oct. 15, 2020, story containing emails allegedly from Biden’s laptop indicating that he and his father, President Joe Biden, met with a Ukrainian executive from the oil company Burisma.

Podcast host Saagar Enjeti pointed to a Tuesday story about Twitter’s top lawyer, Vijaya Gadde, reportedly crying over Musk’s takeover of Twitter, arguing that she is upset after criticism of the “censorship” of the laptop report.

“Suspending the Twitter account of a major news organization for publishing a truthful story was obviously incredibly inappropriate,” Musk replied.

The platform immediately prohibited any users from sharing a link to the NYP’s story and locked any account for revealing any details on the laptop story. Twitter locked former White House press secretary Kayleigh McEnany’s personal account for sharing a link to the article on the same day of its publication. (RELATED: New York Post Goes After New York Times For Confirming Authenticity Of Hunter Biden’s Laptop Several Months Later)

Twitter CEO Jack Dorsey later issued an apology to the NYP for censoring the account, saying the company’s “communication” surrounding the article was insufficient.

“Our communication around our actions on the @nypost article was not great,” Dosey said. “And blocking URL sharing via tweet or DM with zero context as to why we’re blocking: unacceptable.”

The New York Times and Washington Post recently confirmed the authenticity of the laptop story after the corporate media consistently denied the reports. The younger Biden allegedly abandoned the computer in a Delaware repair shop in 2019 which reportedly contained emails detailing his foreign business dealings with Burisma and the state-owned Chinese energy company CEFC China Energy Co., from which he received $4.8 million in wire transfer payments from its founder, Ye Jianming.

Musk’s $43.4 billion purchase of Twitter followed his vow to prioritize free speech on the platform. In a Monday statement, the Tesla CEO called free speech “the bedrock of a functioning democracy.”

“Free speech is the bedrock of a functioning democracy, and Twitter is the digital town square where matters vital to the future of humanity are debated,” Musk said. “I also want to make Twitter better than ever by enhancing the product with new features, making the algorithms open source to increase trust, defeating the spam bots, and authenticating all humans.” 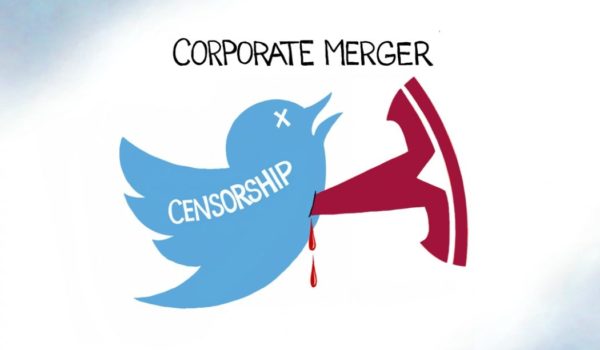