“This is happening all over the country. We’re electing woke judges, woke prosecutors. Look, in my county, they’ve recruited an individual to run against me from George Gascon’s team. People need to go to ToddSpitzer.com and help me fight back this wokeness. It is, Dana. We’ve got to stop this. Thank goodness for Fox News and the fact you are actually telling people about what’s going on in our communities. It is out of control,” Spitzer told Fox News.

Spitzer is running for re-election in Orange County with his slogan being “No LA in OC.” His message is that if his progressive challenger, Peter Hardin, becomes Orange County District Attorney, his policies will be identical to Gascon’s. (RELATED: REPORT: Convicted Murderer Calls Left-Wing DA His ‘Champ,’ Says He’ll Tattoo Name On His Face)

One thing I know for certain: criminals won’t be doing this for me. #NoLAinOC pic.twitter.com/y55FcGaDjn

As Gascon is facing a recall in Los Angeles, Spitzer is promoting his campaign slogan to keep Orange County one of the safest places to live in California.

Orange County is the safest major county in California for a reason – I actually prosecute violent criminals and enforce the law. That is why 5 of the top 10 safest cities in all of California are right here in Orange County. #NoLAinOC pic.twitter.com/8XP00htQsk

https://t.co/1ADnxnITvt
We must stop this chaos and take over of our communities. Orange County CA is California’s safest large county. I fight against this rampant nonsense from @GeorgeGascon everyday. Gascon put up a puppet to run against me. #NoLAinOC https://t.co/7A9jIULjP0

Capt. Jonathan Tippet told the Los Angeles Times he has never seen anything like the crime being committed currently in Los Angeles.

“There’s no chance or opportunity for these victims even to comply … In my 34 years on the job, I’ve never seen anything like this.”

In a Santa Monica neighborhood, the United States Postal Service recently suspended its service following attacks on mail carriers. Santa Monica Police Department is familiar with the suspect, due to encounters they have had with him previously, CBS reported.

These crimes have taken place under Gascon, which Spitzer has highlighted in his campaign.

Should statisticians be excluded from juries to prevent racism?
Next Post
Cartoon of the Day: Still Leading From Behind 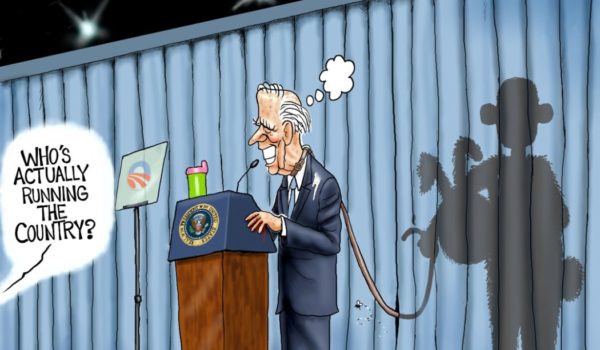