A convicted murderer says he will get left-wing Los Angeles County District Attorney George Gascón’s name tattooed on his face because Gascón massively reduced charges in his case.

“I’m going to get that n—–’s name on my face. That’s a champ right there. F—in’ Gascón,” says gang member Luis Angel Hernandez in a jailhouse phone call. Hernandez shot and killed a delivery man  during an armed robbery in 2018. He is part of the OTF gang.

As Channel 11 in Los Angeles reports:

Upon taking office, Gascón implemented a controversial directive that barred prosecutors from applying “enhancements” in nearly all cases, no matter how heinous the crime. Enhancements increase sentences based on the circumstances of a crime.

Hernandez faced enhancements for being a gang member, using a firearm in the commission of a crime, and for the “special circumstance” of committing murder during an armed robbery.

The enhancements were dropped because of Gascón policy, according to law enforcement sources. That was cause for celebration for Hernandez. “This s–t looking real good. Now we got a new DA in LA … so they’re going to drop a gang of, um, like my gun enhancement, my gang enhancement,” he says in the jailhouse phone call. “My gang enhancement is 10 years, fool, for being a gang member. And then the gun in the commission of a crime.”

Hernandez initially faced life without the possibility of parole, which is also barred by Gascón’s directives in nearly all cases. “That’s the n—– right there, bro. He’s making historic changes for all of us, fool. I’m just grateful, fool. Like, I got good news off that s–t,” Hernandez says in the audio.

Two months ago, a convicted sex offender named James Tubbs was heard on audio gloating over the meager punishment he was given for sexually assaulting a minor in a Denny’s restaurant in East Palmdale, Calif. In the phone recording, he calls his victim a “piece of meat.”

Tubbs, who is an adult, was a minor at the time of the crime. Under Gascón’s policy of never transferring minors to adult court, the 26-year-old Tubbs was given a mere two-year sentence and was put in a juvenile facility for girls after changing his name to Hannah and claiming to be transgender.

Dorsett was given a 40-year sentence for the 2005 execution-style murder of a member of a competing gang. But Gascón wants the courts to revisit the sentences of many offenders given sentences of more than 20 years.

Gascón refuses to try people who committed crimes at age 16 or 17 in adult court, even when they commit aggravated murders. So teenage serial killers will not be held beyond age 25, no matter how many people they kill.

And Gascón refuses to seek sentence enhancements mandated by California law. For example, Gascón ordered prosecutors in Los Angeles County not to seek the sentencing enhancements approved by California voters in Proposition 8. That ballot initiative increased penalties for repeat offenders who commit willful homicide, forcible rape, robbery, and aggravated assault with a firearm. Prosecutors responded by bringing a lawsuit challenging Gascón’s order banning sentence enhancements. Gascón also will not let prosecutors in his office seek the death penalty under any circumstances.

It is disturbing that Gascón refuses to prosecute 17-year-old rapists and murderers as adults, because that results in them serving only short, inadequate sentences in a juvenile facility. Longer sentences are needed to deter crime and keep crime rates down.

Crime in California fell significantly after California voters adopted Proposition 8, which mandated longer sentences for repeat offenders. A National Bureau of Economic Research study found those longer sentences deterred many crimes from being committed. As it observed, three years after Proposition 8 was adopted, crimes punished with enhanced sentences had “fallen roughly 20-40 percent compared to” crimes not covered by enhanced sentences. Sentencing enhancements prevented crime by dissuading people outside of prison from committing crimes, not just by keeping convicted criminals in prison where it’s harder to commit a crime. 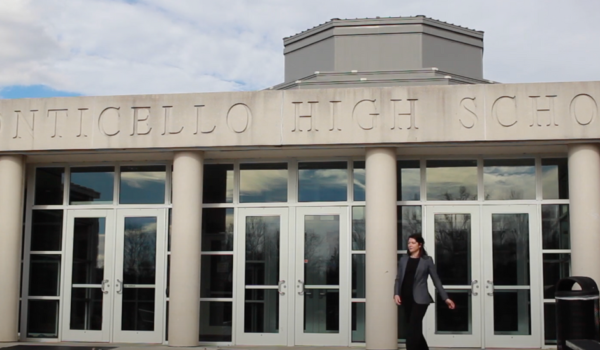