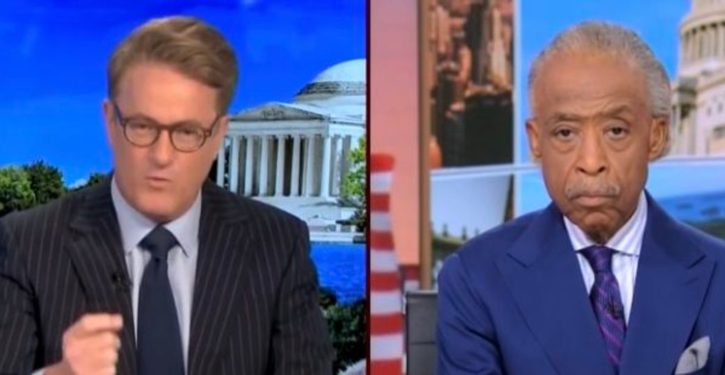 MSNBC’s Joe Scarborough railed against “white woke” Democrats on Monday for losing the vote of the “more conservative” minority voters.

Scarborough said President Joe Biden and Democratic New York City Mayor Eric Adams both defeated their progressive counterparts since they ran as moderates. He then asked Rev. Al Sharpton to explain to “white woke leaders” that they are “losing people of color.” (RELATED: ‘Meet The Press’ Panel Predicts ‘Culture War’ Will Be ‘A Real Problem For Democrats’ In The Midterm Elections)

“They’re losing people of color because they really don’t get the people of color’s life,” Sharpton said. “If you are living in a city neighborhood that is inundated with crime and you act like that is not an issue, you’ve already lost me. That is an issue. Yes, we must deal with policing, I’ve been out front with that. But you cannot ignore when 12-year-old kids, whose somebody’s niece and neighbor’s kid, get killed and you act like that’s a non-issue because you’re too elitist to live on the ground.”

A December poll found that 49% of Hispanic voters approve of reducing legal immigration and 51% favor limiting asylum and the number of refugees entering the U.S. Nearly 70% said they support Trump’s tax cuts. A recent Wall Street Journal poll found that voters have gained distrust for the party in handling COVID-19, the economy and public education.

In 2020, 1 in 3 black men in the Midwest voted for Trump and an overall 52% of conservative black male voters backed the former president.

A Wall Street Journal (WSJ) poll released earlier in April found that Democrats and Republicans hold an equal amount of support among Hispanic voters. With the economy being considered the most important issue, Hispanic men overwhelmingly distanced themselves from the Democratic Party by supporting Trump and trusting Republicans with handling the economy over their liberal colleagues.