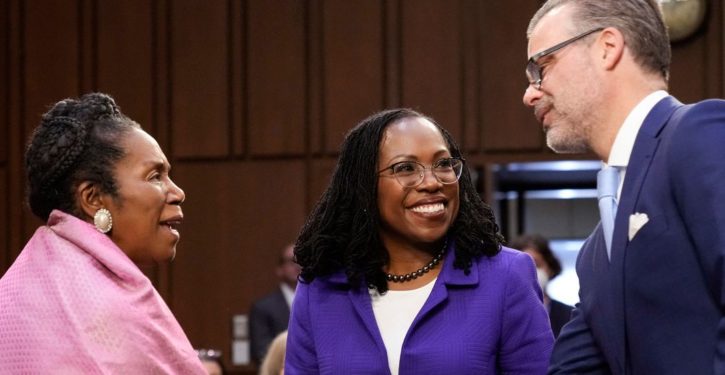 The Senate voted to confirm Judge Ketanji Brown Jackson to the Supreme Court on Thursday, with three Republicans voting with all 50 Democrats in support of her nomination.

President Joe Biden nominated Jackson to the Supreme Court in February to replace Associate Justice Stephen Breyer, who will retire from the bench at the end of the Court’s current term. A former clerk for Breyer, Jackson was first appointed a District Court judge by President Barack Obama in 2013, and Biden elevated her to the D.C. Circuit Court of Appeals in 2021.

During her confirmation hearings, Republicans questioned Jackson’s work as a public defender and private attorney on Guantanamo Bay terrorism cases, as well as child pornography sentences she issued as a judge. In contrast, Democrats emphasized the fact that Jackson will be the first black woman to serve on the Supreme Court. (RELATED: Senators Signal Three Issues That Will Define The Ketanji Brown Jackson Hearings)

Led by Josh Hawley of Missouri, Republican senators argued that Jackson consistently under-sentenced defendants convicted of child pornography offenses. Democrats and some conservatives pushed back, saying that Jackson’s sentences were in line with suggestions offered by an arm of the federal court system known as the Probation Office. Senate Judiciary Committee chairman Dick Durbin of Illinois refused to approve the release of the office’s sentencing reports, calling it “a bridge too far.”

Excerpts from the reports were ultimately published by The Washington Post.

“We won’t try to turn this into a spectacle based on alleged process fouls,” Judiciary Committee ranking member Chuck Grassley of Iowa said.

Durbin admitted on Thursday that Democrats handled previous nominations poorly, adding that he believed most Republicans conducted themselves well during Jackson’s hearings.

“The majority of Republican senators in the Senate Judiciary Committee led by the ranking member, Chuck Grassley, I believe, were respectful and dealt with the judge in a fair manner, asked tough questions as they were expected to but did not cross the line into personal attack,” Durbin said.