The media depicted China as successfully curbing the spread of the coronavirus through harsh quarantines. It wasn’t true, for the most part. China covered up most of its coronavirus deaths. Now, so many Chinese people are ill from COVID there that no amount of cover-up can conceal it. Elderly people there are dying. The National Review reports:

while the U.S. has the pandemic in its rear-view mirror, the Omicron variant has arrived in China and Hong Kong, and the Chinese government, following its “zero Covid” philosophy, is trying to deal with a super-contagious variant by locking down anyplace it appears. As you can imagine, it’s not going well — and perhaps illustrating that as frustrating and flawed as the U.S. response to Covid-19 was, a “zero covid” approach just delays the problem instead of stopping it….It is arguably the biggest story in the world that you’re hearing very little about: China, which for much of the past two years held itself up as a Covid-19 success story for enacting a “zero Covid” policy, is now dealing with an explosion of cases and is trying to stop a virus as contagious as the common cold through lockdowns — with predictably bad results.

There is growing concern in Shanghai, where health officials in the city of about 25 million people reported 1,609 cases on Friday … a sharp increase from the previous day’s 979.

Shanghai’s authorities have resisted going into city-wide lockdown, a harsh measure still being used in other provinces, and are instead closing individual buildings and communities for testing. But some residents have claimed they’ve been locked down for far longer than warned, and others reported issues in securing fresh food and other deliveries. . . .

On Wednesday a nurse in Shanghai died after she was denied entry to hospitals after suffering an asthma attack, echoing the cases of people who died during a lockdown in Xi’an last year after they were denied medical care because of overly strict Covid policies.

As the National Review notes, “It takes a particular kind of genius to respond to a public-health crisis by denying people access to hospitals. This is like fighting arsonists by shutting down firehouses.”

In Hong Kong, things are worse now than at any point in the epidemic, reports Vice:

From overwhelmed hospitals to overflowing morgues, the scenes from Hong Kong’s COVID-19 crisis were strikingly similar to those that unfolded around the world in the early months of the pandemic.

Except that for the wealthy city of 7.5 million people, the sight of bodies piling up in hallways and around patients in hospitals emerged only this month, a year after vaccines against the virus became widely and freely available in the territory. . . .

In a matter of weeks, the contagious Omicron variant of the virus has infected more than 1 million people and caused more than 5,000 deaths, mostly among unvaccinated, elderly people.

Most striking is the fact that “More than 70 percent of Hong Kong’s COVID-19 fatalities were people aged 80 and older, many of whom lived in elderly care homes. The same age group was the least vaccinated at the outset of the current wave of infections, with less than one in five people fully vaccinated.”

As National Review notes, “Somehow, Hong Kong authorities failed to vaccinate the demographic that is most likely to succumb to Covid-19” as an article in The Lancet reveals:

At the time of writing, 78 percent of people aged 12 years and older in Hong Kong had received both doses of the vaccine. But less than a third of those over the age of 80 years had been fully vaccinated. When omicron hit Hong Kong, the proportion of fully vaccinated residents of care homes was under 20 percent.

“I am very disappointed that despite having early, privileged, and sustained access to the COVID-19 vaccines, we still have this large vulnerable group that remains sub-optimally covered”, commented Gabriel Leung, dean of medicine at the University of Hong Kong. The fifth wave of COVID-19 has already killed more than 2000 people in Hong Kong. An analysis of the first 1153 deaths revealed that 92 percent of the deceased had not received both doses of the COVID-19 vaccine.”

As Australian Broadcasting reports, in one of China’s largest cities,

Shenyang — an industrial base home to factories, including car-maker BMW — reported 47 new cases on Tuesday as authorities put all housing compounds under “closed management” and barred residents from leaving without a 48-hour negative test result.

Health-care workers are literally being worked to death in places such as Shandong in northeast China, according to the Wall Street Journal:

On Tuesday, a state-media report said the state-sponsored All-China Women’s Federation had posthumously awarded a badge of honor to a woman who died after working for 11 days straight at a hospital in Shandong province, including seven night shifts. The woman, 42-year-old Bai Xiaohui, who led a Covid-testing team, collapsed Sunday as she came off a shift, the federation said, describing her as a model worker. After the state-media report was posted on social media, one commenter said, “Please give medical workers more time to rest while they are alive.”

China’s provinces should set up at least two to three temporary hospitals each to treat Covid-19 patients, Beijing said on Tuesday (March 22), a potential sign the country is anticipating an increase in cases as it battles an Omicron outbreak and ponders how to exit its isolationist virus strategy.

Official Chinese statistics have concealed “how bad the outbreak is,” says National Review. “The official Chinese statistics would have you believe that only two people died of Covid-19 in that country in the entire year of 2021 — in a country with 1.4 billion people.” This is obviously a lie, because “the Chinese mortality rate of deaths per 1,000 inhabitants jumped from 7.07 in 2020 to 7.18 in 2021,” and an analysis by The Economist had estimated that China had 280,000 to 430,000 more deaths than it would have been expected to have.

As the National Review notes,

As we’ve all learned during the past two years, it is really tough to “stop the spread” of SARS-CoV-2, the virus that causes Covid-19. Human beings want and need to interact with other human beings, and it’s unrealistic to expect people to stay in their homes and minimize their interactions with others for months at a time. And once a virus gets as contagious as the Omicron variant, it’s just about impossible to stop….

“Zero Covid” policies can delay a country’s encounter with the virus, but they can’t stop it. As frustrating, flawed, and stumbling as the U.S. response to Covid-19 was, the strategy was sound: Minimize your risk of exposure until a vaccine is developed, particularly if you’re old, immunocompromised, or have comorbidities; once a vaccine is available, get your shots and get your immune system primed and trained for a run-in with SARS-CoV-2; get additional boosters as needed. Once you’ve got the shots, your run-in with Covid-19 is likely to feel like a winter cold, and then you’ll have natural immunity on top of your vaccine immunity.

Unsurprisingly, the Chinese people are noticing that two years after the pandemic started, they’re still getting their cities shut down, while the rest of the world — having endured two years of fits and starts and several waves — is generally moving on and returning to normal.

In the tech hub of Shenzhen on Sunday, videos shared online showed residents protesting in a locked-down district, after restrictions lasted for several days longer than scheduled, according to social media posts.

“You can’t do this — we need to eat and pay the rent,” a man among a crowd of protesters is heard yelling in anguish at health care workers, who stood behind high plastic barriers, according to a video shared online.

“Unlock! We demand lifting the lockdown!” others shouted in a second clip.

In another instance, in the neighboring city of Guangzhou earlier this month, thousands of people were seen in video footage trying to escape being caught up in a snap lockdown at a trade fair. Some hopped fences to avoid being locked inside the venue after a single positive case was found.

As National Review observes, “The other complication for China is that Chinese-manufactured vaccines didn’t seem as effective against the original strains of SARS-CoV-2 as other countries’ vaccines; the early evidence suggests that the Chinese vaccines are even less against effective against Omicron.” 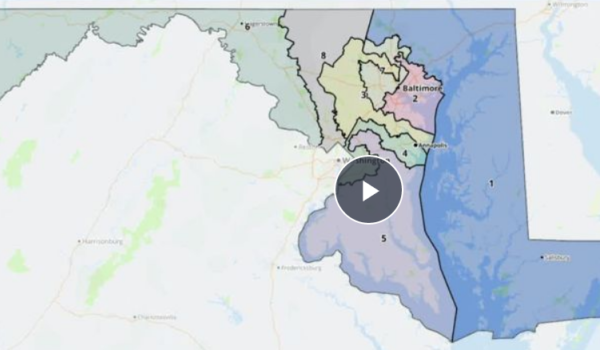