Facilitating the loosening of former President Trump’s iron grip on the Republican Party are cumulative sets of actions and statements emanating from spheres of GOP influence. Meanwhile, elected leaders’ fear of Trump backlash and name-calling is diminishing — signaling the post-Trump era has begun. Trump’s unraveling is akin to a “decline by 1,000 cuts.” Let’s examine it.

We begin on March 4 at the RNC’s major donor retreat in New Orleans, attended by former Vice President Mike Pence. His appearance proves that Trump could not prevent Pence from addressing this high-roller crowd. Indirectly, Pence spoke critically of Trump, saying, “There is no room in this party for apologists for Putin. There is only room for champions of freedom.” Pence boldly countered Trump’s earlier praise of the Russian dictator he infamously called “savvy” and a “genius” in the war’s opening days.

Upon leaving the RNC, Pence felt confident because he was embarking on a secret, potentially game-changing trip that could challenge Trump’s supremacy.

On March 5, Trump also spoke at the retreat, generating news that will long be re-quoted. He “joked” that the U.S. should “put the Chinese flag” on F-22 fighter jets and “bomb the shit” out of Russia. You can imagine the audience gasping.

Later that Saturday night (but not reported until March 9),Trump was heading home aboard an unnamed donor’s plane when engine failure forced an emergency landing. The harrowing incident unleashed several news cycles of Trump plane drama.

Suspiciously starting on March 9, Trump supporters received an email solicitation titled “Update: Trump Force One.” It stated, “My team is building a BRAND NEW Trump Force One,” which appeared to be seeking donations.

Then watch Trump’s airspace since he has lost altitude with that previously mentioned “mega-donor kingmaker who owns a jet.” Ironically (also first reported on March 9), Mike Pence had boarded the kingmaker’s jet bound for Israel and later the Ukraine-Poland border.

Here is why Pence’s trip could be perceived as a flashing red signal that the post-Trump era has begun. The plane is owned by Miriam Adelson — widow of Sheldon Adelson — a GOP donor extraordinaire who died in January 2021. Mr. Adelson was a casino empire multibillionaire, a personal friend of Donald Trump and the force behind the American Embassy in Israel moving from Tel Aviv to Jerusalem in 2018. By the way, reportedly, the Adelsons contributed $220 million to the Republican Party during the 2020 election cycle.

Beyond Miriam Adelson’s financial resources, her support for Pence signals that Trump may not be a viable 2024 candidate, and that it may be time to move on.

Although Pence was aboard Miriam Adelson’s plane — and is likely a contributor to Pence’s advocacy group’s recent $10 million ad buy against House Democrats — Mrs. Adelson alone can not usher in the post-Trump era.

Suffice it to say, the Russia-Ukraine war has weakened Trump with self-inflicted wound-like statements and his previous anti-NATO stance while emboldening GOP leaders to denounce the twice-impeached former president. Then, on cue, a name-calling bombshell dropped on Saturday night after a Trump rally in South Carolina.

Continuing his feud with Trump, Rep. Tom Rice (R-S.C.) called the former president “a would-be tyrant.” At the rally, Trump was harder on President Biden than on Putin. Trump’s harshest words for the ruthless dictator were, “He’s driven to put it together. …It [the invasion] should’ve never of happened if he respected our president.”

Also from the House was the recent headline, “McCarthy breaks with Trump on Putin: Russian leader not ‘savvy,’ ‘genius.’” That was uncharacteristically anti-Trump criticism from House Minority Leader Kevin McCarthy (R-Calif.). Usually, he courts and counts on Trump’s support (dreaming of his future title “House Speaker McCarthy” should the GOP win control of the House in the midterm elections).

In another “cut,” Trump’s social media app “Truth Social” is underperforming and off to a rocky start — even Trump is not an active user.

And like sharks smelling blood while circling the waters of Mar-a-Lago, there are an increasing number of 2024 anti-Trump presidential candidates who are envisioning a primary challenge. Furthermore, many highly touted Trump-endorsed primary candidates are struggling with fundraising and momentum.

Then last week, in what was a blatant Trump snub, the prestigious conservative American Enterprise Institute did not invite him to its annual World Forum attended by other GOP leaders.

And don’t forget the blow-up with his former Attorney General William Barr, prompting Trump to send a childish name-calling letter to NBC’s Lester Holt after Holt interviewed Barr. The letter is a window into Trump’s mindset.

Besides all the “cuts,” the most severe knife wounds could result from various legal actions pending in New York and Georgia. Most watched will be the House Jan. 6 committee’s conclusions and ultimately whether Attorney General Merrick Garland indicts Trump for criminal conspiracy or defangs the politically explosive matter.

The post-Trump era has been born (though Donald still rocks the cradle). 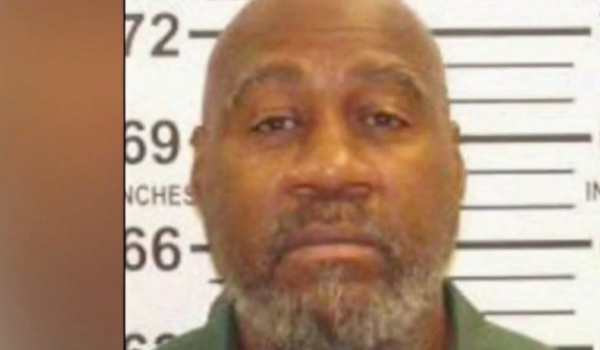