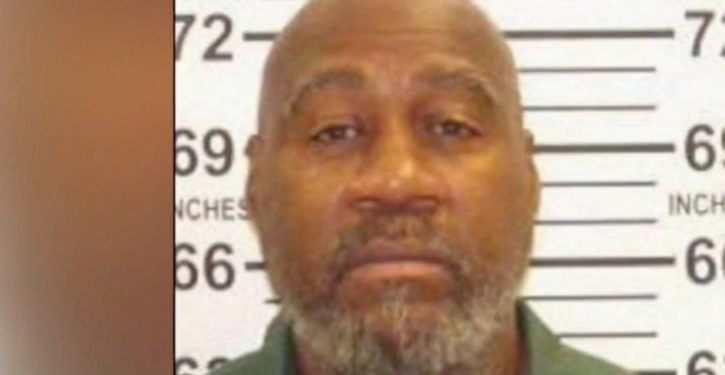 Muntaqim was convicted in 1971 of murdering two New York City police officers, Joseph Piagentini and Waverly Jones, in an ambush style attack, according to the New York Daily News.

Muntaqim was a member of the Black Liberation Army (BLA), a violent offshoot of the Black Panthers, when he committed the murders. The BLA is responsible for murdering and wounding more than a dozen police officers, according to the FBI.

After spending 49 years in prison, Muntaqim was paroled in 2020. Patrick Lynch, President of the Police Benevolent Association (PBA) blamed former New York Governor Andrew Cuomo and the New York State Legislature for altering parole guidelines that led to Muntaqim’s release from prison, according to the New York Daily News. “They have chosen to stand with the murderers, cold-blooded assassins and radicals bent on overthrowing our society” Lynch declared. (RELATED: New York Is Releasing Another Cop Killer)

SUNY Brockport is facing backlash for its decision to host Muntaqim and its framing of him being a former “political prisoner.”

Republican New York Rep. Chris Jacobs was joined by several other Republican members of the New York delegation in a joint statement criticizing the university for planning the event.

I led the New York Republican Congressional Delegation to call on SUNY Brockport to rescind its speaking invitation to a convicted cop killer.

“As members of Congress representing thousands of brave police officers throughout New York State – we find it unsettling that a taxpayer funded school would believe it is acceptable to give a platform to an individual who was convicted of murdering two law enforcement officers, Joseph Piagentini and Waverly Jones, in cold blood, especially at a time when violent murders and ambushes of police have skyrocketed in this nation,” the statement read.

“SUNY Brockport’s decision to label this individual a ‘political prisoner’ is not only patently false but an insult to the thousands of actual political prisoners throughout our world who are being unjustly persecuted for their legitimate beliefs – not heinous crimes against law enforcement,” the statement continued.

In response to the outcry, the university rescinded an honorarium they were planning to pay Muntaqim, ABC 13 reported. However, they are not canceling the event.

“We do not support the violence exhibited in Mr. Muntaqim’s previous crimes, and his presence on campus does not imply endorsement of his views or past actions. However, we believe in freedom of speech,” University President Heidi Macpherson said, according to ABC 13.

The post-Trump era has begun
Next Post
Russian Troop Deaths Exceed 7,000 Within A Few Weeks Of Ukraine Invasion, According To US Estimates