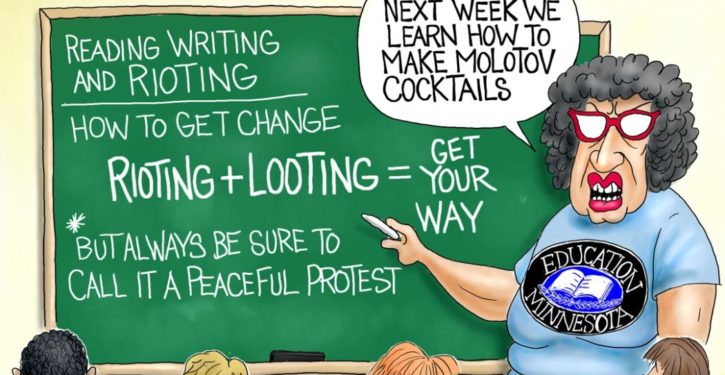 Today, America has a lower literacy rate than northern Europe and parts of East Asia — lower than poorer countries like Poland, Hungary, Ukraine and Russia.

But it once had the highest literacy rate in the world — before it had a public school system:

Americans educated their children to a very high degree—indeed, to such a high degree that America had the highest literacy rates of any country in the world! European visitors to the United States were astonished by the levels of education achieved in the United States. In his National Education in the United States (1812) published forty years before the introduction of government schooling, Pierre Samuel Du Pont de Nemours expressed his astonishment at the extraordinary literacy rate he saw amongst ordinary Americans.

Likewise, Alexis de Tocqueville wrote in Democracy in America that the Americans were “the most enlightened people on earth.” Even on the frontier where schools and libraries were in short supply, Tocqueville noted that one-room cabins hidden deep in the woods typically contained a copy of the Bible and multiple newspapers.[1]

All of this was achieved without government schools.

And then, everything changed….

The primary objectives of America’s new Prussianized education system were fivefold: first, to replace parents with the State as the primary influence on the education of children; second, to elevate and promote the interests of the State; third, to substitute America’s highly individualistic and laissez-faire social-political system with one that was collectivistic and statist in nature; fourth, to create a new kind of citizen, whose primary virtues would be self-sacrifice, compliance, obeisance, and conformity; and, fifth, to Americanize and Protestantize the teeming hordes of Irish-Catholics who were coming to the United States (and then the waves of immigrants coming to the U.S. after the Civil War from southern and eastern Europe).

To achieve these goals, the single most important task of the new government schooling was to disconnect the natural ties between children and their parents. No longer would parents determine in what, how, and by whom their children were to be taught. These functions would now be taken over by the government. Thus, the first steps in liberating children from the baneful influence of their parents could only be achieved by legislating compulsory attendance laws and mandating a common curriculum where all students would learn the same political ideology. . . .

Horace Mann, the 19th-century godfather of American government schooling, summed up the anti-parent premise of state-run education in these terms: “We who are engaged in the sacred cause of education are entitled to look upon all parents as having given hostages to our cause.”

Biolabs in Ukraine working with dangerous pathogens
Next Post
Kansas Teacher Sues After Being Suspended, Refusing To Comply With Preferred Pronoun Guidance