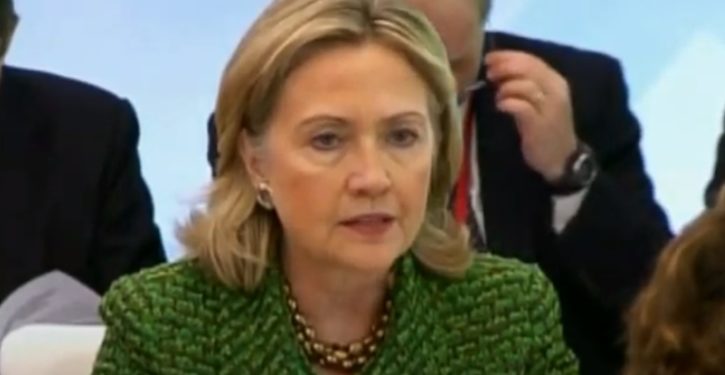 Special Counsel John Durham released a new filing Friday showing that the Clinton campaign paid a tech firm to “infiltrate” the servers at Trump Tower and later at the White House in an attempt to link former President Donald Trump to Russia.

Kash Patel, the former chief investigator of the Trump-Russia probe for the House Intelligence Committee, said the filing “definitively showed the Hillary Clinton campaign directly funded and ordered its lawyers at Perkins Coie to orchestrate a criminal enterprise to fabricate a connection between President Trump and Russia,” reported Daily Mail. (RELATED: John Brennan Says There Was ‘No Spying’ On Trump’s Campaign)

“Per Durham, this arrangement was put in motion in July of 2016, meaning the Hillary Clinton campaign and her lawyers masterminded the most intricate and coordinated conspiracy against Trump when he was both a candidate and later President of the United States while simultaneously perpetuating the bogus Steele Dossier hoax,” Patel concluded.

So much worse than Watergate… and still getting worse all the time!

This latest Durham filing looked for potential conflicts of interest with regards to former Clinton campaign lawyer Michael Sussman, who was indicted for making false statements to a federal agent in September 2021, according to Daily Mail.

That indictment, said Sussman, told then-FBI General Counsel James Baker in September 2016, that he was not doing work “for any client” when presented “purported data and white papers” at a meeting he requested that allegedly demonstrated a “covert communications channel” between the Trump Organization and Alfa Bank, which has ties to the Kremlin, Fox News reported.

Durham’s filing revealed how Sussman had “assembled and conveyed the allegations to the FBI on behalf of at least two specific clients,” one of which was the Clinton campaign. The other, a technological executive named Rodney Joffe, allegedly worked with Sussman at the instruction of the Clinton campaign to “assemble the purported data and white papers” to gather information that would tie Trump to Russia, the Daily Mail reported. (RELATED: Latest Durham Filing Reveals New Legal Woes For Clinton Campaign)

Durham also revealed how Sussman’s own billing records show he “repeatedly” billed the Clinton Campaign for his work on the “Russian Bank-1” allegations.

“The latest pleading from Special Counsel Robert Durham provides indisputable evidence that my campaign and presidency were spied on by operatives paid by the Hillary Clinton campaign in an effort to develop a completely fabricated connection to Russia. This is a scandal far greater in scope and magnitude than Watergate and those who were involved in and knew about this spying operation should be subject to criminal prosecution,” Trump wrote in response to the filing.