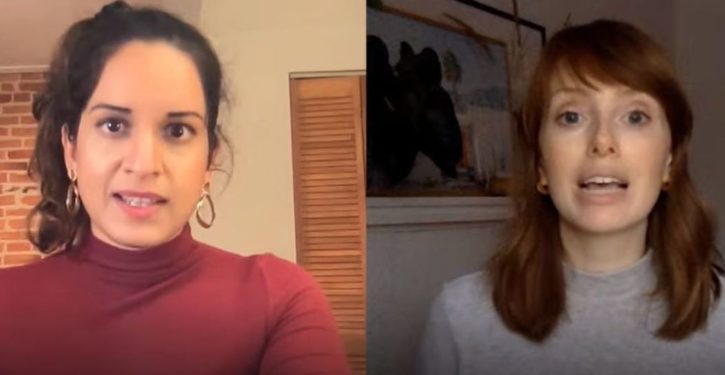 Check My Ads, a group started by Sleeping Giants co-founder and activist Nandini Jammi and advertising consultant Claire Atkin, bills itself as “Adtech’s first watchdog” and claims to “cut disinformation off at the source.” The organization attempts to curb the spread of what it deems misleading or hateful content by pressuring advertisers and ad exchanges to sever business relationships with certain news and commentary sites.

The targets, almost invariably, are conservative publications such as Human Events and The Post Millennial, and right-wing media figures such as Dan Bongino and Charlie Kirk.

Check My Ads recently took credit for helping to kick conservative talk show host Dan Bongino’s website, Bongino.com, off Google’s ad service Friday, with Jammi celebrating Google’s decision as a “final, devastating blow” to Bongino and exclaiming “we did it!”

Holy shit, we did it!!! Dan Bongino’s website has been kicked off @Googleads.

Ties To Spreaders Of Disinformation

While Check My Ads’ self-declared mission includes fighting against disinformation, the group works with several figures and organizations that have themselves pushed misleading or false content. (RELATED: Democrat Anti-‘Disinformation’ Group Still Funding Organizations Behind Steele Dossier)

Both Jammi and Atkin serve on the advisory committee of Good Information Inc., an investment vehicle backed by LinkedIn founder and left-wing philanthropist Reid Hoffman and financier George Soros, and led by Democratic strategist Tara McGowan. The venture bills itself as a “civic incubator” providing funding to media projects that counter “disinformation.”

Hoffman has himself invested in several projects found to be spreading false or misleading information. During the run-up to the 2018 midterm elections American Engagement Technologies (AET), a group funded by Hoffman and staffed by Democratic operatives, ran misleading ad campaigns intended to suppress Republican voter turnout by imitating disgruntled conservatives.

The billionaire funded tech firm New Knowledge, which created thousands of fake Twitter accounts designed to appear as Russian bots during the 2017 Alabama Senate race between Roy Moore and Doug Jones in order to make it appear as if Russia was supporting Moore’s candidacy; Hoffman later apologized for his involvement with the group. New Knowledge CEO Jonathan Morgan acknowledged the firm engaged in disinformation tactics but claimed the efforts were part of a research project.

Advisory Committee members @catthekin + @nandoodles are on the cutting edge of disrupting the disinformation economy with @CheckMyAdsHQ plan to defund the insurrectionistshttps://t.co/p5q25QSdME

Integrity First for America (IFA), a group funded by Hoffman, also contributed over half a million dollars to the legal fund of Bean LLC, the holding company of Fusion GPS which created the Steele dossier containing many now-debunked allegations involving former President Donald Trump.

Good Information Inc. has promoted Check My Ads’ work on several occasions, describing Atkin and Jammi as “on the cutting edge of disrupting the disinformation economy.”

It’s unclear whether Check My Ads is directly funded by either Hoffman or Soros; the group did not respond to the Daily Caller News Foundation’s questions as to the source of its funding.

Jammi and Atkin also run a for-profit digital advertising agency of the same name, which has received endorsements from executives at Uber and Netflix.

Check My Ads’ main project is an initiative to “defund the insurrectionists,” which launched Jan. 5 and seeks to pressure advertisers to abandon several right-wing media figures that Jammi and Atkin believe “incited” the Jan. 6 Capitol riots.

“We identified the top six people who incited the insurrection [and] who made a ton of money off of it,” Atkin told Protocol in a January interview.

The initiative targets right-wing media figures Glenn Beck, Steve Bannon, Tim Pool, Dan Bongino, Charlie Kirk and Tucker Carlson, and attempts to pressure advertisers and exchanges to sever business relationships with the aforementioned individuals, accusing the figures of “seeding the next insurrection in 2024.”

“Every day from here until the end of the campaign, we will be asking people to email different ad-tech companies and say: ‘These are the insurrectionists who you are supporting. You are sending ads to people who incited violence,’” Atkin said. (RELATED: NIH Director Wants To ‘Track Down’ Spreaders Of Online Vaccine ‘Disinformation’)

Check My Ads did not respond to specific questions when reached for comment by the Daily Caller News Foundation, nor did the group provide examples of content it deemed to be inciting an insurrection.

“Welcome to Human Events Daily with your host white nationalist and Pizzagate conspiracy theorist @JackPosobiec…brought to you by @RoveConcepts.”

Hear how dumb that sounds? pic.twitter.com/fNjUVpU3nX

The group’s chief tactic involves alerting ad exchanges to sites hosting or publishing content that could be construed as violating the exchanges’ agreements with advertisers; most exchanges have policies that prevent ads from being shown alongside objectionable content, such as hate speech or misinformation.

“So what we do is we find the ad exchanges that are working with these outlets, therefore violating their own agreement with advertisers, and then we write about it or advocate about it, and the relationship is usually terminated,” Jammi told Protocol.

“In the last year alone, we’ve removed ads from thousands of pages across the sites flagged by Check My Ads and continue to monitor all publishers and creators in our network to ensure they comply with our policies,” Google spokesman Michael Aciman told Protocol.

When reached for comment, a Google spokesperson told the DCNF that the company had already taken action against many of the pages and sites before they were flagged by Check My Ads. (RELATED: Aspen Institute Commission Urges Tech Platforms To Censor Misinformation ‘Superspreaders’)

“We enforce our policies using a combination of automated systems and human reviews and do not rely on third party groups such as Check My Ads,” the spokesperson said. “When we find or are made aware of potentially policy violating content, we review based on our policies and action accordingly.”

The group claims that several ad exchanges including Criteo, GumGum, Sharethrough, and NextRoll have abandoned Bongino’s sites, though it’s not clear the degree to which Jammi and Atkin’s activism caused the exchanges to sever ties. None of the exchanges responded to specific questions from the DCNF, though NextRoll acknowledged that it was no longer serving ads for Bongino’s sites.

Check My Ads credited itself with forcing video sharing platform Rumble, which bills itself as an alternative to YouTube that is immune to “cancel culture,” to alter its business model in order to rely less on ad exchanges. When reached for comment, Rumble disputed that claim.

“Rumble enjoys strong relationships with a number of advertisers and ad exchanges, none of whom have mentioned the Check My Ads group,” a company spokesperson told the DCNF.

Bill to release inmates — even murderers — moves forward in Virginia legislature
Next Post
Cartoon of the Day: What Could Go Wrong? 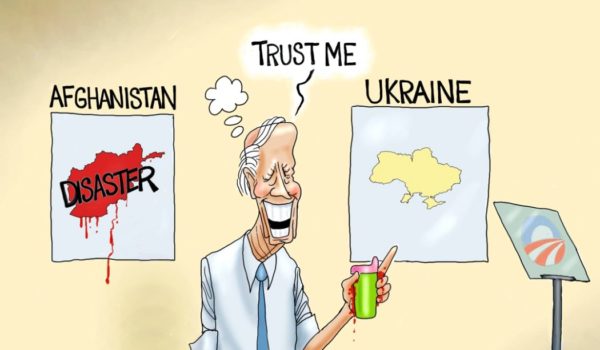