A subcommittee of the Virginia legislature voted 4-to-3 to recommend a bill that would let inmates — even serial killers and serial rapists — seek a much earlier release from prison. The February 2 vote was along party lines, with all Democrats voting for the bill, and Republicans voting against it. The bill could pass the Democratic-controlled Virginia Senate, but it is unlikely to pass the Republican-controlled House of Delegates, where only one Republican currently supports it, and other Republicans have voted to kill vaguely similar legislation in the past.

Under the bill, SB 378, murderers currently serving life without parole could be released after 10 or 15 years — effectively cutting their sentence by three-fourths or more. It’s called “second-look” legislation, which has been adopted in limited form in the District of Columbia.

Yet, this bill would make Virginia more like the District of Columbia.It would give Virginia a more extreme version of one of Washington DC’s most controversial pro-crime policies, “second look” legislation. A second-look law lets judges cut sentences for criminals, or release them, after they have served 10 or 15 years — no matter how serious the crime they committed. Even if a criminal has been sentenced to life in prison for murdering several people, he can be let out after 10 or 15 years if he files a petition seeking release, and convinces the judge that he has been rehabilitated.

Yet the Virginia bill, a more radical version of DC’s law was introduced on January 11 in Virginia’s senate as SB378. And on February 2, it was approved by the Criminal Subcommittee of the Senate Judiciary Committee.

Studies indicate that longer periods of incarceration deter many crimes from being committed, and reduce recidivism rates. For example, a 2021 study found that when New York stopped prosecuting 16 and 17-year-olds as adults for most offenses, resulting in them spending less time incarcerated, their recidivism rates shot up. As Peter Moskos notes, “Recidivism among 16-year-olds went up” from 39% to 48% for offenses generally, and from 18% to 27% for violent felony offenses. Similarly, a National Bureau of Economic Research study found that longer sentences for repeat offenders in California deterred people outside of prison from committing murder, robbery, and rape.

Under this bill, judges, rather than just parole boards, could release offenders after they have served 10 or 15 years — even if they deliberately committed murder. That’s a bad idea for criminals who took someone’s life in a premeditated murder.

It’s also bad because it gives no weight to deterrence. Second-look sentencing bills like HB 906 and SB 378 direct judges to evaluate whether the offender remains dangerous, such as “rehabilitation demonstrated by the petitioner” and “the petitioner’s disciplinary record while incarcerated.” But they don’t tell judges to consider whether the offender needs to remain in prison to deter other would-be offenders from committing similar crimes. Nor do these bills list the “severity” of the offense as a factor in whether to reduce an inmate’s sentence, even though that should be a key consideration under principles of proportional justice.

Studies of anti-crime laws like California’s Proposition 8 found that longer prison sentences deter crimes from being committed by people who aren’t currently in prison. So people who commit the worst murders need to stay in prison, even if they repent while in prison, in order to discourage and dissuade other people from committing murder as well.

Supporters of second-look legislation argue that people tend to age out of crime, and thus can safely be paroled or released after they’ve spent years in prison. But sometimes, murderers kill again after being paroled. One example is Kenneth McDuff, the “broomstick killer.” At the age of 19, after being paroled, McDuff and an accomplice kidnapped three teenagers. He shot and killed two boys, then killed a girl after raping her and torturing her with burns and a broomstick. Later, after being paroled yet again, he murdered additional women — as many as 15 women in several different states.

This legislation will be voted on by the Virginia Senate’s Judiciary Committee on February 7. If you want to email members of the committee your concerns about the bill, you can send your email to these addresses:

If you agree with the above article that the bill could undermine public safety and increase the crime rate, you could enclose it in your email, beneath a message saying you agree with it. 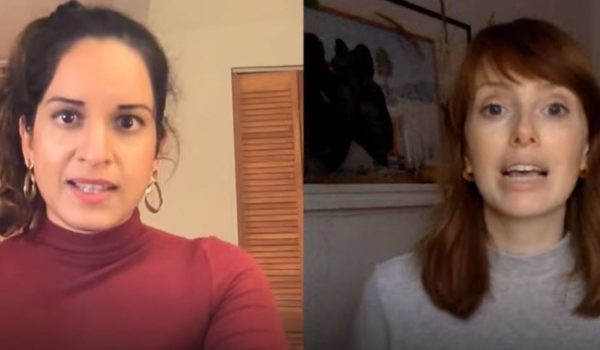