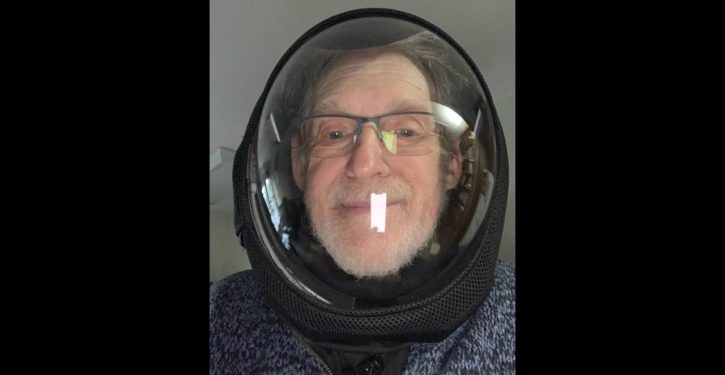 The College Fix reports on an interesting employment dispute that could lead to a lawsuit:

A Michigan professor who was recently suspended after calling students “c*cksuckers” and “vectors of disease” is demanding reinstatement, arguing people have misinterpreted his tongue-in-cheek teaching style, which he argues keeps students engaged and awake in class. “College students come into a class … and when their caffeine runs out, they just buzz out. Nobody passes out in my class. They don’t go to sleep in my class. And they remember the things that I present, because it is so (expletive) funny and outrageous and bizarre. They know when they come into my class and they sit down, they know they’re going to be transported to another planet,” Ferris State University history Professor Barry Mehler told MLive in a telephone interview Tuesday.

Mehler, a 27-year veteran instructor, was suspended last week and the university launched an investigation after a video of his profanity-laced introductory lecture to students went viral. He has since lawyered up. “The university should be celebrating and defending Dr. Mehler, not summarily disciplining him,” attorney Matthew Hoffer wrote to Ferris State University administrators, threatening a lawsuit if they do not reverse the suspension, the Associated Press reported Tuesday.

Inside Higher Ed described the lecture style as “part performance, part protest.” The Foundation for Individual Rights in Education argued the scholar cannot be fired for his “comedic” performance….The Associated Press reported that Ferris State declined to comment on Mehler’s threat to go to court if he’s not reinstated by Wednesday.

The professor might be able to successfully sue, if he was not given fair notice that his remarks violated a specific university policy. In a 1996 case, a professor was disciplined over his “repeated focus on topics of a sexual nature” and “his use of profanity and vulgarities.” But an appeals court overturned his discipline for sexual harassment, finding that its nebulous language was not sufficient to put him on notice that his longstanding, if strange, teaching techniques were forbidden, resulting in a First Amendment violation. (Cohen v. San Bernardino Valley College (1996)).

But if a college clearly instructed a professor not to use language like “c*cksuckers”, it could probably discipline the professor under decisions like Martin v. Parish (1989), which generally allow colleges to forbid profanity. (Sometimes, courts say that rules against vulgar language and epithets cannot be applied to speech on a matter of public concern, such as when a court ruled in favor of a professor who used the N word not to degrade or label black people, but to discuss the racism of the N word. See Hardy v. Jefferson Community College (2001)).