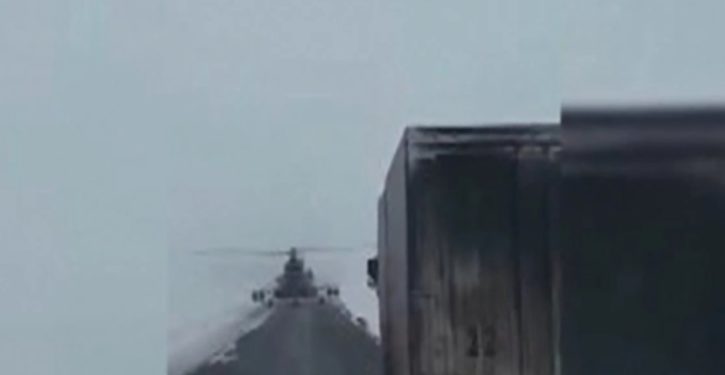 Now there's something you don't see every day. A Kazakh armed forces Mi-8 helo flags down a trucker to get directions. (Image: Screen grab of Euronews video)

The president of Kazakhstan authorized security forces on Friday to shoot to kill anyone participating in unrest as his country faces massive protests that have already led to violence, the Associated Press reported.

“I have given the order to law enforcement and the army to shoot to kill without warning,” President Kassym-Jomart Tokayev said in a televised address, the AP reported. “Those who don’t surrender will be eliminated.”

The protests began because of the near doubling in the price of gas, and they spread throughout the country as anti-government sentiment grew, the AP reported. Dozens of demonstrators were killed while storming the presidential palace on Wednesday, and others invaded administrative buildings throughout the night.

The president called those involved in the turmoil “terrorists,” “bandits” and “militants,” the AP reported. He also reportedly lambasted calls from other world leaders for there to be talks with the protesters. (RELATED: American Journalist Jailed In Foreign Country Receives New Charges) 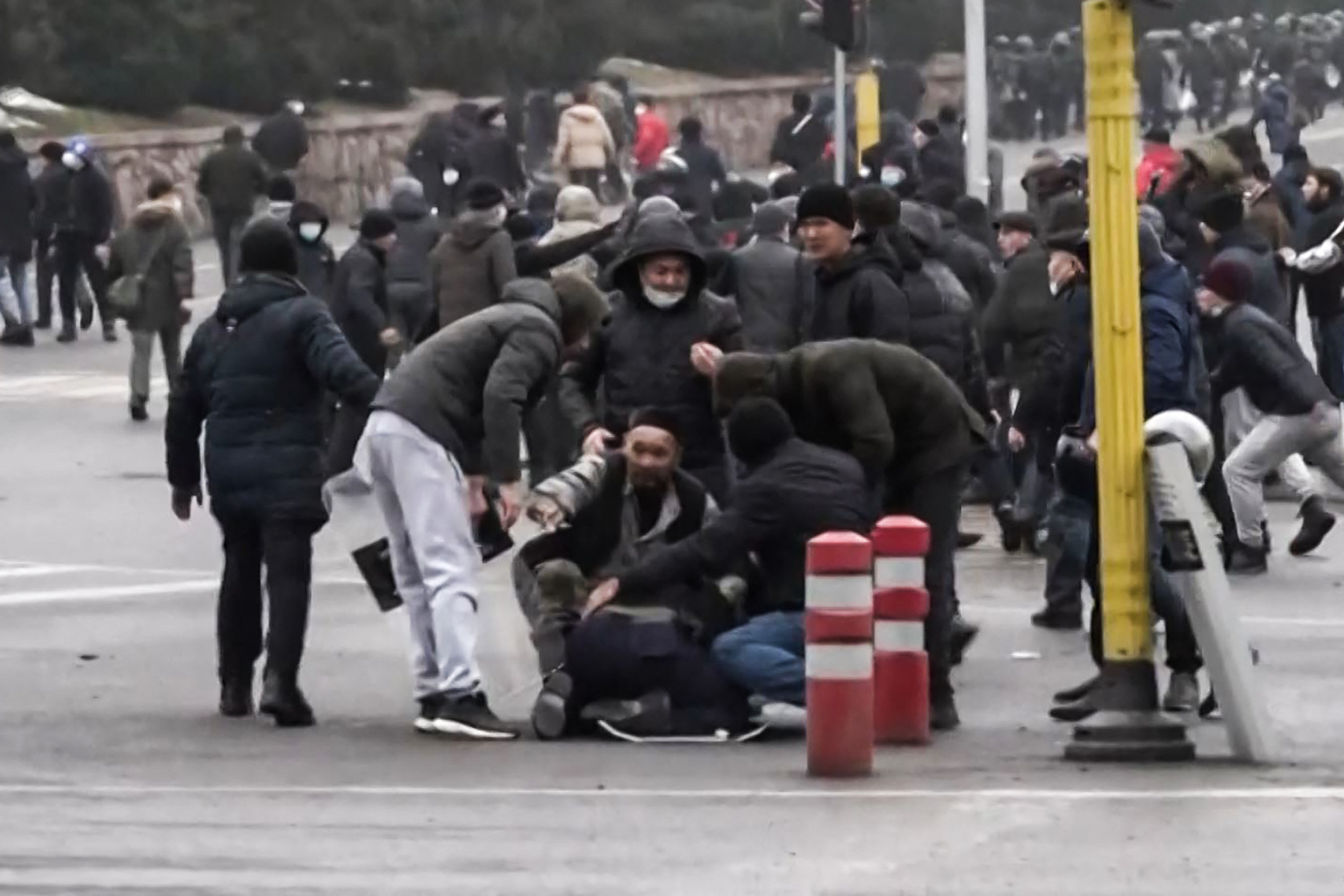 A frame grab taken on January 6, 2022 from an AFPTV video made on January 5, 2022, shows protesters clashing with Kazakstan’s security forces during a demonstration in the country largest city Almaty as unprecedented unrest in the Central Asian nation spins out of control due to a hike in energy prices. (Photo by ALEXANDER PLATONOV/AFPTV/AFP via Getty Images)

“The United States urges the authorities and the people of Kazakhstan to find a peaceful and constructive resolution of the state of emergency by respecting constitutional institutions, human rights, and media freedom, including through the restoration of internet service,” U.S. Departement of State spokesperson Ned Price said at a press briefing Thursday.

Russian-led intergovernmental military alliance troops entered Kazakhstan on Thursday in an attempt to quell the protests. Security forces killed at least 26 protesters during the unrest, and 3,800 others have been detained with an additional 700 injured, Kazakhstan’s Interior Ministry said Friday, the AP reported.

In his address, Tokayev repeated claims that “foreign actors” and “independent media” aided in sparking the chaos, the AP reported. Chinese President Xi Jinping voiced support for Tokayev in light of the “large-scale riot” and praised him for taking “strong measures at critical moments and quickly calming down the situation.”

“As a fraternal neighbor and a long-term strategic partner, China is willing to provide necessary support within its means to Kazakhstan to help it get over this difficult period,” Xi said, the AP reported. Kazakhstan is a piece of China’s Belt And Road Initiative, and turmoil in the country could affect Beijing’s goal of closer trade and political relations with the continent, the AP reported.