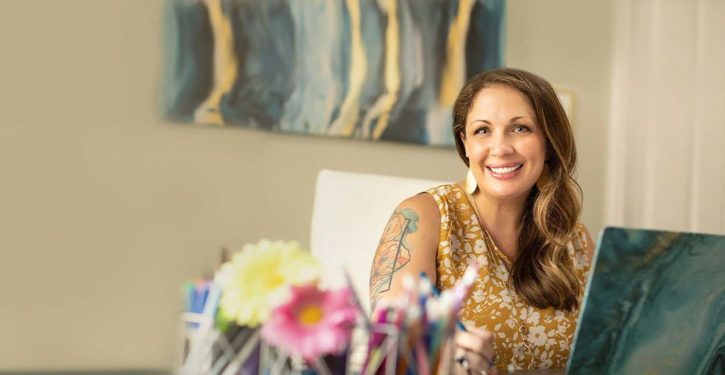 Despite a 7-2 Supreme Court ruling in favor of a Colorado baker, a number of creative professionals are fighting legal battles to protect their First Amendment rights.

While Jack Phillips, the owner of Masterpiece Cakeshop, prevailed at the Supreme Court in 2018, Jake Warner of the Alliance Defending Freedom (ADF) told the DCNF that the ruling did not settle a number of issues surrounding creative professionals, especially with regards to same-sex marriage.

“[T]he free exercise violation was so clear the Court didn’t even need to reach the free speech issue,” Warner said.

Warner told the DCNF that Phillips was treated “worse than every other cake artist in Colorado,” because the state refused to punish “secular cake artists” for declining certain messages while comparing “Jack’s religious beliefs to some of the worst things in our history.” (RELATED: WAGGONER: Beto O’Rourke’s Threat To Punish Churches Is A Head-On Threat To First Amendment)

“In Jack’s first case, the Supreme Court ruled that the state of Colorado acted with impermissible hostility against Jack and his faith,” Warner said. Phillips has since faced legal action for refusing to bake a cake celebrating a gender transition.

That limited ruling left other creative professionals to face complaints under anti-discrimination laws when they decline to use their creative talents in support of LGBT causes.

A Web Designer Takes Up The Fight

In one case that the Supreme Court will consider hearing in January, Lorie Smith, the owner of 303 Creative, sued Colorado over anti-discrimination laws which she claimed compelled her to express messages that conflicted with her religious beliefs.

Smith began her legal battle after following the case of Masterpiece Cakeshop. Her concern stemmed from the fact that she held what Warner described to the Daily Caller News Foundation as a “biblical view of what marriage means.”

A three-judge panel for the United States Court of Appeals for the Tenth Circuit ruled against Smith and her company in a divided ruling.

“In short, Appellants’ Free Speech and Free Exercise rights are, of course, compelling. But so too is Colorado’s interest in protecting its citizens from the harms of discrimination,” Senior Judge of the United States Court of Appeals for the Tenth Circuit wrote in the majority opinion, adding that “Colorado cannot defend that interest while also excepting Appellants from CADA.”

A representative from the Colorado Human Rights Commission declined to comment on the case due to the pending legal situation. 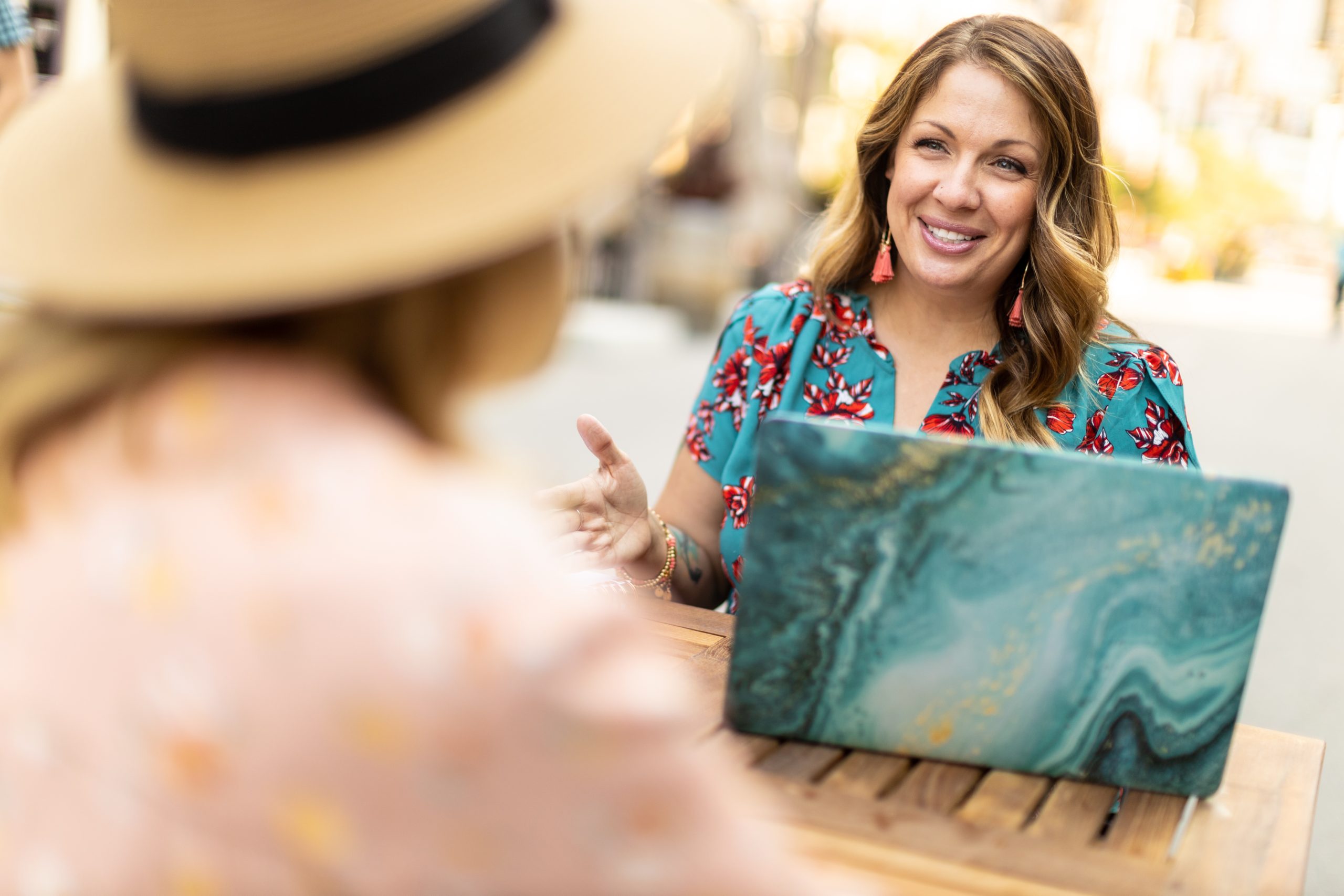 Could The Supreme Court Rule?

ADF filed an appeal on behalf of Smith. The public-interest non-profit is working on a response to a reply brief filed by Colorado on Dec. 8 in response to 303 Creative’s petition for a writ of certiorari.

The high court is expected to start considering whether to grant that petition on Jan. 7, the next scheduled conference. The DCNF was told that the Supreme Court may discuss Smith’s case over multiple Friday conferences before deciding whether or not to grant her petition for a writ of certiorari.

The Tenth Circuit’s ruling against Smith has created a split among appellate circuits (the Eighth Circuit ruled in favor of Carl and Angel Larsen). Such a split makes it more likely that the Supreme Court could take this case.

One case that gained prominence was that of Barronelle Stutzman, the proprietor of Arlene’s Flowers in Washington state. Stutzman’s legal battle began after she declined to provide custom floral arrangements for a long-time customer’s same-sex wedding in 2012.

“I thought we remained friends who kindly disagreed on an issue deeply important to both of us,” Stutzman related in a 2021 video statement released by ADF. The initial incident ended with a hug, according to accounts Stutzman provided.

“What followed were lawsuits filed against me and a concerted effort to either force me to change my religious beliefs or pay a devastating price for believing them including being threatened with the loss of my home, my business, and my life savings,” Stutzman said.

Stutzman settled the case this past November, claiming she was retiring.

“I’ve never had to compromise my conscience, or go against my faith,” she said.

A Preliminary Injunction In Minnesota

In Minnesota, the medium in question wasn’t flowers, it was film.

The owners of Telescope Media Group, Carl and Angel Larsen, who live in St. Cloud, sought to use film to “counteract the current cultural narrative undermining the historic, biblically-orthodox definition of marriage by using their media production and filmmaking talents to tell stories of marriages between one man and one woman that magnify and honor God’s design and purpose for marriage,” according to a complaint filed against the Minnesota Department of Human Rights in December, 2016 by ADF in a pre-enforcement challenge.

“A pre-enforcement challenge is a lawsuit brought to challenge a law that has not yet been enforced against the challenger,” an ADF backgrounder says. The backgrounder also notes that one common usage of this type of suit is when a person avoids speaking due to the threat of legal penalties.

The ADF complaint said that the Larsens would also decline to “design and create media productions” which they felt contradicted their faith, including those that promote abortion, racism, the degradation of women and violence in addition to those that promoted same-sex marriage. The complaint filed by ADF also stated that the Larsens “endeavor to refer the prospective client to another artistic specialist who can assist them” in those cases.

A federal district court dismissed the Larsens’ complaint, but the Larsens appealed to the United States Court of Appeals for the Eighth Circuit. The appeals reversed the dismissal in an August 2019 ruling, stating, “the First Amendment allows the Larsens to choose when to speak and what to say.” (RELATED: In Most Important Religious Liberty Ruling Yet, Federal Court Smacks State’s Attempt To ‘Compel’ Speech)

After the ruling, ADF and Minnesota Attorney General Keith Ellison reached agreement on a preliminary injunction, but Ellison and Minnesota Human Rights Commissioner Rebecca Lucero vowed to continue pursuing the case against the Larsens, claiming that ADF was an “extremist legal-advocacy group” and that by trying the case in district court, “we can establish a set of actual facts that are based in reality, not the fairy tale that Telescope is trying to tell.”

The Minnesota Attorney General’s office told the DCNF that the complaint was dropped. The Eighth Circuit’s ruling, though, still stands. 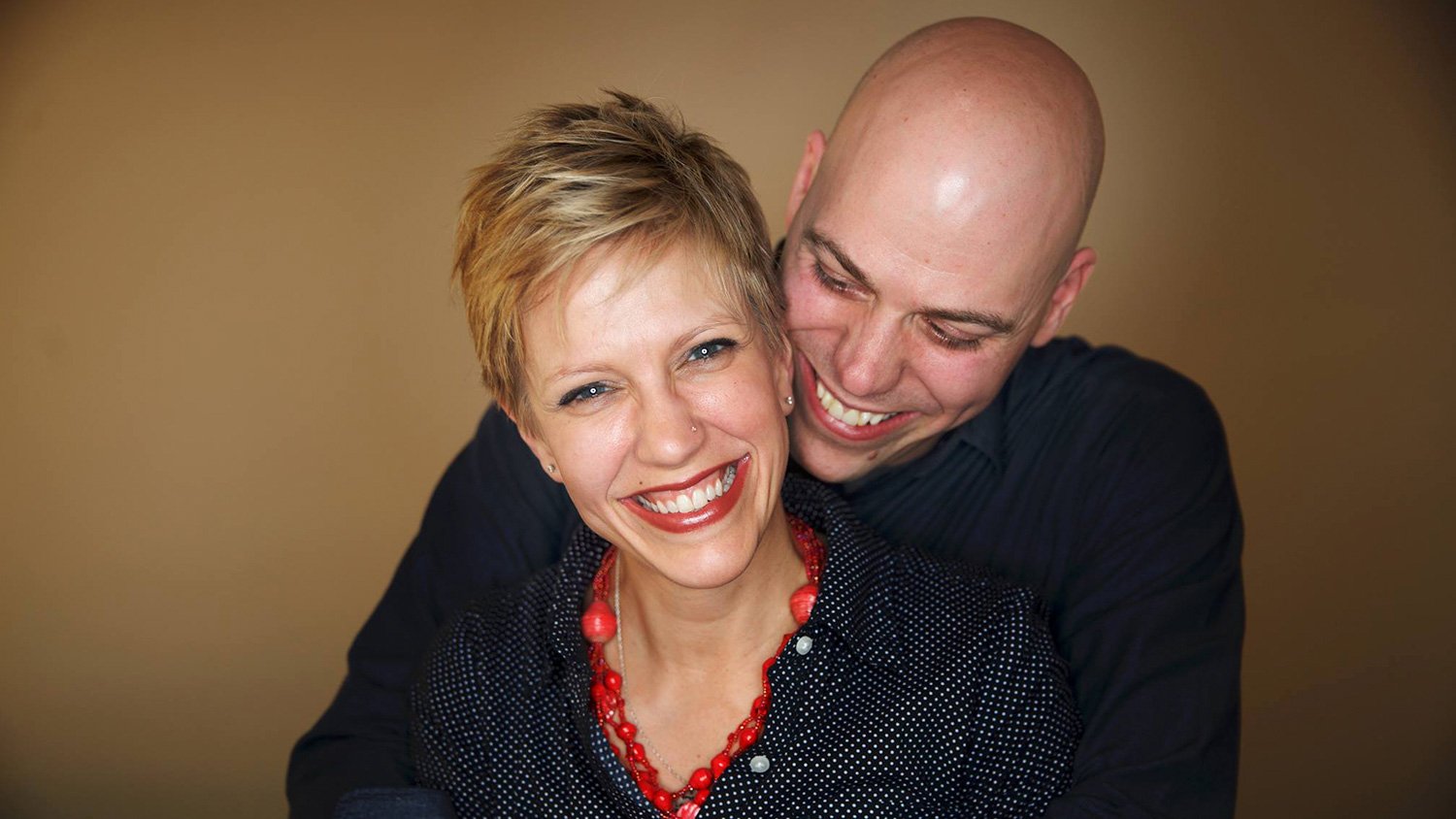 Kentucky Photographer Wins The First Round

In Kentucky, Chelsey Nelson faced a similar situation involving her business, which legal documents describe as a “photography studio where she photographs, edits photographs, and writes blogs to positively depict certain subjects, such as weddings.”

Despite stating in court documents that she would try to help clients whose requests conflicted with her religious beliefs to “another artist who could assist the prospective client,” Nelson claimed Louisville’s anti-discrimination law placed her at risk of “damages, court orders, and required compliance reports” according to an ADF blog post. Nelson sued in federal court to prevent enforcement of the law.

The Trump administration joined in the case, with the Justice Department filing a statement of interest on Feb. 27, 2020 backing Nelson. The filing cited the Eighth Circuit’s ruling involving the Larsens. (RELATED: Christian Wedding Photographer Challenges Virginia Law That Requires Him To Provide Service To Same-Sex Weddings)

Federal district Judge Justin R. Walker issued a preliminary injunction against the city on Aug. 14, 2020, writing, “The Constitution does not require a choice between gay rights and freedom of speech. It demands both.”

Both Nelson and Louisville filed motions for summary judgment since the injunction was granted. The Louisville-Jefferson County Metro Government did not respond to a request for comment from the DCNF. 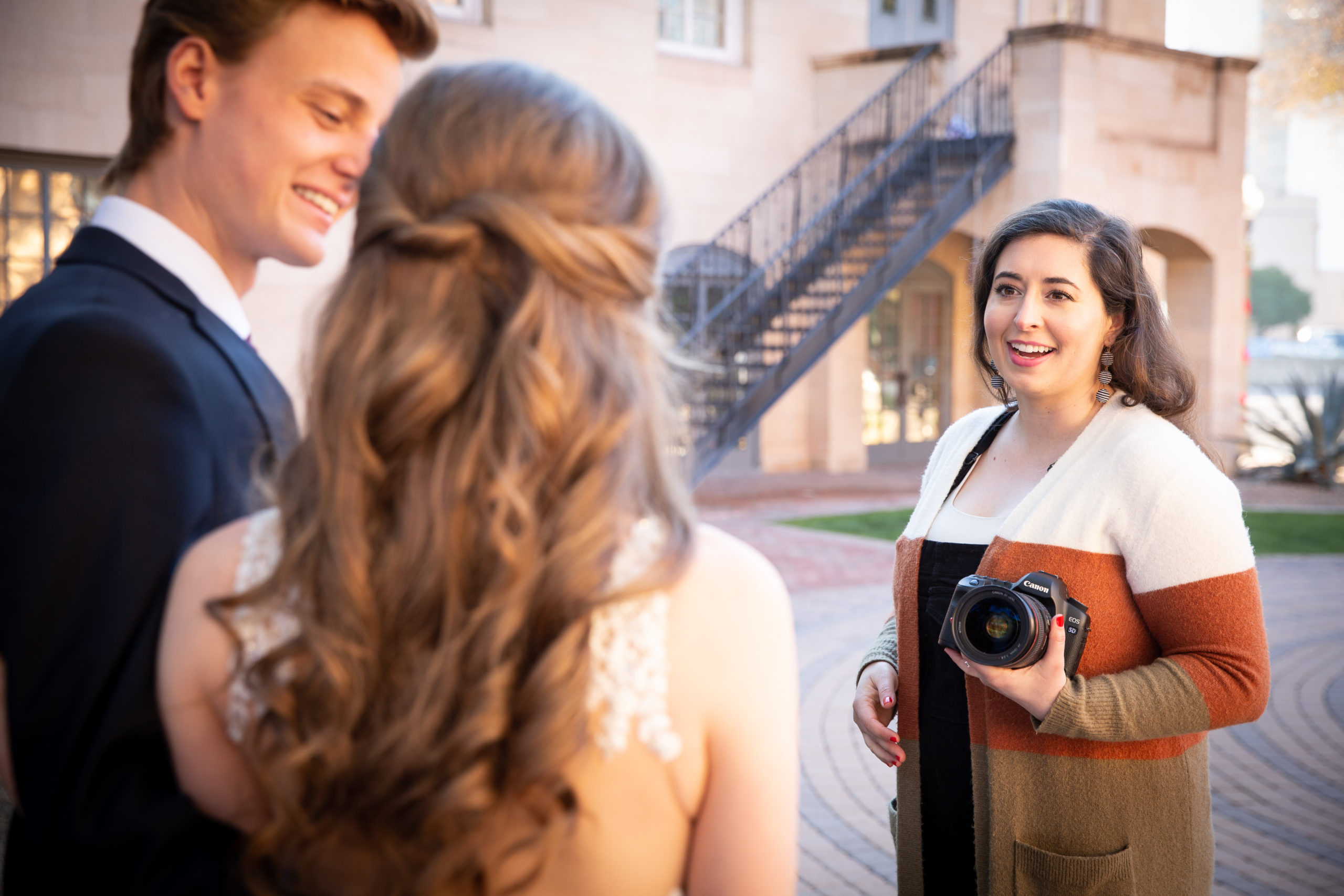 In 2012, GLSO filed a complaint against Adamson’s company, claiming that its refusal to print T-shirts promoting a gay pride festival was discrimination based on sexual orientation. The Lexington-Fayette Urban County Human Rights Commission found in favor of GLSO and ordered Adamson to give his employees “diversity training” and to stop discriminating on the basis of sexual orientation.

“For this reason, conveying a message in support of a cause or belief (by, for example, producing or wearing a t-shirt bearing a message supporting equality) cannot be deemed conduct that is so closely correlated with a protected status that it is engaged in exclusively or predominantly by persons who have that particular protected status. It is a point of view and form of speech that could belong to any person, regardless of classification,” the court said in a 2-1 ruling issued in May 2017. (RELATED: Judge Wants To Force A Printer To Make Pro-Gay T-Shirts)

The commission’s appeal to the Kentucky Supreme Court, which upheld the appeals court’s ruling unanimously, but claimed that GLSO lacked standing to file a complaint. One justice commented on the First Amendment issues raised in the case.

“From a shirt displaying a presidential campaign, to that carrying the name of a middle school soccer team, t-shirts carry messages and thus, their creation is not simply conduct but is inherently expressive,” Kentucky Supreme Court Justice David Buckingham wrote in a concurring opinion. 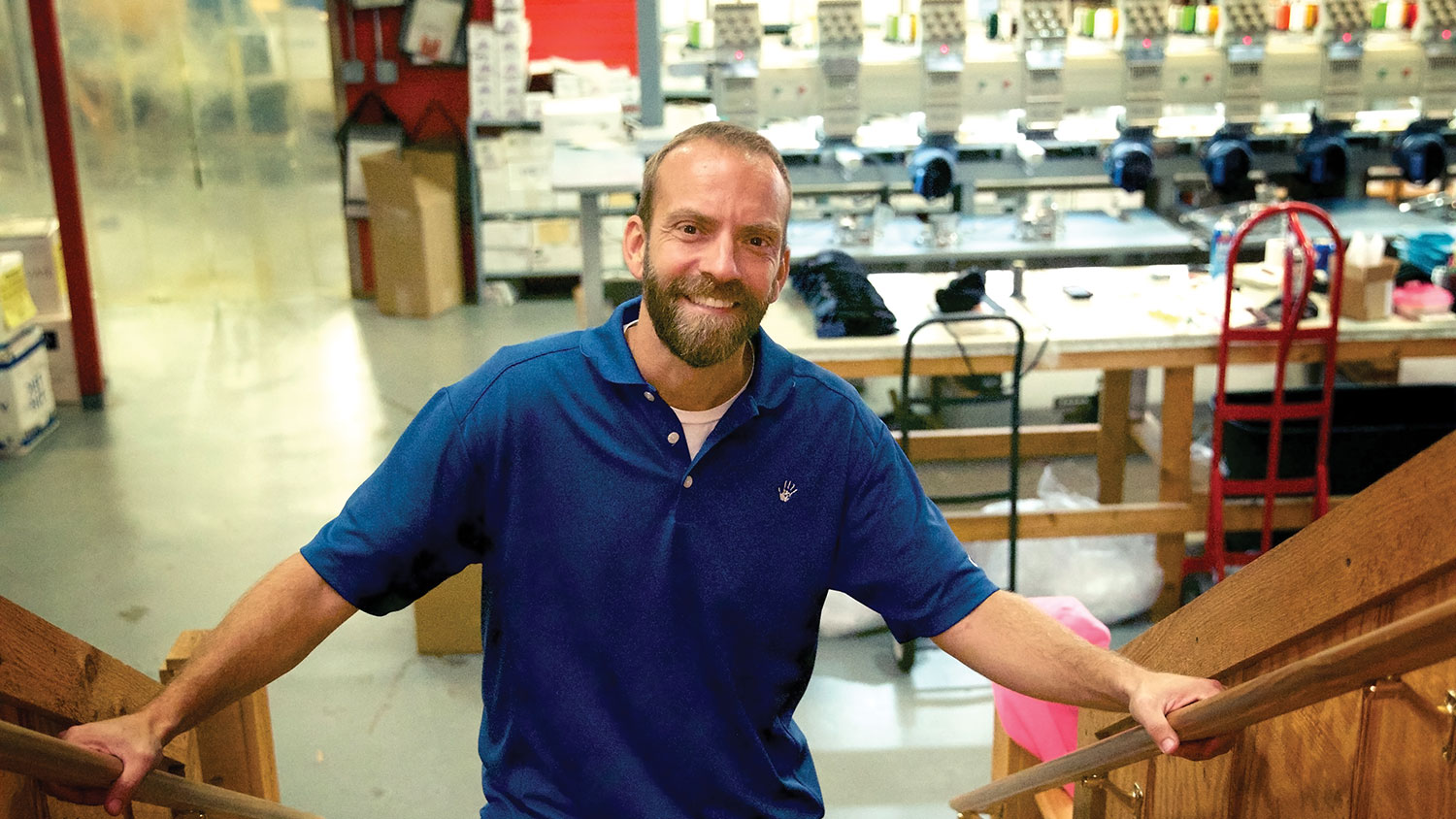 Blaine Adamson, who won his case at the Kentucky Supreme Court. (ADF)

Disgraced ex-New York Governor ordered to return $5.1 million in pandemic book profits to state
Next Post
Bill of Rights added and national flag chosen on this day; Name of Bill of Rights architect removed from schools