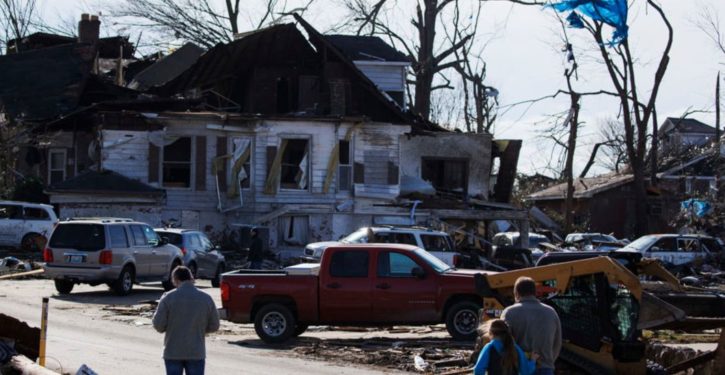 Democratic Kentucky Gov. Andy Beshear labeled the disaster “the worst, most devastating, most deadly tornado event” in the state’s history, according to Axios.

The outlet reported that storm winds carried some debris up to 30,000 feet and added that one weather station in Mayfield, Kentucky reported wind gusts of 107 mph. (RELATED: Terrifying Video Shows A Tornado Ripping Through An Airfield).

At least 70 people across Kentucky, Illinois, Missouri, Arkansas and Tennessee were confirmed dead as of Saturday night, CBS News reported.

More are expected to be recovered from the rubble of a Mayfield candle factory that collapsed during the storm, rendering 110 people unable to escape.

President Joe Biden approved Kentucky’s state of emergency declaration which will allow FEMA to coordinate disaster relief inside the state along with other federal agencies, CBS reported.

He announced he will approve declarations from others once they are submitted, the outlet added.

This morning, I was briefed on the devastating tornadoes across the central U.S. To lose a loved one in a storm like this is an unimaginable tragedy. We’re working with Governors to ensure they have what they need as the search for survivors and damage assessments continue.

“The President asked each Governor what his state needs and how he can be most supportive,” Biden’s call read.

“The President expressed his commitment to delivering assistance as quickly as possible to impacted areas via FEMA. The President asked the Governors to call him directly if there is any Federal support they need and said he will remain focused on doing everything he can to help communities recover from the effects of this historic storm.”

California court approves lying to voters to pass bonds
Next Post
‘The Emergency Is Over’: Democratic Gov. Jared Polis Explains Why He Won’t Bring Back Mask Mandates 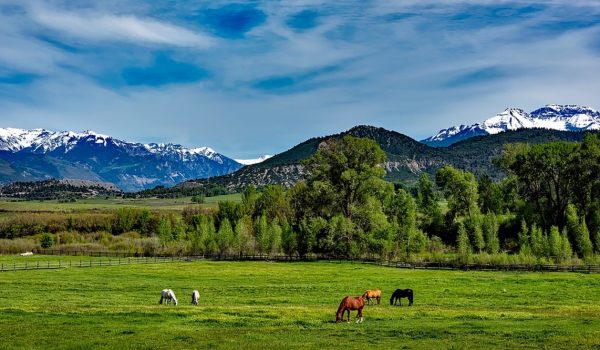