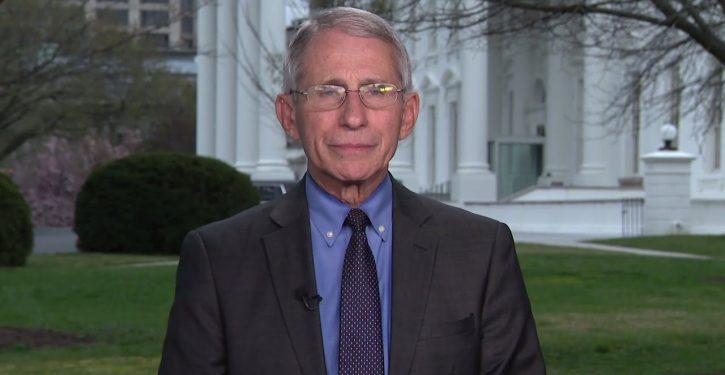 There’s very little evidence so far to support the idea that the omicron variant of COVID-19 is more dangerous than others that have already passed through the population.

Scientists who have studied the variant and its mutations generally believe it to be more contagious than the original alpha variant and recently-dominant delta variant, but it’s unclear if it actually makes people sicker or is more evasive to the body’s immune response.

What’s known so far is that omicron has 32 mutations on its spike protein, compared to just nine for delta. That has caused some panic, because the spike protein is the part of the virus targeted by vaccines. It’s also known that omicron is not a direct descendent of the delta strain. (RELATED: WHO Admits It Skipped Over ‘Xi Variant’ To Avoid ‘Causing Offence’)

Most scientists believe the new variant is more contagious, and evidence on the ground supports that. The positivity rate for COVID-19 tests in South Africa is climbing, particularly in the Gauteng province where the main outbreak is located. South African scientists say that the variant appears to be more transmissible, but there isn’t yet concrete evidence that omicron can evade vaccine immunity or that it is more deadly than other strains.

Hospitalizations have increased in Gauteng province by a substantial amount. However, that may be due to the increased spread of the variant causing higher case numbers. It is not yet clear that the actual rate of hospitalization is increasing substantially with the new variant. The increase could be caused by the fact that only about 25% of South Africans are vaccinated.

South African Dr Angelique Coetzee first raised the alarm over the Omicron variant and says the rest of the world is over-reacting.

"Patients I've seen had mild symptoms and recovered. None were admitted and no oxygen was needed. The hype makes no sense to at all."@JuliaHB1 pic.twitter.com/c14pbzveN6

The South African doctor who initially identified omicron said that, in the small sample of patients she saw, symptoms were mild and not particularly alarming. She saw mostly younger, healthy patients and cautioned that outcomes may be worse for the elderly like they have been with previous strains.

President Joe Biden said Monday that the variant was cause for concern but not panic. Still, the administration banned entry for most travelers from a number of countries in southern Africa. Not all of those countries have positively identified omicron in their borders yet, though, and a growing number of countries that have confirmed cases of omicron are not being subjected to travel bans. (RELATED: Fauci Says It’s ‘Possible’ New COVID-19 Variant Is Already In US)

countries banned because of the omicron variant
vs.
countries with confirmed omicron cases pic.twitter.com/7HAxx03KfE

Some South African leaders have complained that the country is being punished with travel bans for discovering and sequencing the variant, although it was health authorities in Botswana that first alerted the world about the variant.

In addition to the travel ban, some officials and media members are preparing for the worst. Dr. Anthony Fauci said the variant is more reason for Americans to get vaccinated and that Americans must be ready to do whatever it takes to stop the spread of omicron.

National Institutes of Health director Francis Collins went on CNN to remind Americans that Omicron means the virus is “still in control.” According to The New York Times, the variant is already “upending” the global pandemic response.

The stock market has responded to the news of the new variant with some panic. The S&P500 declined sharply Friday, but is recovering somewhat Monday.