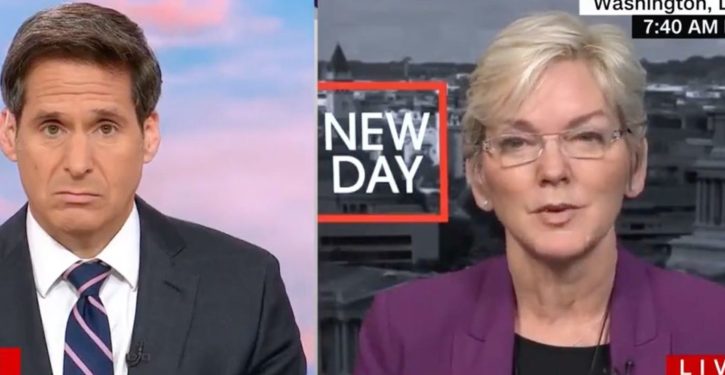 “The president is all over this,” Granholm said during a CNN interview Monday. “He really is very concerned about, you know, inflation, obviously, and the price of gasoline because that’s the most obvious manifestation of it. As you know, no president controls the price of gas, oil is sold on a global market.”

“It is, as we see, as everybody is coming out of COVID, there is a huge increase in demand, the supply has not caught up,” she continued. “So, the president is looking at the limited tools that he has. I have nothing to announce on this, but know, he is looking at and evaluating all his options, limited though they may be in the United States.”

The energy secretary was asked what the administration was “doing today” to give Americans relief at the pump. Granholm and other administration officials have repeatedly waved off criticism that the president’s policies are to blame for rising energy costs, instead blaming foreign powers for not producing enough oil and natural gas. (RELATED: ‘That Is Hilarious’: Energy Secretary Cackles When Asked About Rising Gasoline Prices)

Biden, Granholm and other officials have directed much of their ire at the Organization of the Petroleum Exporting Countries (OPEC), the cartel that determines how much oil Middle Eastern nations will collectively produce. Oil prices, which are directly tied to inflation and gasoline prices, surged earlier this month after OPEC again rejected Biden’s calls for increased output.

Meanwhile, the Biden administration has taken a hard stance against domestic fossil fuel production amid the energy crisis. Immediately after taking office, Biden canceled the Keystone XL pipeline, ditched a large drilling project in Alaska, banned new oil and gas leasing on federal lands and confirmed it was reviewing the possibility of shutting the key Line 5 pipeline in Michigan.

On Monday, the administration moved to halt oil and gas leasing on a large swath of land in New Mexico, The New York Times reported. The White House also said it opposed the sale of a major drilling rig in the Gulf of Mexico that is expected to produce more than one billion barrels of oil in a statement to HuffPost.

“This administration is floundering, truly floundering. They have no policy except that they’re at the altar of green energy,” Republican Ohio Rep. Bob Latta, a member of the House Energy and Commerce Committee, told the Daily Caller News Foundation in an interview Friday. (RELATED: ‘A National Security Issue’: Republicans Take Aim At Democrats Over Rising Gas Prices, Energy Costs)

The price of gasoline in the U.S. reached its highest level in eight years, according to the Energy Information Administration. The average cost at the pump remained at $3.42 per gallon Monday, up about 60% compared to a year ago, a AAA database showed. 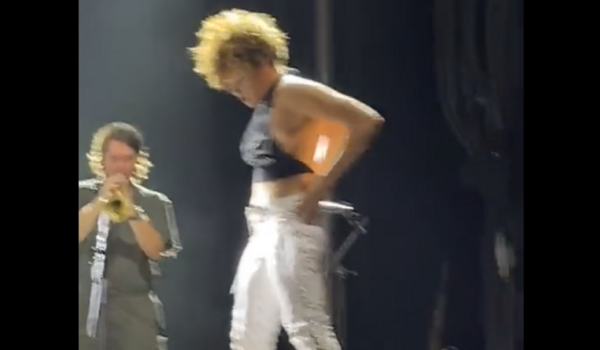