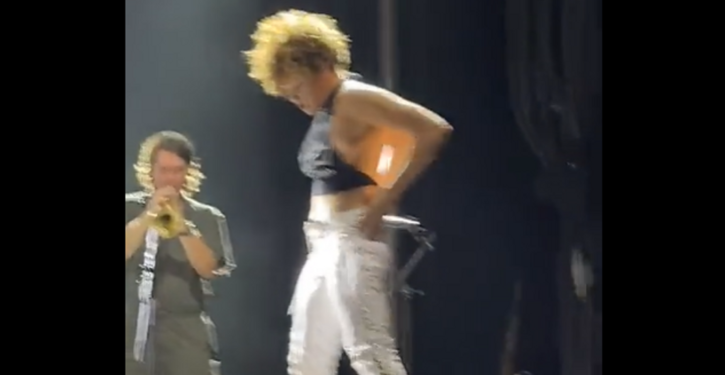 A singer for the cover band Brass Against is under fire after urinating on a fan’s face during their set at a music festival Thursday evening.

Sophia Urista, a frontwoman for the cover band, was performing at Welcome to Rockville at Daytona International Speedway in Florida when she told the crowd she needed a bathroom break, The Independent reported.

“I gotta pee, and I can’t make it to the bathroom,” Urista announced, according to the outlet. “So we might as well make a show out of it.” During the rendition of “Wake Up” by Rage Against the Machine, the rockstar brought a male fan on-stage before beginning her antics. (RELATED: Lana Del Rey Pauses Concert To Search For Vape Pen)

“Get my man with the can on his head ready, ’cause we’re going to bring him onstage and I’ma piss in this motherfucker’s mouth,” Urista said before crouching over the man’s face and urinating on him, The Independent reported.

After Urista finished, the fan grabbed some of the urine and threw it into the audience. Urista then yelled at him, demanding security to kick him off stage. “Security, get him the fuck out of here!” she said, according to Yahoo News. “Get the fuck out of here, you’re done!”

Brass Against later posted on social media to apologize for the singer’s repulsive actions.

“We had a great time last night at Welcome to Rockville. Sophia got carried away. That’s not something the rest of us expected, and it’s not something you’ll see again at our shows. Thanks for bringing it last night, Daytona,” the band posted on Twitter.

Democrats refused to refill oil reserve when oil was cheap, costing taxpayers billions
Next Post
Granholm Says Biden Is ‘All Over’ Gas Prices, Can’t List Any Policies To Lower Prices 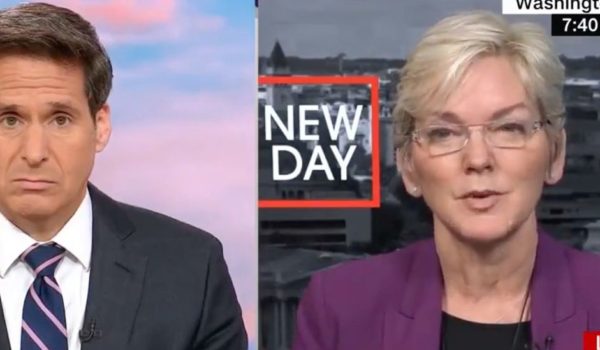