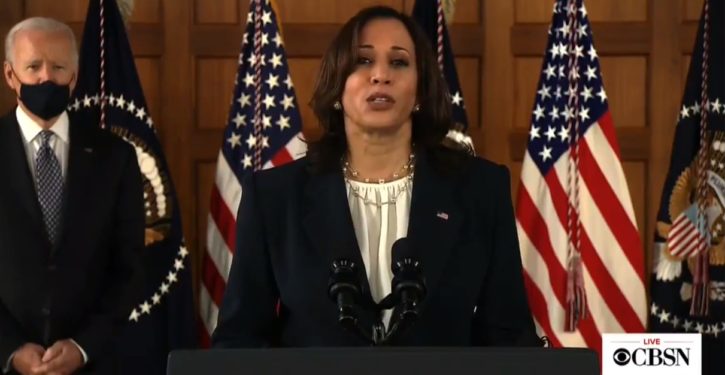 The Democrats have a 2024 conundrum, with heir apparent Vice President Harris presenting a maze of questions and complications. Let’s start with the foundational problem: her boss, President Biden.

Furthermore, a mid-October NPR-Marist poll revealed that 44 percent of Democrats and Democratic-leaning independents thought “someone else” besides Biden would have the best chance of winning the presidency.

Maybe now Biden is rethinking his March 25 statement: “My plan is to run for reelection, that’s my expectation.” After all, Biden’s “expectation” might be thwarted by the growing perception that he is a weak leader not up to the task of governing and shaken by the shellacking Democrats received in last week’s elections.

Democratic strategists dream of a turnaround after a potential string of legislative victories. But with inflation soaring, their nightmare is the 2022 midterm elections warning of a red tidal wave, with Republicans likely to win control of the House and perhaps the Senate.

And the wave could crush Harris if she stars in a potential Republican attack ad. In the final days of the tight Virginia gubernatorial race, while campaigning with Democratic nominee Terry McAuliffe, Harris displayed a stunning lack of political savvy when she said, “What happens in Virginia will, in large part, determine what happens in 2022, 2024 and on.”

Harris violated a cardinal political rule — never publicly state the future meaning of a race that your candidate could lose — and her candidate was walloped.

If the midterms turn out to be a Democratic repudiation, stick a fork in Joe Biden’s presidency and expect the following questions to occupy copious amounts of cable bandwidth.

1) When will Biden announce that he is not running for reelection?

Certainly earlier than President Lyndon Baines Johnson when he announced his decision not to seek a second term on March 31, 1968 — only eight months from Election Day.

Herein lies the dilemma: The earlier Biden announces his lame-duck status, the more his power decreases, reflecting the aura of a failed presidency. So, naturally, attention then shifts to the Democrats’ presidential horse race. But more consequential is the national security perspective if enemies think a “defeated” Biden signals an opportune time for aggression.

Conversely, the longer Biden delays his announcement, the more those seeking the nomination will be handicapped. Nearly two years are needed for an organizational build-up to raise the megamillions of dollars required to wage a successful presidential primary campaign.

2) Will Harris pressure Biden to announce his 2024 plans early? Then she could begin acting like a president-in-waiting while potentially keeping her primary opponents at bay.

3) If Biden announces that he will be a one-term president, when will he endorse Harris as his successor? Or will Biden choose to mimic Obama in 2020? Remember, Obama held off endorsing his former vice president until April 14, after Biden had clinched the nomination — most likely to avoid embarrassment.

But will Harris even want Biden’s endorsement if his job approval rating is below 40 percent? In that case, will she seek to separate herself from him? Any of these scenarios will be an awkward, clumsy dance between Joe and Kamala.

So what if in early 2023 her ratings are still low, and general election match-up polls show her losing to most or all potential GOP opponents? How then do Democratic presidential candidates wage a primary campaign to defeat the incumbent vice president who is both the first woman and first racial minority to hold that office?

5) Will Democrats elect Harris as their nominee because it’s “her turn”? Historically, the “it’s their turn” strategy does not end well for either party. (See Clinton, Hillary 2016.) White House winners are usually charismatic leaders with their fingers on the nation’s pulse, and Harris falls short on both. President Biden was a notable exception. He was hardly charismatic but fit the bill when Americans sought a “no drama return to normalcy” after four years of President Trump.

6) What if in 2024 Harris is the incumbent president either through an unspeakable event or because Biden resigns for “health reasons” to give Harris an electoral advantage? Anything can happen between now and 2024.

7) Will Republicans support Harris’s candidacy by sending her money and forming pro-Harris groups as a ruse to help her win the 2024 nomination? “Yes” is my guess.

Finally, it appears the American people are just not that into Harris. She rubs many voters the wrong way — branded as an uninspiring leftist and weak leader — although she’s credited with a historical gender and race breakthrough.

Now, imagine a 2024 election between Kamala Harris and Donald Trump. It would be MAD (Mutually Assured Destruction) with an unpopular sharp-tongued incumbent female vice president taking on a twice-impeached former president with authoritarian tendencies avenging his 2020 defeat. Our nation deserves better.

New Study: Media’s Coverage Of CRT Has Been ‘Misleading,’ ‘Slanted,’ And ‘Dismissive’
Next Post
A Record Number Of Workers Quit Their Jobs In September As Labor Shortage Worsens 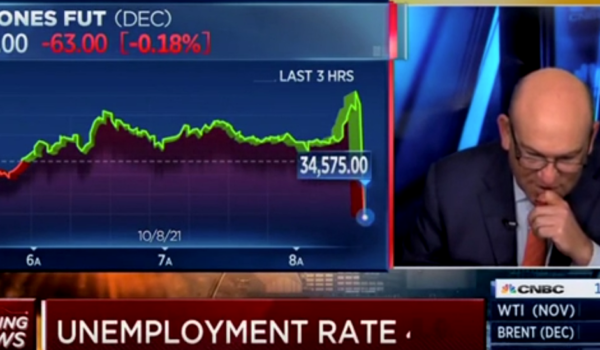