The Biden administration earlier claimed that only 100 Americans were left behind in Afghanistan, after the Taliban took over the country. But in October, it admitted there were 400 Americans trapped in Afghanistan. And now, it’s privately admitting to Congress that up to 14,000 U.S. legal permanent residents are still stuck in Afghanistan, where a wave of revenge killings is taking place. Foreign Policy reports:

The State Department believes as many as 14,000 U.S. legal permanent residents remain in Afghanistan, Foreign Policy has learned, as the agency faces increasing scrutiny from Congress about the status of U.S. citizens and green card holders that are still stranded in the Taliban-controlled country.

The finding, disclosed by a congressional aide familiar with the matter, has been transmitted by the State Department to aides on Capitol Hill in private….The new number sheds light on the extent to which the United States’ chaotic withdrawal from Afghanistan left U.S. citizens, residents, and important Afghan allies in the lurch as a lightning-fast Taliban offensive swept across the country….In the month after the U.S. withdrawal, the State Department repeatedly said there were around 100 U.S. citizens still in the country seeking to leave—until it revealed in recent weeks there were around 400 people.

The rapid U.S. withdrawal and Taliban takeover left many Afghan allies and their family members in hiding as they awaited news on escape routes out of the country. Some who were left behind were killed by the Taliban or other militant groups in revenge killings…Rep. Michael McCaul…expressed frustration at the lack of progress in evacuating U.S. citizens trapped in the Afghan northern city of Mazar-i-Sharif.

Some states are missing dozens of citizens who went to Afghanistan. For example, there are at least 43 Connecticut residents still trapped in Afghanistan. “Their school teachers are calling me asking me where are the students. The 10-year-old student from New Haven who is stuck in Kabul is sending me voicemail messages,” Chris George, executive director of IRIS said. “They’re running out of food and yes, they are running out of hope,” George said.

The Biden administration consistently made false claims during the fall of Afghanistan. This summer, President Biden claimed that “the Taliban overrunning everything and owning the whole country is highly unlikely.” But less than a month later, the Taliban had seized control of Afghanistan.

Biden wrongly claimed that “there’s going to be no circumstance where you see people being lifted off the roof of the embassy of the United States from Afghanistan.” But people fled in helicopters as the Taliban approached our embassy, in what has been called “Joe Biden’s Saigon.”

“Rarely has an American president’s predictions been so wrong, so fast, so convincingly as President Biden on Afghanistan,” notes Axios, which usually is sympathetic to Democrats.

The Biden administration failed Americans in Afghanistan, but not as badly as it failed our Afghan staff and interpreters. The U.S. gave the names of Afghan allies to the Taliban, and evicted 50-100 Afghan allies from a plane in order to make space for a useless war trophy (an inoperable Toyota pickup). That left U.S. allies stranded in Afghanistan, where they could be tortured and killed by the Taliban.

The Biden Administration brought 124,000 Afghans to the U.S. by the end of August. But most of them never worked for the U.S. and were not in danger of being killed if they remained in Afghanistan. Many were economic migrants, not refugees.

The U.S. left more than 2,000 armored vehicles and dozens of aircraft behind to be seized by the Taliban, notes Reuters. That included valuable Humvees and Black Hawk helicopters. In its abrupt and disorganized departure from Afghanistan, the Biden administration left behind billions of dollars worth of military equipment that was promptly taken by the Taliban. “Billions of U.S. taxpayer dollars going to Islamist extremists, thanks to the administration’s hasty withdrawal,” said Julian Röpcke. “Now every Taliban fighter gets his own Ford, Toyota, humvee” or armored personnel carrier. 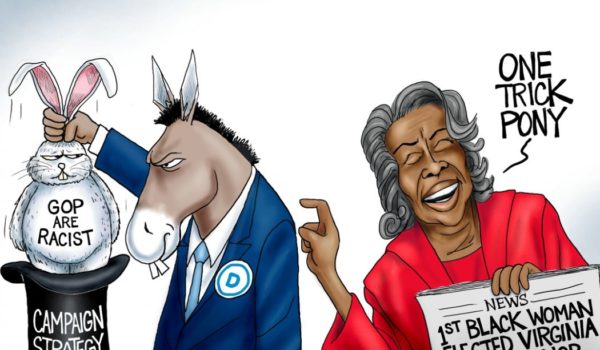 Cartoon of the Day: Winsome for Freedom
Next Post
ABC Panelist: White Parents Shouldn’t Have A Say In The Classroom Because White People Were ‘Participants’ In ‘Oppression’ 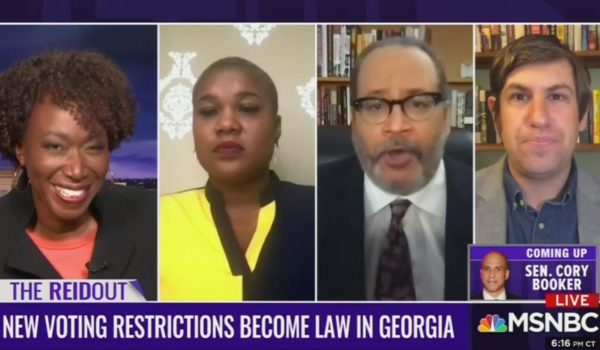