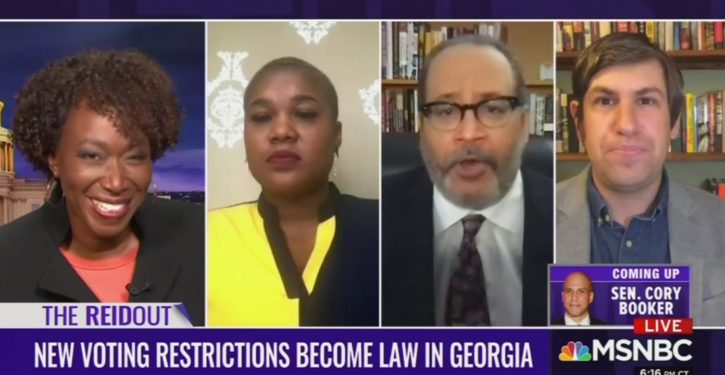 Dr. Michael Eric Dyson, a Reverend and professor at Vanderbilt University, told the co-hosts of “The View” that he believes white parents should not condemn Critical Race Theory-inspired lessons because white people “have been participants in a particular problem of oppression.”

During a promotional interview for his latest book “Entertaining Race,” Dyson said that Republicans have neatly “package[d] up” CRT into a boogeyman for parents. The Reverend argued that CRT — in its original form of collegiate level studies — is far less menacing than parents believe it is.

“Critical race theory is trying to find out the conditions that we need to be rescued from as human beings,” Dyson said. “It’s [used] to look at not individuals but institutions.”

Co-host Ana Navarro told viewers that critical race theory is not being taught in K-12 schools nationwide. Co-host Sonny Hostin called the pushback against CRT a “manufactured culture war” and is a “rollback of history in our classrooms.” (RELATED: Meghan McCain Blasts ‘Mainstream Democrats’ As ‘Tone Deaf’ And ‘Radical’)

When asked about race-based teachings, including segregating kids by race or asking them to identify their privilege, Dyson argued that white people should not be telling people how to relieve racism in the classroom because they were once participants in oppression.

“You can’t just ask white brothers and sisters who have been participants in a particular problem of oppression how to relieve it,” Dyson said. “White comfort cannot be the predicate for making sure that race is a strategy that shouldn’t be used.”

Up to 14,000 U.S. residents are still trapped in Afghanistan
Next Post
‘That Is Hilarious’: Energy Secretary Cackles When Asked About Rising Gasoline Prices 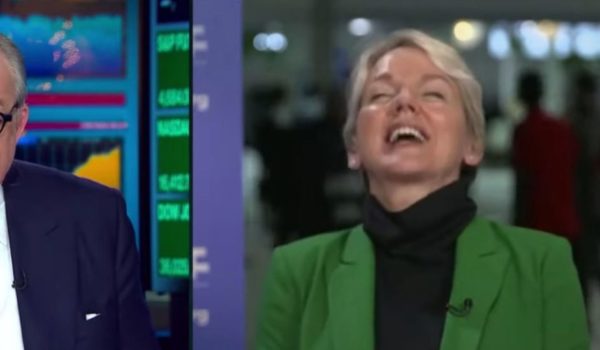